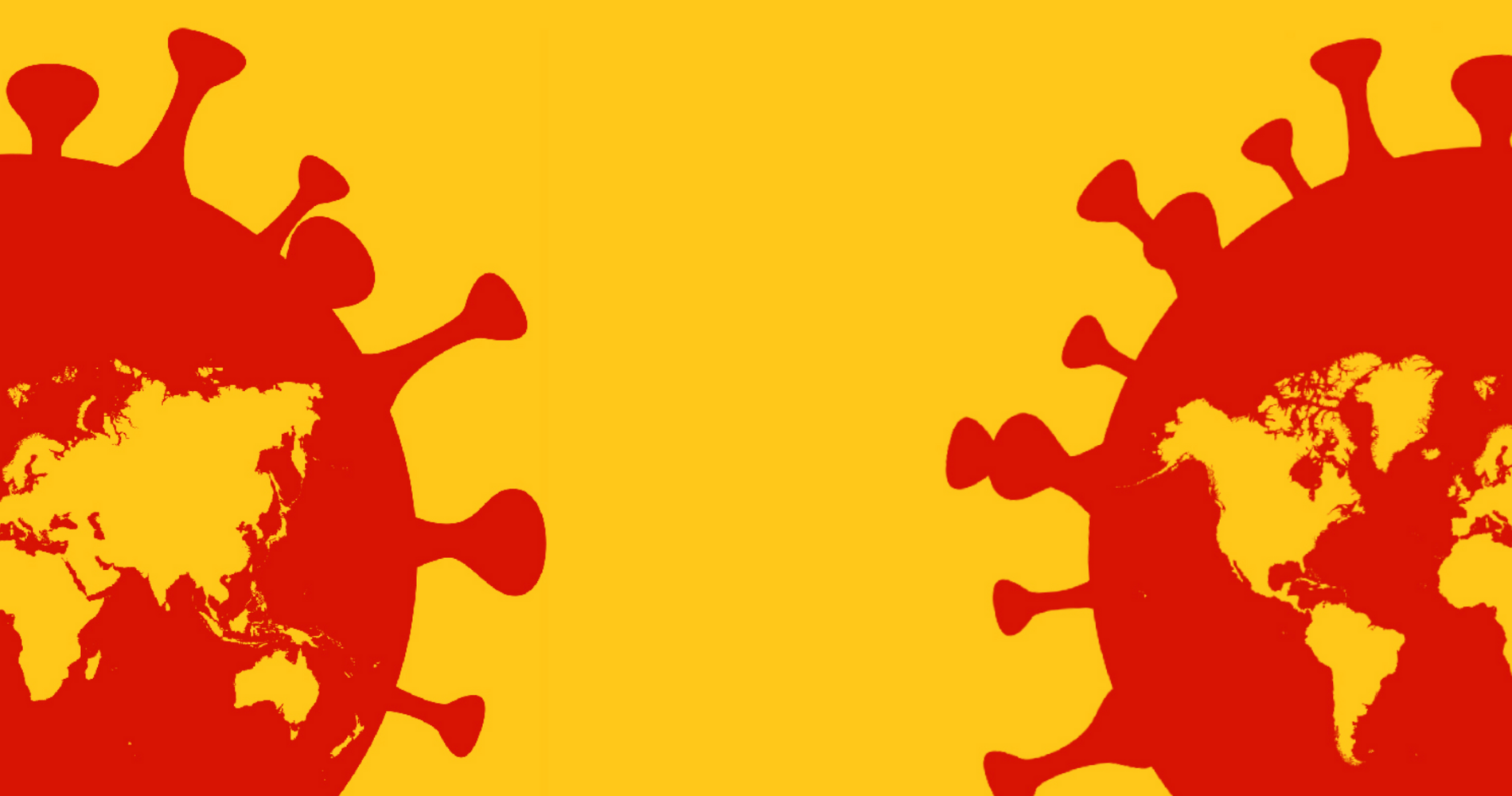 COVID-19 is an early alert for more serious global crises. So far, the international community has failed — but it’s not too late to get it right.
By John Feffer | October 21, 2020

If the current pandemic is a test of the global emergency response system, the international community is flunking big time.

It has done just about everything wrong, from the failure to contain the virus early on to the lack of effective coordination thereafter. As the predicted second wave begins to build — the world is now adding over 400,000 new cases per day — it is truly disheartening to think that the international community hasn’t really learned any lessons from its snafu.

Sure, some countries have successfully managed the crisis. South Korea, despite several superspreading outbreaks, has kept its death toll to below 450, which is fewer than Washington, D.C. alone has suffered. Thailand, Vietnam, Uruguay, and New Zealand have all done even better to address the public health emergency.

After its initial missteps, China has managed not only to reopen its economy but is on track for modest growth in 2020 even as virtually all other countries confront serious economic contractions.

It’s not too late for the rest of the world. Robust testing, tracing, and quarantining systems can be set up in all countries. Richer nations can help finance such systems in poorer countries. Governments can penalize non-compliance. Even before a vaccine is universally available, this virus can be contained.

But perhaps the most important takeaway from the COVID-19 experience so far has little to do with the virus per se.

The pandemic has already killed more than a million people, but it is not about to doom humanity to extinction. COVID-19’s mortality rate, at under 3 percent, is relatively low compared to previous pandemics (around 10 percent for SARS and nearly 35 percent for MERS). Like its deadlier cousins, this pandemic will eventually recede, sooner or later depending on government response.

Other threats to the planet, meanwhile, pose greater existential dangers.

At a mere 100 seconds to midnight, the Doomsday Clock of The Bulletin of Atomic Scientists now stands closer to the dreaded hour than at any point since its launch in 1947. As the quickening pace of this countdown suggests, the risk of nuclear war has not gone away while the threat of climate change has become ever more acute. If fire and water don’t get us, there’s always the possibility of another, more deadly pandemic incubating in a bat or a pangolin somewhere in the vanishing wild.

Despite these threats, the world has gone about its business as if a sword were not dangling perilously overhead. Then COVID-19 hit, and business ground to a halt.

The environmental economist Herman Daly once said that the world needed an optimal crisis “that’s big enough to get our attention but not big enough to disable our ability to respond,” notes climate activist Tom Athanasiou. That’s what COVID-19 has been: a wake-up call on a global scale, a reminder that humanity has to change its ways or go the way of the dinosaur.

Athanasiou is one of the 68 leading thinkers and activists featured in a new report from the Institute for Policy Studies, the Transnational Institute, and Focus on the Global South. Now available in electronic form from Seven Stories Press, The Pandemic Pivot lays out a bold program for how the international community can learn from the experience of the current pandemic to avoid the even more destructive cataclysms that loom on the horizon.

The Path Not Taken

Let’s imagine for a moment how a reasonable world would have responded to the COVID pandemic when it broke out late last year.

As the virus spread from Wuhan in January, there would have been an immediate meeting of international leaders to discuss the necessary containment measures. The Chinese government closed down Wuhan on January 23 when there were fewer than 1,000 cases. At the same time, the first cases were appearing in multiple countries, including the United States, Japan, and Germany. On January 30, the World Health Organization (WHO) declared the pandemic a global health emergency.

Instead of working together on a plan, however, countries pursued their own approaches that ranged from the sensible to the cockamamie, the only common element being the restriction of travel and the closure of borders.

The United States and China, embroiled in a full-spectrum conflict over trade, technology, and turf, were barely talking to each other, much less working together to contain this new threat. The United Nations didn’t get around to discussing the pandemic until April. There was precious little sharing of resources. In fact, many countries took to hoarding medical supplies like drugs and personal protective equipment.

To be sure, scientists were sharing knowledge. The WHO brought together 300 experts and funders from 48 countries for a research and innovation forum in mid-February.

Political leaders, however, were not really talking to each other or coordinating a cross-border response. Indeed, a number of leaders were running screaming in the opposite direction.  Donald Trump stepped forward to head up this denialist camp, followed by Jair Bolsonaro of Brazil and Andrés Manuel López Obrador of Mexico. Authoritarian leaders like Rodrigo Duterte of the Philippines and Daniel Ortega of Nicaragua focused on consolidating their own power rather than fighting the disease.

As the global economy went into a tailspin, there was no international effort to implement measures to contain the damage. Countries like the United States refused to lift economic sanctions on countries hard hit by the virus. International financial institutions issued debt moratoria for the poorest countries but have yet to consider more substantial restructuring (much less loan forgiveness). Trade wars continued, particularly between Beijing and Washington.

Conflict has not been confined to the level of trade. A sane world would have not only rallied around the UN secretary general’s call for a global ceasefire in conflicts around the world, it would have actually enforced a cessation of hostilities on the ground. Instead, wars have continued — in Yemen, Libya, Afghanistan. New violence has erupted in places like the disputed Nagorno-Karabakh region between Armenia and Azerbaijan.

Military spending and the arms trade have continued unchecked. At this time of unprecedented economic need, countries continue to pour funds into defending against hypothetical threats rather than to defeat the enemy that is currently killing people on their territory. Both the United States and China are increasing their military spending for next year, and they’re not the only ones. Hungary announced in July an astonishing 26 percent increase in military spending for 2021 while Pakistan is increasing its military expenditures by nearly 12 percent for 2020-2021.

Meanwhile, on this economically polarized planet, the ones who have borne the brunt of this pandemic are the poor, the essential workers, and all the refugees and migrants currently on the move. The stock market has recovered its value. Everyone else has taken a hit.

The international community took a giant step backward in its fight against COVID-19. Rather than build on the cooperation established in the wake of the SARS epidemic, countries suddenly acted as if it were the 19th century all over again and they could only fall back on their own devices. The hottest heads prevailed during this crisis: right-wing nationalists like Trump, Bolsonaro, Vladimir Putin, and Narendra Modi, who not coincidentally head up the four most afflicted countries.

It’s not too late for a pandemic pivot, a major shift in strategy, perspective, and budget priorities.

The Pandemic Pivot looks at how COVID-19 is changing the world by showing us (briefly) what a radical cut in carbon emissions looks like, dramatically revealing the shortcomings of economic globalization, distinguishing real leadership from incompetent showboating, and proving that governments can indeed find massive resources for economic restructuring if there’s political will.

Our new book lays out a progressive agenda for the post-COVID era, which relies on a global Green New Deal, a serious shift of resources from the military to human needs, a major upgrade in international cooperation, and a significant commitment to economic equity. Check out our new video to hear from the experts quoted in the book.

The coronavirus forced leaders around the world to hit the pause button. Even before the pandemic recedes, many of these leaders want to press rewind to return to the previous status quo, the same state of affairs that got us into this mess in the first place.

We can’t pause and we can’t rewind. We need to shift to fast forward to make our societies Greener, more resilient, and more just — or else we will sleep through the wake-up call of COVID-19.

We won’t likely get another such chance.