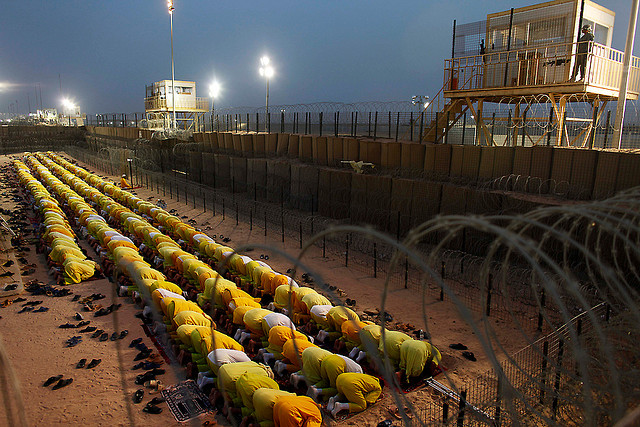 The spirit of Saddam Hussein lives on in the Islamic State.
By Russ Wellen | August 28, 2014

At the New York Times, Ben Hubbard and Eric Schmitt report that Islamic State (which the Times still calls ISIS) chief Abu Bakr al-Baghdadi “handpicked many of his deputies from among the men he met while a prisoner in American custody at the Camp Bucca detention center a decade ago.” They continue:

The pedigree of its leadership … helps explain its battlefield successes: Its leaders augmented traditional military skill with terrorist techniques refined through years of fighting American troops, while also having deep local knowledge and contacts. ISIS is in effect a hybrid of terrorists and an army. … it fights more like an army than most insurgent groups, holding territory and coordinating operations across large areas.

Michael Knights of the conservative Washington Institute for Near East Policy, told Hubbard and Schmitt that “it was no surprise that so many officers from Mr. Hussein’s era had joined ISIS. Discontent in the military was widespread near the end of his rule, and underground Islamist movements were gaining strength, even inside the military.

In other words, the Middle East is still suffering the effects of Coalition Provisional Authority Order Number 2 issued by CPA administrator Paul Bremmer and the Defense Department, which ordered the Iraqi military Saddam Hussein disbanded.