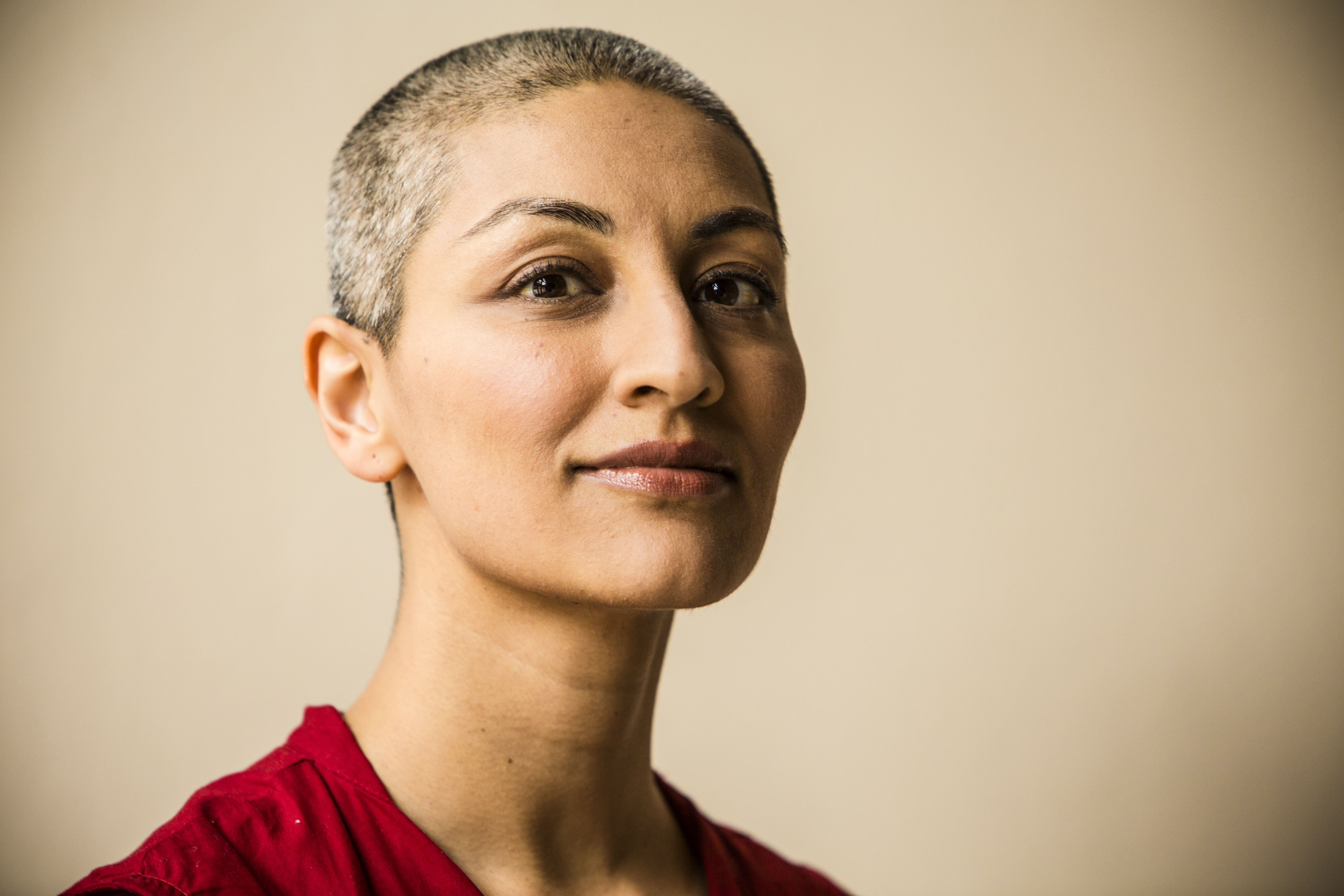 "The truth doesn't care how we feel about it. Reality is unmoved by either our hope or our despair." -Shaija Patel

Art and Activism at the Global Intersections: A Dialogue with Shailja Patel

Shailja Patel is a third-generation Kenyan poet, playwright, theater artist, and political activist. Her work examines humanity through the lens of migration, diaspora, and the struggle for justice. She published her first full-length book Migritude in 2010, based on her one-woman show of the same name. Migritude examines the experience of migration, colonialism, and the stories of women who have chosen to no longer be silent.

Using art as the foundation of her activist work, Shailja will be sharing her insight at the Split This Rock Poetry Festival. In this interview, we discuss the role of poetry and art in global justice.

Sonya Renee Taylor: In the United States, we have such a binary perspective of race and culture, often white and black, or white and other. How does your work press against that binary?

Shailja Patel: My work is the politics of intersectionality and global justice. Identity is a discussion people engage in when they have given up on justice, equality, and equity.

Conflicts over identity are often predicated on notions of scarcity, actual or perceived, which trigger the need to draw lines of inclusion and exclusion. The agenda behind conversations on identity is always about access. Access to tangibles—power, spoils of office, physical resources, necessities of survival, a place at the table, material rewards for belonging. Or access to intangibles—to civil rights, to being heard, to telling the story, to ownership of the story, to speaking from a certain platform. A discourse of identity is necessarily exclusive. It tends toward ever-narrowing definitions of who belongs, who is “in.”

A discourse of justice and equality is inclusive. It tends towards ever-expanding definitions and applications. Its value is directly proportional to its universality.

And with Eduardo Galeano: “Our identity lies in action and struggle.”

I’m a third-generation Kenyan East African of Indian descent. I read as “Asian” phenotypically, but I am “African” by birth, geography, and worldview. My book, Migritude, carries a timeline that traces migrations between Asia and Africa back to 800 CE. If we use the term “African” to signify “black,” we must logically exclude many light-skinned communities of North Africa, as well as millions of coastal peoples of East and Southern Africa. If we measure “African” by darkness of skin, it would be logical to include millions of inhabitants of the Indian subcontinent, whose skin is often darker than that of many Kenyans.

Gender and sexuality are fluid, multiple, and performative; so too is race and culture. I invite my audiences and readers to replace the reductionist question of what boxes people fit into with the far more empowering question of how we “do” identity. And similarly, how do we “do” gender, sexuality, struggle, class? What informs our performances of the daily roles we play in all our movements for justice? What do we have to learn from observing our performances? How do we continue to enlarge and challenge ourselves, and to make the spaces we inhabit larger for all voices?

As a political thinker, I place myself and my work in the lineage of centuries of progressive struggle that bequeathed us the invaluable awareness of ourselves as firstly human beings, in radical solidarity with all humans on the planet who share a vision of peace, justice, and equality.

SP: The ICC Witness Project is an ongoing collaboration between Kenyan poets to imagine and amplify the voices of some of the missing witnesses for the ICC Kenya trials. Most of the witnesses have been silenced by threats, assassination, or bribery. The poems are unattributed for a number of reasons, discussed at length here.

I have been told that this is our secret.
Our secret is shameful and should not be shared.
Shared instead is the feeling of being one.
Being one is more important than the truth.
—Witness #85

The project is an act of solidarity with the victims and survivors of Kenya’s post-election violence, an act of resistance against the erasure of our history, a reclaiming of voice for ordinary people against the violence of the state. We hope it moves everyone who reads it to stand first with the victims, to support their quest for justice through the ICC, and to reject the global campaign for impunity by African leaders who consider African people disposable.

SRT: You have had a wide arc of artistry from slam/spoken-word, to one-woman show, to full-length book. How did that arc unfold? Did you always know you wanted to work in a multitude of mediums or did that reveal itself over time? How?

SP: As an artist I move toward the forms that move me. I’ve been a poet from childhood. When I migrated to the United States and discovered slam, it blew me away, so I immersed myself in it. When I began to write pieces that were too long and complex to slam, theater was the natural space to move into. Now I’ve come full circle to writing again, making work—books, poems, political essays—that migrates freely across continents and languages, independent of my physical body.

SRT: How can the work of poets promote global justice and peace? Do you feel like your work has a unique role in that effort? If so, what?

SP: My job as a poet is to tell the truth. To tell it, as Audre Lorde wrote, with as much beauty and clarity as possible. I want my work to enter listeners through the heart and gut. My job as a poet is to wake myself up and take responsibility for learning the truth. That means doing hard work, looking beyond headline stories, being willing to interrogate data, structure, systems. Then, it’s my job to create the conditions, in my poems, where others can wake up to those truths. It may not feel good. I’m not here to make people feel good. When we open ourselves up to really feeling—both deep happiness and deep pain, as well as genuine, unmanipulated awe at the beauty and violence of life—we emerge larger. More human. More porous, more connected to everything.

SRT: In 2012 Melissa Tuckey asked poet Homero Aridjis, “Do you ever despair? And if so, what gives you hope?” How would answer that question?

SP: Despair and hope is another binary I work to dismantle, in favor of direct engagement with reality. The roller coaster of despair-hope-despair distracts us from the extremity of our global crises. My commitment is to seeing and working with the largest possible truth. Hope is a kind of Viagra—it needs constant replenishment. The truth doesn’t care how we feel about it. Reality is unmoved by either our hope or our despair.

Sonya Renee Taylor is an award-winning poet and activist. Founder of The Body is Not An Apology and the creator of the RUHCUS Project, her poetry appears in numerous journals and anthologies including Spoken Word Revolution: Redux, Growing Up Girl, Off Our Backs, Beltway Quarterly, Just Like A Girl, X Magazine, and On the Issues Magazine. Her first collection of poetry, A Little Truth on Your Shirt, was released by GirlChild Press in 2010. She sits on the board of directors of Split This Rock. For more, visit www.sonya-renee.com