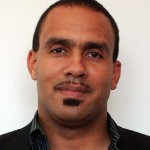 Dedrick Muhammad is the Senior Organizer and Research Associate for the Program on Inequality and the Common Good of the Institute for Policy Studies. Dedrick’s special area of focus is the domestic racial wealth divide, particularly between African Americans and white Americans. He cofounded with Algernon Austin of the Economic Policy Institute the Race and Economy Policy Forum. Dedrick co-founded and is a regular contributor to United for a Fair Economy’s annual “State of The Dream” report. He was the sole author for the report “40 Years Later: The Unrealized American Dream” and co-authored with Chuck Collins a chapter in the Inequality Reader and contributed a chapter to “Mandate for Change.” Dedrick is working on his first book “Understanding Racial Inequality in the Obama Age” to be released in 2011. Dedrick’s work has been covered by The New York Times, The Nation, Sojourners magazine, Democracy Now!, BET News, C-SPAN, NPR, the Chicago Tribune and The Washington Post.

Formerly, Dedrick served as the National Field Director for Reverend Al Sharpton’s National Action Network. He also was the coordinator for the Racial Wealth Divide Project of United For A Fair Economy.

Both the United States and South Africa, despite black leadership and multicultural societies, still labor under the legacy of segregation and inequality.

IPS scholars rate the president on his first year in office.

We can't ignore Christian Zionists' influence on U.S. policy toward the Middle East