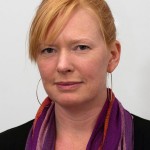 Janet Redman is director of the Climate Policy Program at the Institute for Policy Studies in Washington, DC, where she provides analysis of the international financial institutions’ energy investment and carbon finance activities. She appears regularly on radio, TV and in print sharing positive visions for fair and equitable climate action in the United States and overseas. As a founding participant in the global Climate Justice Now! network, Janet is committed to bringing hard-hitting policy analysis into grassroots and grasstops organizing. She is currently working with grassroots coalitions and global campaigns like the Climate Justice Alliance and Global Campaign to Demand Climate Justice to develop innovative policies to reinvest in the new economy. Janet serves on the board of directors of the Global Alliance for Incinerator Alternatives.

Before joining IPS, Janet was a visiting faculty member at the College of the Atlantic and directed the Watershed Initiative of the Center for Applied Human Ecology at the College. Her involvement in youth and women’s empowerment through community farming and sustainability has allowed Janet to work with local activists from coastal Maine to Bangladesh.

Janet holds a Master’s Degree from Clark University in International Development and Social Change, where she focused her graduate research on regional trade integration in Latin America and the Caribbean. She also holds a Bachelor of Science in Environmental Science from the University of Vermont.

Creating new visions for the economy and climate at the World Social Forum.

The outcome of the Bali climate talks is more likely to benefit the World Bank and investors than to put the brakes on climate change.
Page 3 of 3«123