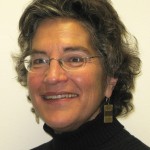 Fellow Phyllis Bennis directs the New Internationalism Project at IPS. She is also a fellow of the Transnational Institute in Amsterdam. She has been a writer, analyst, and activist on Middle East and UN issues for many years. In 2001 she helped found and remains on the steering committee of the U.S. Campaign to End Israeli Occupation. She works closely with the United for Peace and Justice anti-war coalition, co-chairs the UN-based International Coordinating Network on Palestine, and since 2002 has played an active role in the growing global peace movement. She continues to serve as an adviser to several top UN officials on Middle East and UN democratization issues.

Phyllis Bennis is the author of eight books:
From Stones to Statehood: The Palestinian Uprising (1990); Calling the Shots: How Washington Dominates Today’s UN (2000); Before & After: US Foreign Policy and the September 11th Crisis (2003) [US Policy and the War on Terrorism, 2nd ed.]; Challenging Empire: How People, Governments, and the UN Defy US Power (2006); Understanding the Palestinian-Israeli Conflict: A Primer (2009); Ending the Iraq War: A Primer (2009); Understanding the US-Iran Crisis: A Primer (2009); Ending the US War in Afghanistan: A Primer (2010).
She is also co-editor of Beyond the Storm: A Gulf Crisis Reader (1991) and Altered States: A Reader in the New World Order (1993).

Stay up to date on events in the Middle East with Phyllis Bennis’ free newsletter (delivered 1-2x a month).

With the Election Over, Congress Must Remember the Rest of the World

Even a lame-duck Congress must remember their actions have global consequences too.

The Pentagon Took Money for PPE and Bought Weapons

Make no mistake: The Trump administration’s heartlessness and militarism are costing lives.

The Israel-UAE Deal Isn’t About Peace at All

The U.S.-brokered pact makes no pretense of peace for Palestinians. Instead, it sharpens a regional coalition against Iran.

The Backstory to Portland? Two Decades of ‘Homeland Security’

The repression we saw in Portland wasn't new -- only the targets were.

The Police and the Pentagon Are Bringing Our Wars Home

We need to end systemic racism and the militarism that makes it even deadlier — from Kabul to Atlanta and Baghdad to Minneapolis.

Open the Borders. Open the Prison Gates. Don’t Sacrifice a Single Person to This Virus.

The U.S.-Taliban Deal Won’t Bring Real Peace, But It Could Reduce the Bloodshed

Withdrawing even some of the U.S. troops, planes, drones and bombers from Afghanistan will reduce the killing.

Trump has sent more new troops to the Middle East than he’s bringing home from Afghanistan.

As we spiral toward a confrontation between the U.S. and Iran, it’s worth reflecting on the failures to rein in U.S. aggression along the way.

Trump’s Betrayal of the Kurds Is Terrible, But the Answer Is Not Endless War