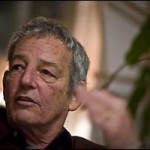 Ross Gelbspan retired from daily journalism in 1992 after a 31-year career as a reporter and editor at The Philadelphia Bulletin, The Washington Post the Village Voice and The Boston Globe. As special projects editor of the Globe, he conceived, directed and edited a series of articles that won a Pulitzer Prize in 1984. He has written two books relating to global warming: The Heat Is On (1997) and Boiling Point (2004).

The Climate Crisis and Carbon Trading

By insisting on an ineffectual and inequitable system of international emissions trading, the U.S. is obstructing other nations, courting ecological disaster, and preventing a worldwide economic boom from a transition to clean energy.

Given the U.S. performance at the latest round of global warming negotiations at the Hague, it's hard to see how George W. Bush could do any worse than the Clinton-Gore administration.

What is news is that the heating of our atmosphere has propelled our climate into a new state of instability.