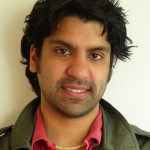 Saif Rahman is the Movements Coordinator for IPS and FPIF. His role includes using and translating IPS’s research and writing to help make the progressive movement more efficient, more diverse and more organized. He sits on the Steering Committee for United for Peace in Justice and a Coordinating Committee Member of the National Youth and Student Peace Coalition. His current work focuses on working with UFPJ and NYSPC to end the war in Iraq, the cancellation of debt of foreign countries, and to make corporations, such as Firestone, end their abuses of workers and the environment abroad.

Saif graduated from Wheaton College with degrees in Political Science and Philosophy. He came to IPS from Global Justice where he was a National Coordinator for the Student Campaign for Child Survival, which is one of the largest and fastest growing grassroots organizations working on the issue of children’s health and rights. He helped start the University Coalitions for Global Health and he also represented SCCS in the Global Action for Children coalition and to the FAIR network. He also spent time working with young students in Istanbul, Turkey. In college, Saif helped manage a free format, pro-free speech radio station and founded and was the president of the Community Action Team. Saif has worked on and publicly spoken and given workshops on about a variety of social justice issues from debt cancellation, to global health, to anti-militarization, nonviolence and power dynamics.

Divestment: Ending the Genocide in Darfur

From rallying and letter writing, the Save Darfur movement is now taking a page from history and looking to divestment to end the atrocities in Darfur.

How to Stop AIDS Now

The '08 Stop AIDS Platform is something that we must all take heed of: our next President must do more to stop the HIV/AIDS crisis. This conviction is what impelled this group of 15 youth AIDS activists to attend the Take Back America Conference in Washington, D.C. earlier this summer and "birddog" Barack Obama and John Edwards.

The Art of Deconstructing War

Aaron Hughes talks about how he has transformed his experience as a soldier in the Iraq War into art.

Five Reasons Why I’ll March on Jan. 27 (and You Should Too)

Why you should come to the January 27 United for Peace and Justice protest against the Iraq War.

Youth Walk Out to Get Out of Iraq

Why are students and youth across this country walking out of their schools and jobs on Election Day? Department editor Saif Rahman argues that the answer is not that complicated: young people are getting it in the neck.
Page 3 of 3«123