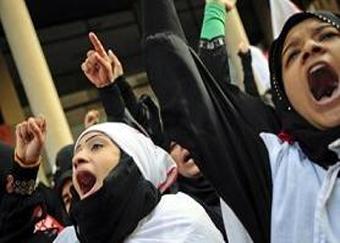 Bahrain: Beyond the U.S.-Iran Rivalry

The proxy struggle between the United States and Iran has spread to Bahrain. But this Cold War ignores the silent understanding the two rivals have forged against a common enemy in Afghanistan.
By Abolghasem Bayyenat | June 10, 2011 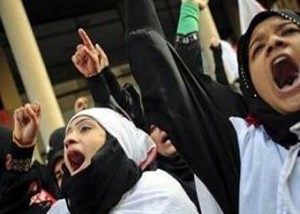 This fear of Iran explains why President Obama refrained in his recent address on the Middle East from even mentioning Saudi Arabia, let alone criticizing it for its military intervention in Bahrain, and why he only gave soft criticism of Bahrain’s crackdown on its pro-democracy movement. This posture, and the perceived double standard it brings, has further undermined the image of the United States in the eyes of Middle Eastern publics. It is likely to work to the detriment of U.S. strategic interests in the region in the long run.

These events have led some to question the rationale behind current U.S. policy toward Bahrain. Iran specialist Hamid Dabashi has argued that the popular uprising in the tiny Persian Gulf kingdom has nothing to do with Iran and that the Iranian government actually has a lot to lose from a democratic government in Bahrain. Other analysts have also played down the sectarian nature of the popular uprising in Bahrain. According to Arshin Adib-Moghaddam of the Centre for Iranian Studies, “These demands cross religious, ethnic, tribal and class lines. The sectarian card was played by the hardliners in the Al-Khalifa family in order to divert attention away from the demands of the people by blaming Iran for the uprising.”

Although the Arab popular uprisings, including the one in Bahrain, are not primarily motivated by sectarian identities, Iran will certainly benefit from the fall of conservative authoritarian Arab regimes in both Shiite and Sunni majority states. The political empowerment of Shiites and Kurds in Iraq shows that Iran can gain advantage from regional political upheavals. Given the common religious ties between Iran and Bahrain, any democratic and popularly-based political system in Bahrain is expected to gravitate toward Iran. Moreover, a rapprochement between a future democratic Bahrain and Iran would be a symbolic gesture marking a break with the foreign policy of the previous authoritarian government.

Regardless of whether Iran ends up the loser of the Arab Spring, the U.S. government must recognize that its current policy toward the region, especially in regard to the popular uprising in Bahrain, is untenable. U.S. policy toward Bahrain is misguided for a simpler reason: There is no inherent need for the United States to define as part of its national interest blanket opposition to Iran.

Defining Iran-U.S. relations as a zero-sum game limits the U.S. room for maneuver. Every gain for Iran does not necessarily translate into a loss for the United States, but this seems to not factor prominently into the calculations of U.S. Middle Eastern policymakers. True, the United States and Iran are currently serious rivals and have numerous conflicting interests — most notably Iran’s nuclear program. It would also take extreme compromise by both parties to reconcile these differences under present conditions. But the United States and Iran can be tacit partners with convergent interests on a number of other issues.

While not officially recognized, there are cases of partnership between the United States and Iran in the recent past, where the strategic interests of both countries converged. A notable example is the temporary working relationship that developed between the two countries in the months leading to the U.S. invasion of Afghanistan in following 9/11. Both countries coordinated their actions through multilateral settings under the UN and benefited from toppling their common adversary in Afghanistan.

Although that brief formal cooperation between the two countries over Afghanistan soon dissipated after former U.S. president George W. Bush branded Iran as a part of the “Axis of Evil,” their common interest in preventing the resurgence of the Taliban in Afghanistan has withstood the test of time and has enabled the emergence of a tacit partnership between the two countries. Iran could indeed create serious trouble for the United States in Afghanistan due to its geographical proximity and historical influence. But it largely refrained from playing a spoiler role in the country.

Iranian gain also does not necessarily come at the expense of the United States. Both countries have a shared interest in preserving regional stability in Iraq. Despite the occasional claim of limited weapons smuggling from Iran to insurgents in both Afghanistan and Iraq , there is no evidence pointing to a strategic Iranian decision to undermine the status quo in those countries. In fact all major evidence points to the contrary.

That said, neither the United States nor Iran is prepared for open bilateral engagement. But they have been willing to coordinate their foreign policies toward certain regional political developments through multilateral settings or intermediaries — as in the case of their low-level diplomatic engagement over Iraq. At the very least, the recognition of common interests where they exist should enable the two countries to avoid any paranoid reaction to political developments in the region that benefit either party.

The Saudi military intervention in Bahrain and the continued suppression of the public uprising by the Bahraini regime is clearly unsustainable and has the potential to escalate to outright military confrontations in the Persian Gulf. The U.S. zero-sum mentality vis-à-vis Iran has created unnecessary costs for the foreign policies of both countries and above all has harmed the genuine democratic aspirations of the overwhelming majority of the Bahraini population. Unconditional U.S. support for the Saudi invasion and its refusal to apply any substantive pressure on Bahrain will further harm U.S. credibility and long-term interests in the region by placing it on the wrong side of the unfolding history in the Middle East.