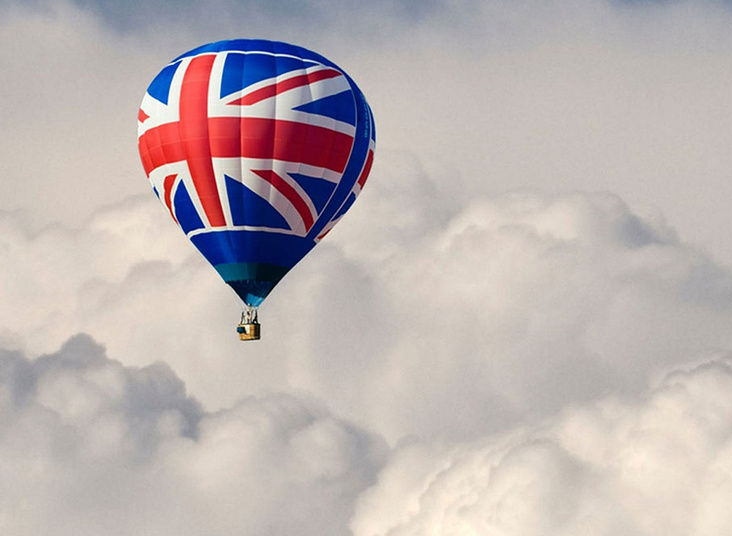 Does the Brexit Vote Mark the End of Internationalism?

Far-right nationalists and neoliberal capitalists will survive the demise of institutions like the EU. What about the rest of us?
By John Feffer | June 22, 2016

This week might represent the beginning of the end for international cooperation. All the treaties, alliances, and unions that have incrementally strengthened the ties between nations over the last several centuries have suddenly been revealed as a house of cards, which a wayward puff of air known as Brexit might suddenly blow away.

Surely this must be an overstatement. The decision this week of British voters to stay inside the European Union or make the unprecedented move to leave can’t be that important. Brett Arends writes in MarketWatch that’s it’s really all a bit of a scam: If the voters decide to leave, the British government will negotiate “a face-saving formula that gives the illusion of Brexit without much substance.”

In any case, the UK was always iffy about the European project, maintaining more than just physical distance from the continent. For instance, the UK has more opt-out clauses than any other EU member. There are even some Brits who find the Chunnel — the underwater rail line linking the UK and France — an unacceptable infringement of their country’s inalienable right to be an island.

If the referendum vote on Thursday does favor the leaveniks, the world will not end. The EU will simply proceed with their continental business, turning a cold shoulder to those ingrates across the Channel.

As an example of the snowballing disdain, French Economy Minister Emmanuel Macron recently cut Britain down to size when he said that the country, post-Brexit, would be no more important than the tiny island of Guernsey. German bankers will yawn, French diplomats will sniff, and Belgian bureaucrats will titter nervously before they all go back to their paperwork. The markets will shudder and then regain their equilibrium.

Humpty Dumpty will begin to wobble out of control. And we, along with all the king’s horses and all the king’s men, will watch in horror as the fragile egg topples off the wall and goes splat, never to be reconstituted. The UK will split apart as Scotland goes ahead with a second vote on its own independence. Referendums on EU membership will follow in France and in the Netherlands. Brexit would be a tipping point for the Swedes and their growing Euroskepticism. Economic contagion could spread to Ireland, which is so closely linked to the British economy, and to Portugal, which is so close to default.

After the EU comes apart at the seams, then perhaps all the various international efforts to pool resources and find common purpose — NATO, ASEAN, the OAS — will suffer a similar failure to cohere. The UN, already dysfunctional, will melt away. It’s a grim scenario, and one that I’ve laid out in dystopian fashion in my new novel Splinterlands (which you can pre-order here). Let’s hope that this brave new world stays in the world of fiction where it belongs.

Perhaps the referendum will narrowly favor those who want to stay in the EU. Bankers and politicians and Eurocrats will sigh with relief because, after all, who can really predict what happens when the fabric of international relations suffers such a tear. Perhaps it can be repaired. Perhaps it goes directly into the rubbish bin.

But a narrow victory may not ultimately settle the question. The anti-EU forces in the UK would likely push for another referendum. Indeed, both UK Independence Party (UKIP) leader Nigel Farage and some Conservative MPs have already predicted such a rerun in the case of a close contest — even though British Prime Minister David Cameron has signaled his opposition to such “neverendums.” And Euroskeptics on the continent will probably move forward with their own votes regardless of the British result. Their convincing win this spring in the Dutch referendum on trade relations with Ukraine illustrates the depth of disgust with the EU across the political spectrum.

Ah, well. International cooperation: it was fun while it lasted.

The Mechanics of Exit

Until just recently, it looked almost inevitable that the “Europe No” crowd would triumph in the referendum. In most polls, they had a several-point lead. Momentum seemed to be on their side. Hysteria was mounting as the UKIP improbably presented all potential incoming immigrants as barbarians at the gate (instead of the source of dynamism the British economy sorely needs).

Then, last week, a right-wing extremist assassinated pro-EU Labor Party politician Jo Cox. The assassin, Thomas Mair, had been connected, though peripherally, to white supremacist, pro-apartheid, and other far-right groups for decades. “My name is death to traitors, freedom for Britain,” Mair declared in lieu of identifying himself in court. If he’d had access to assault weapons — like Anders Breivik in Norway — he might have aimed for mass murderer status.

As Nick Lowles of the British-based anti-extremist group Hope Not Hate told The Washington Post:

It fits a pattern of far-right attacks. We’ve had a number of these lone wolves — men in their 50s who are on the periphery of these movements and who believe that the battle is coming… On the one hand, they’re on their own. But they’ve also been inspired by a lot of the things they read.

Coming on the heels of that other lone-wolf attack in Orlando, the assassination seems to have sobered up at least some Brits who might have otherwise voted to leave the EU. The hate that motivates so much of the far right’s desire to leave the EU — and keep the UK as white as possible — had been laid bare. The three-point spread suddenly reversed in favor of the pro-EU faction.

But this last-minute reversal might not mean much. Perhaps those who plan to vote against the EU in the referendum don’t want to admit their true preferences to pollsters because of the stigma attached to being on the same side as a mad assassin.

The bottom line is that the EU hasn’t succeeded in creating sufficient emotional attachments among its denizens. Perhaps if there were an EU football team that participated in the World Cup, that all-important in-group feeling might well up in the hearts of those living from Lagos to Liepaja and from Lesbos to London. As it is, very few would fight and die for the EU flag. They wouldn’t even rumble in the football stadium, belting out Ode to Joy as they pummel non-European fans like something out of Clockwork Orange, since they reserve their hooliganism for their homelands. (Actually, as “stay” advocate and former footballer David Beckham recently pointed out, Manchester United was a champion because of players drawn from all over Europe — but that still doesn’t qualify as an “EU team.”)

If the leaveniks succeed, the British prime minister will likely invoke what’s known as the “article 50 procedure,” which functions like a divorce settlement — a two-year period of negotiations over who gets what and how the parties shall thenceforth behave. That agreement would require passage in the Council of Ministers and a majority vote in the European parliament and the British parliaments. A separate deal that addresses trade with the EU would require ratification in every EU member state.

No one ever said that divorce was easy.

The Death of Internationalism

The 20th century featured an epic tug-of-war between two types of internationalism: communist versus capitalist. Communist internationalism involved the workers of the world uniting and then the leaders of communist countries linking arms. It didn’t end well, with communist leaders going their own way and the workers turning their backs on communism at the end of the 1980s.

Capitalist internationalism, meanwhile, involved the elimination of all barriers to the free flow of money, investment, and financial services. This globalization of the world economy overwhelmed virtually every obstacle in its path — national regulations, political opposition, cultural preferences. It has also heavily influenced the European project, which started as a social democratic experiment in ending conflict, raising standards of living, and harmonizing social regulations upward, only to move inexorably in the direction of a banker’s paradise.

Some on the left have opposed the EU on the grounds that it’s been hijacked by precisely this kind of internationalism (as well as the internationalism of war via NATO). And, of course, some on the right have embraced the EU, despite its leftist origins, precisely because of its globalization-friendly and NATO-positive policies.

But the pro-EU forces have managed to unite the centrists in both of Britain’s two major parties, though their cooperation has been somewhat half-hearted. The heads of the two parties will thus have their heads handed to them if the campaign fails — Cameron for being overly enthusiastic about the EU, Jeremy Corbyn of the Labor Party for being under-enthusiastic. The Brexit vote is the UK’s equivalent of Donald Trump — a potentially fatal infection for both major parties.

Before entering politics, Jo Cox worked in several humanitarian organizations, including Oxfam and Save the Children. She’d worked with refugees, on maternal health, on trade reform. She’d been in some of the most dangerous countries in the world like Sudan and Afghanistan. She empathized with people across borders and worked with civil society — first in non-governmental organizations and then inside the British parliament — to help people regardless of their skin color or nation of origin.

The EU continues to be a radical political experiment in overcoming the negative aspects of nationalism (war, xenophobia) while preserving its more benign aspects (flag, language, culture). It’s not a perfect compromise by any stretch of the imagination. But the EU has created a political space within which common values and differences of opinion can be negotiated. It continues to spread around the wealth and attempt to raise social standards in the common European home.

Given the influence of globalization, the EU may not be as committed to these values as it once was. But it doesn’t deserve the “wrecking ball” that David Ignatius recommends in The Washington Post, in an op-ed that marks a new low in his analytical acumen. On so many quality-of-life issues, the EU still puts the United States to shame.

Which is why it’s so sad to see that now, after a century of knocking down walls — trade walls, the Berlin Wall, intra-EU borders — Europeans are about to retrieve their trowels from history’s dustbin and start entombing the EU brick by brick. The capitalist internationalists will survive these new walls. But I’m not sure about the third type of internationalists.

In the name of civic internationalism, Jo Cox stood shoulder to shoulder with her fellow Europeans — her fellow human beings — to build bridges, not walls. Let’s hope that her death will alert everyone to the preciousness of the internationalism that she embraced. We can’t let the Thomas Mairs of the world — or the Omar Mateens, Dylann Roofs, and Anders Breiviks — dictate with their words and weapons of hate the kind of world we live in.