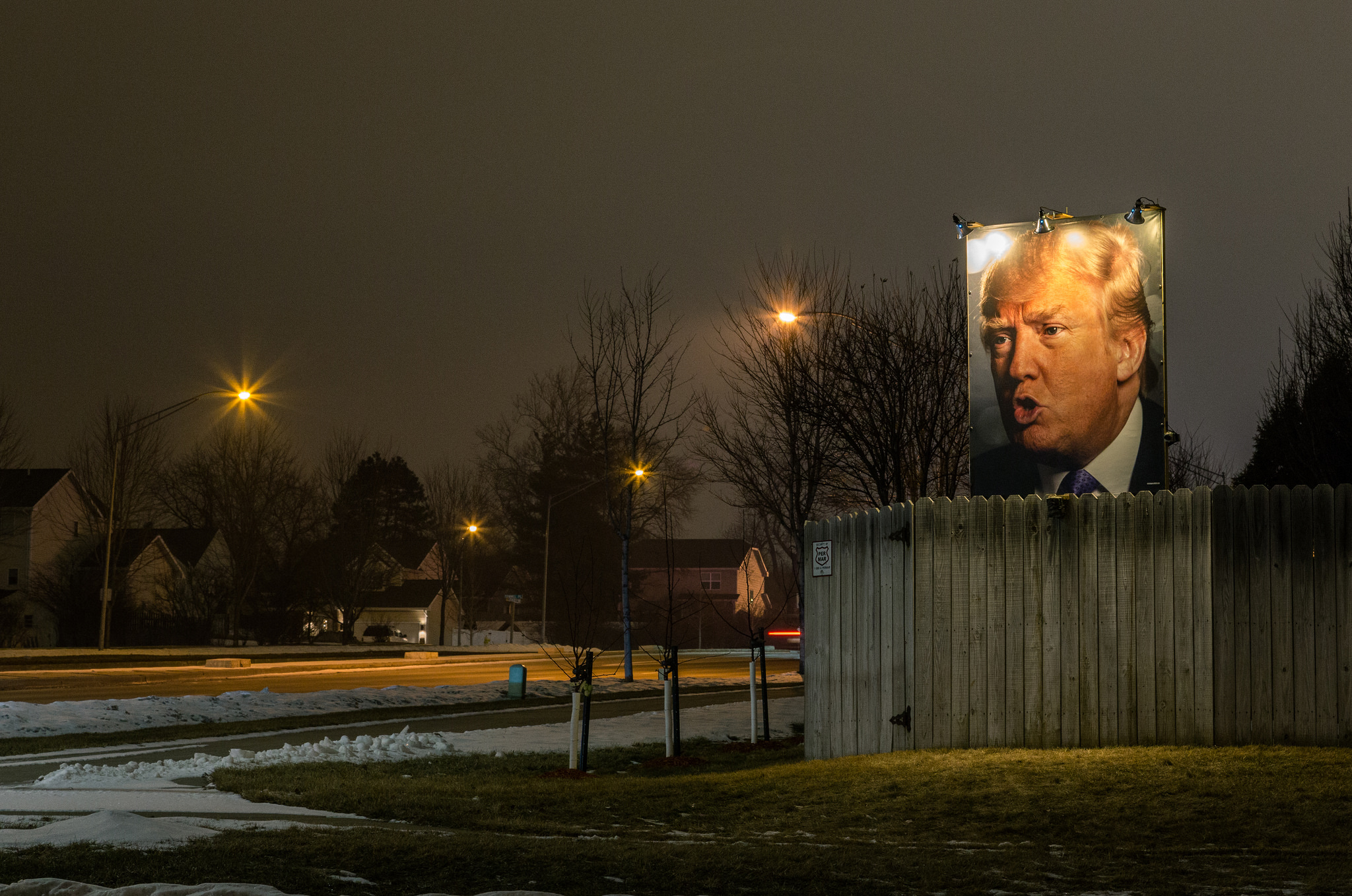 It Can’t Happen Here (But It Just Did)

Now we all stand on the precipice — of aggressive nationalism, of ugly prejudice, of climate change, of despair.
By John Feffer | November 9, 2016

In the typical time travel story, an enterprising person from the future goes back to 1922 to assassinate young Hitler, or to 1963 to interrupt Lee Harvey Oswald in the Texas School Book Depository in Dallas.

This time, however, the smarter denizens of the future world didn’t save us from the horrors of the present.

Instead, Donald Trump somehow got control of the time machine and used it for the opposite purpose. He brought in voters from the past who remembered (or misremembered) a more prosperous, more homogenous, more imperially confident America. He also transported in a few denizens of the Jim Crow South and Nazi Germany to dust off their ugly anachronisms and rally the alt-right.

More than 59 million people elected Trump president. In this election, the past just trumped the future.

The ugliness has been percolating in Europe for some time now.

It wasn’t just Brexit, Britain’s unexpected rejection of the European Union. It was the election of militant populists throughout Eastern Europe — Viktor Orban in Hungary, Robert Fico in Slovakia, the party of Jaroslaw Kaczynski in Poland. It was the electoral surge of the National Front in France and the Alternative fur Deutschland in Germany. It was the backlash against immigrants, social welfare programs, and “lazy Mediterraneans — but also against bankers and Brussels bureaucrats.

The cosmopolitan class had overreached in Europe. Successful urban and liberal elites who supported economic, political, and social policies that left behind large segments of the populace thought that they’d established an irreversible consensus on the trajectory of their countries and the European Union. They’d gone transnational without realizing that large numbers of their compatriots were still quite stubbornly and exclusively national.

Donald Trump was such a flawed politician that I didn’t think he could survive all of his self-inflicted wounds. I worried more about 2020, when a more capable politician could serve as a mouthpiece for all those who haven’t benefitted from the elite-driven economic policies of both liberals and conservatives.

But this is America. We have a sweet tooth for old white male blowhards, from Rush Limbaugh all the way back to Cotton Mather.

It’s tempting to see our pre-2016 America through the lens of Weimar Germany, when a cosmopolitan German elite created the most liberal society the country had ever seen. That is, until this liberal society came up against the Nazis who, supported by a mob of resentful, provincial Germans, pushed the rewind button all the way back to the savage Middle Ages.

Perhaps Trump will usher in a fascist era and prove Sinclair Lewis prescient in his 1935 novel It Can’t Happen Here. He has certainly assembled quite a few capable players — Newt Gingrich, John Bolton, Mike Flynn, Rudy Giuliani — who can unshackle the jackboot army. The alt-right is celebrating his election as a victory for white power.

But Trump has used his time machine to revisit a different point in the past. Before last night, we were living in a pre-1914 era. That was a time of unprecedented globalization. And then, because of a reactionary backlash that started in Europe, the world was suddenly aflame with nationalism. The level of global trade wouldn’t recover for another six decades. Only the horrors of World War II would spur the creation of the United Nations and the return of some semblance of internationalism.

The question now is whether the world can pull together at this moment, as we all stand on the precipice — of aggressive nationalism, of ugly prejudice, of climate change, of despair. In my novel Splinterlands, I’ve gamed out the dystopian scenario. It was designed to be a wake-up call. It wasn’t supposed to be a non-fiction account of our current moment. But even if the past has returned to bite us in the butt and the present looks pretty grim, the future remains ours to change.

It’s raining here in the DC area as I write this column on the morning after the election. The weather was perfect yesterday — sunny skies, moderate temperature. That’s when I wrote my first column about the election, which is in the recycle bin. Now the clouds hang low, and the heavens are crying at our predicament.

That’s what literary critics call the “pathetic fallacy,” attributing human characteristics to the inanimate world. It’s the mark of a poor literary stylist.

But think of all the pathetic fallacies that have sheltered us over the last few months. Virtually all the polls indicated a Clinton victory. Virtually all the newspapers endorsed Clinton. Virtually the entire entertainment industry turned its back on Trump. A huge segment of the Republican Party elite refused to support their anointed candidate.

They, we, I was wrong. It can happen here just as it has happened in Europe. Donald Trump was an object in our rear-view mirror who was a great deal closer than he appeared. Now that he has sped out in front and cut us off, how can we and the world avoid a catastrophic pile-up?