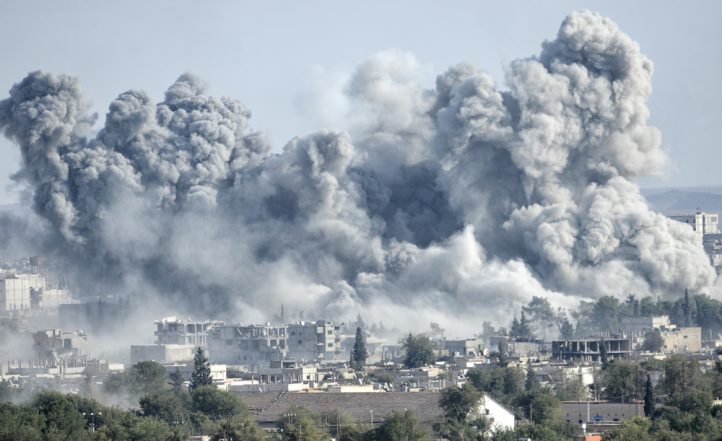 Donald Trump’s sudden decision to remove U.S. forces from Syria appears to have been impetuous and ill-considered — apparently a result of a conversation with Turkey’s autocratic president Recep Erdoğan. That doesn’t mean, however, that the United States should remain in that country.

It’s quite reasonable to question how and why Trump made his choice. This doesn’t mean it wasn’t the right one, however.

First of all, the presence of U.S. forces in Syria is illegal. There was never any authorization by Congress, as mandated by the U.S. constitution, to send troops there, making the frantic bipartisan calls for congressional oversight regarding the withdrawal particularly bizarre.

There’s also the matter of international law. While the brutality of the Syrian regime and the mass atrocities it has committed do raise questions regarding its legitimacy, it is nevertheless illegal for a country to send troops to another country without either the permission of that government or authorization by the United Nations.

One can make a case that the presence of foreign troops within a nation-state’s borders against the will of that country’s recognized government, and without the authorization of the UN Security Council, is nevertheless justifiable — if it is to protect the population from mass killing. There’s little to indicate that this is why U.S. forces are in Syria, however.

Lest one think that protecting civilian lives is a high priority for the United States, let’s remember that U.S. forces were responsible for many hundreds of civilian deaths in the assault on the Syrian city of Raqqa.

According to administration officials supporting the ongoing deployment of U.S. troops inside Syria, the main reason for staying was to counter Iranian and Russian influence. They had largely given up on pursuing the remnants of the so-called “Islamic State,” or Daesh. There had been little mention from the administration of protecting the Kurds.

So, basically Washington was saying is that it has the right to send troops into a foreign country and keep them there because we don’t like the fact that the country’s government has close strategic ties with (and some armed forces in their country from) two governments we don’t like.

This is a rather startling justification for the deployment of U.S. combat troops. It would establish a very dangerous precedent, particularly with no debate in Congress as to whether the United States should engage in such a provocative policy.

Like other debates over the years on the wisdom of withdrawing U.S. forces from foreign entanglements, those who insist that U.S. forces remain are based on rather dubious arguments.

First, some say that a U.S. departure would lead to a revival of Daesh. Contrary to what Trumps says, the group hasn’t been defeated in Syria. However, they have been relegated to a small strip of territory near the Iraqi border, only a tiny fraction of the vast “caliphate” they once ruled. The Kurdish-led Syrian Democratic Forces (SDF) should be strong enough to resist their expansion, especially since the U.S. has pledged to use air power to fight them in such an event.

Second, others worry that the Syrian regime will quickly reclaim Kurdish territory in northern Syria. But Syrian forces are probably stretched too thin at this point to seize most of the vast areas of northern Syria currently controlled by the SDF.

Though falling well short of the kind of egalitarian anarchist utopia that some Western leftists have claimed, Syrian Kurds have nevertheless organized one of the most democratic, popular, and well-functioning governing structures in the Middle East. During the past couple of years, they were able to make accommodations with the Syrian regime in several areas where government forces did move in — without violence and without any U.S. support that would have enabled them to keep control.

The most legitimate concern is in regard to Turkey moving its forces into northern Syria to attack the SDF and slaughtering many thousands of Kurdish civilians in the process.

During a number of periods over the past few decades, Turkish forces have engaged in just this kind of brutal repression in Kurdish areas of their own country in the battle against the PKK militia, which has close ties to the Kurdish forces leading the SDF. That is a real possibility, though it seems unlikely they would engage in the same kind of savagery against the civilian population as they did within Turkey, whom they saw as traitors for supporting the PKK and threating the country’s national integrity.

More pertinently, how are 2,000 U.S. troops in such a vast area an effective deterrent for Turkish intervention? They did nothing to halt the Turkish offensive that seized the SDF-controlled Afrin region back in March, for example. Given the small number of U.S. troops in an area more three times the size of Lebanon, it would be easy for Turkish forces to avoid confronting U.S. troops while slaughtering Kurds, and it would be hard to imagine Trump moving U.S. troops into position to stop it.

A more effective deterrent than simply keeping U.S. troops in Syria would be for Washington to make clear to the Turks that the United States will suspend all arms transfers and strategic cooperation with Turkey if it moves any more troops into Syrian territory.

The United States has set up the Kurds only to abandon them on at least three occasions in recent decades, and it is naive to think it would have come out differently this time. If the goal is to keep U.S. forces in Syria until their legitimate rights are recognized and there was no longer a threat from Syrian or Turkish forces, U.S. troops would likely be there for decades to come. Without the support of Congress and a broad consensus of the American public for such a policy, it makes more sense to withdraw.

Regardless of all the above, perhaps a case could be made for keeping U.S. forces in Syria if the United States had a more competent commander-in-chief. However, given the risks of confrontations with Russian or Iranian forces and the sheer complexity of the situation in that country, it is frankly dangerous to have American troops in such a volatile area under Trump.

Americans are tired of endless overseas wars. Regardless of Trump’s questionable motivations and lack of strategic forethought, now is not the time to demand further U.S. troop deployments in the Middle East.