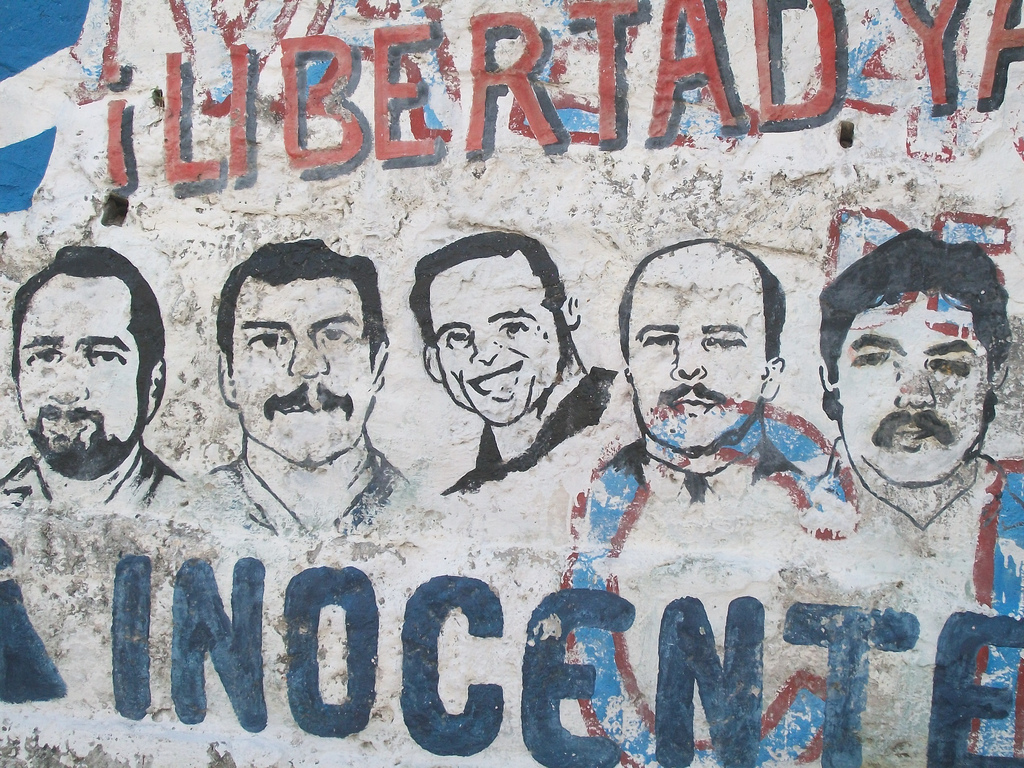 While the U.S. government has vigorously protested Cuba's imprisonment of USAID contractor Alan Gross, it has proven unwilling to make the diplomatic overtures—like releasing the Cuban Five—that could secure his release. (Photo: Sue Globensky / Flickr)

If the U.S. wants Cuba to release USAID contractor Alan Gross, it should give up its own political prisoners from Cuba.
By Arturo Lopez-Levy | April 18, 2014

This article is a joint publication of Foreign Policy In Focus and NACLA.

Alan Gross, an American imprisoned in Cuba since December 3, 2009, recently went on a hunger strike in Havana that lasted for eight days. He did so to protest the U.S. and Cuban governments’ inaction in negotiating a solution to his tragedy.

Gross is the latest victim in a long history of conflicts between Cuba and the United States. An international development expert subcontracted by the United States Agency for International Development (USAID), Gross entered Cuba as a non-registered foreign agent. His mission was to create a wireless internet satellite network based in Jewish community centers that would circumvent detection by the Cuban government.

Gross was quickly apprehended. But while the U.S. government has vigorously protested his treatment, it has proven unwilling to make the diplomatic overtures—like releasing the Cuban Five—that could secure his release.

The USAID program that landed Gross in prison was designed during the George W. Bush administration. It received approval under the Helms-Burton Act, a 1996 law that essentially committed the U.S. government to the overthrow of the Cuban regime.

Gross’ program took an indisputably covert and incendiary approach to democracy promotion, never bothering to obtain the informed consent of the Cuban Jewish community. Like most Cuban religious groups, Jews in Cuba have opposed any attempt to politicize religious organizations by turning them into tools to promote opposition to the regime. The Bush administration’s holy warriors at USAID, however, had aspirations far beyond the temple doors—they aimed to overthrow the Cuban government. If that involved getting Cuban Jews in trouble without their consent, then so be it.

USAID made a peculiar choice in selecting Gross for actions that would come to be condemned in Cuba as subversive. Gross did not know Cuba and did not speak Spanish. He loved Cuban music, but that hardly qualified him for the covert mission he was sent on. Moreover, the U.S. government systematically misinformed Gross about Cuba. According to a confidential summary of an August 2008 meeting between USAID high officials and representatives of Development Alternatives Incorporated (DAI)—the contractor that hired Gross—Bush-era USAID officials recommended that project team members “stay well informed” about Cuba by reading certain blogs. At the head of the USAID-recommended list of go-to sources about Cuba was Babalu, a rabidly right wing blog based in Miami. One of Babalu’s more recent posts labels current U.S. president Barack Obama a “Marxist tyrant” in the tradition of “Mao, Stalin, and Fidel Castro.”

Rather than revising USAID’s regime change program, the Obama administration preferred to cover up the mess that the Bush administration had left behind. Worse still, as we just learned this April, even after Gross’ arrest, USAID implemented another covert operation in Cuba: ZunZuneo, or “Cuban Twitter.”

ZunZuneo had been developed under Bush in 2007-2008, but was implemented under Obama between 2010 and 2012. The program’s designers aimed to create a Twitter-like social network among Cuban youth to mobilize “smart mobs” and further the possibility of a revolt. It involved the same disrespect for Cuban sovereignty and civil society that the Helms-Burton law has repeatedly advanced. As always, the purpose was to create chaos and destabilization—this time with the intent of generating a Cuban Spring modeled after the Arab Spring revolts.

Washington maintains that USAID does regular humanitarian work in Cuba. Yet the agency’s own officials show that to be untrue. During an April 8 budget hearing before the Senate Appropriations Committee, USAID director Rajiv Shah said that the Helms-Burton law precludes any program to promote child healthcare on the island. Shah is correct. The law only authorizes humanitarian activities, travel, or trade if they are certified to serve the goal of overthrowing the Cuban government. In other words, these programs have nothing to do with promoting human rights or Cuba’s peaceful transition to democracy.

Senator Patrick Leahy (D-VT) has called ZunZuneo a “cockamamie idea.” His remarks highlight the way USAID’s deviation from humanitarian aid standards in Cuba has caused tremendous harm to the organization’s more legitimate development efforts elsewhere. Citing Gross and ZunZuneo among other examples, several world governments and political parties have denounced USAID altogether as a tool of American subversion and hypocrisy.

Gross and the Cuban Five

Gross’ detention is considered arbitrary by the UN Working Group on Arbitrary Detentions that analyzed his case. According to that panel of experts, his trial in Cuba was politically motivated and lacked the international minimal standards of a fair and just legal process.

But Cuba is not the only government holding political prisoners. The same UN body also considers “arbitrary” the 1998 detention of five Cuban agents, three of whom remain in prison, by the U.S. government. The “Cuban Five” infiltrated anti-Castro groups with a long pedigree of violent actions against Cuba—acts that were planned on U.S. soil with the knowledge of the U.S. government. Most assessments agree that the Cuban agents caused no harm to U.S. national security. According to the UN panel, the political circus surrounding the trial of the Cuban Five in Miami made a fair and just trial impossible. The Cuban government has indicated that it will release Gross if the United States releases the three “Cuban Five” agents who remain in prison.

Aiming to inspire parallel acts of international conciliation, Uruguayan president José Mujica has indicated his country’s willingness to accept some of the detainees who remain imprisoned in the U.S. naval base at Guantanamo Bay. This would contribute to the closure of a camp that has brought tremendous harm to America’s reputation and raised serious questions about Washington’s commitment to international human rights. Mujica said that he hopes the gesture will lead Obama to think about the potential benefit for U.S.-Latin America relations that would follow a release of the three Cubans still in U.S. prisons.

But the same pro-embargo crowd that sent Alan Gross on the ill-conceived covert action leading to his arrest is now willing to keep him locked in prison. Senators Robert Menendez (D-NJ) and Marco Rubio (R-FL) have called on the White House to demand Cuba’s “unilateral and unconditional” release of Gross—an irrational requirement. Their insistence is a transparent attempt to torpedo Obama’s overall dialogue with Cuba, even when improving relations between the two countries would clearly serve the national interests of the United States.

Rather than seek a realistic solution to Gross’ tragedy, the Obama administration has engaged in semantic nonsense. Former Secretary of State Hillary Clinton and her successor John Kerry have both held that Gross was not a spy. They are correct only at the most technical level, since he did not seek secret information. Still, Cuba’s description of Gross as part of a subversive regime-change strategy is difficult to dispute, not the least because U.S. legislation says so openly. In the meantime, while the U.S. and Cuban governments engage in the “spy-not spy” discussion, Gross remains a prisoner.

Gross will be released only as a result of diplomatic compromise. Gross has written to Obama “on behalf of every American who might ever find himself or herself in trouble abroad” and asked him “to direct his administration to take meaningful, proactive steps to secure my immediate release.”