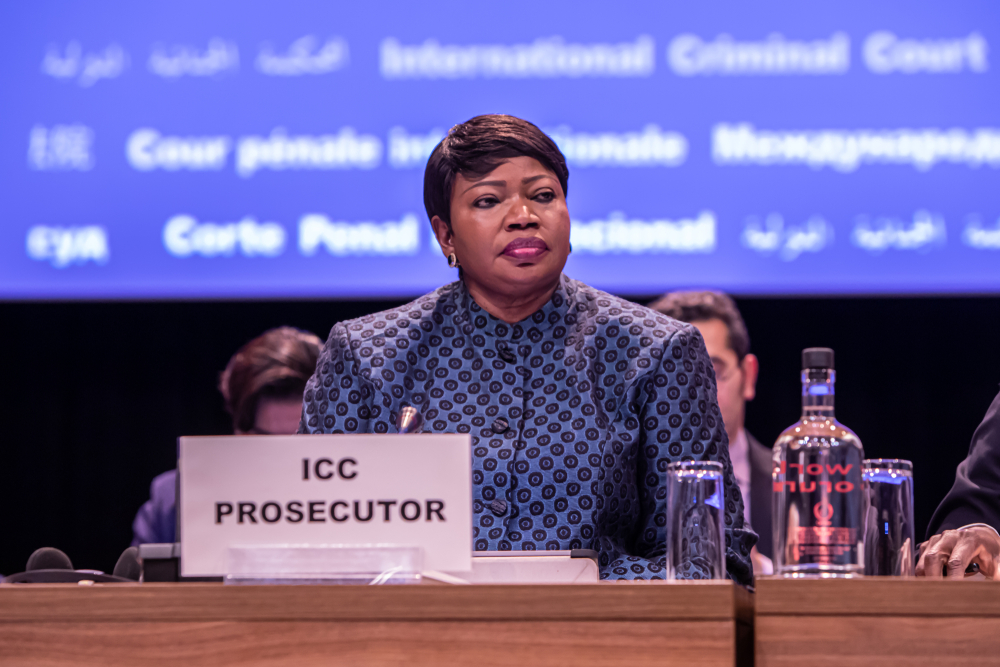 The Biden administration lifted sanctions against the International Criminal Court. It's not enough.
By John Feffer | April 7, 2021

When the loony right gathered at the Conservative Political Action Conference back in February, the theme of the Trump-heavy gathering was “America Uncanceled.” Speaker after speaker railed against “political correctness” in American culture, from “woke mobs” to “censorship” in the mainstream news media. Incredibly, they tried to transform so-called cancel culture into the single greatest problem facing a United States still reeling from COVID-19 and its economic sucker punch.

And yet, time and again, it has been the loony right that has been so eager to hit the delete button.

These supposed defenders of everyone’s right to voice opinions attempted to cancel an entire presidential election because it failed to produce their preferred result. They’ve spent decades trying to cancel voting rights (not to mention a wide variety of other rights). They’ve directed huge amounts of time and money to canceling social benefits for the least fortunate Americans. Throughout history, they’ve mounted campaigns to cancel specific individuals from Colin Kaepernick and Rep. Ilhan Omar (D-MN) to the black lists of the McCarthy era. They’re also not above canceling entire groups of people, from the transgender community all the way back to the original sin of this country, namely the mass cancelation of Native Americans.

Then there’s foreign policy. The Trump administration never met an international agreement or institution—the Paris Climate accord, the Iran nuclear deal, the World Health Organization—that it didn’t want to cover with “cancel” stamps.

One institution that has elicited particular ire from the far right has been the International Criminal Court. Last week, the Biden administration took a step toward mending the rift between the United States and the ICC.

In 2000, the Clinton administration signed the Rome Statute that established the International Criminal Court, which has focused on bringing to international justice the perpetrators of war crimes, genocide, crimes against humanity, and (beginning in 2017) crimes of aggression. In 2002, the Bush administration effectively unsigned the agreement, and Congress pushed to shield all U.S. military personnel from ICC prosecution. Although the Obama administration cooperated with the Court, it was still worried about possible investigations into the U.S. “war on terrorism.”

Ambivalence turned to outright hostility during the Trump years. National Security Advisor John Bolton made it his special mission to attack the ICC as “ineffective, unaccountable, and indeed, outright dangerous.” Among Bolton’s many spurious arguments about the Court, he claimed that the body constitutes an assault on U.S. sovereignty and the constitution in particular, a favorite hobbyhorse of the loony right. But the “supremacy clause” of the U.S. constitution (Article VI, clause 2) already establishes the primacy of federal law over treaty obligations. So, can someone please get those supposed legal scholars to actually read the pocket constitutions they carry around so reverently?

Bolton’s off-base analysis came with a threat. “We will respond against the ICC and its personnel to the extent permitted by U.S. law,” he warned. “We will ban its judges and prosecutors from entering the United States. We will sanction their funds in the U.S. financial system, and, we will prosecute them in the U.S. criminal system. We will do the same for any company or state that assists an ICC investigation of Americans.”

In 2020, the Trump administration began to implement Bolton’s attack plan by imposing sanctions against ICC officials. Prosecutor Fatou Bensouda and senior prosecution official Phakiso Mochochoko were placed under travel restrictions and an asset freeze because they were investigating possible U.S. war crimes in Afghanistan. This blacklisting of ICC investigators sent a chilling signal that the United States would attempt, much like a rogue authoritarian country, to obstruct justice at an international level.

But the administration’s move comes with an important caveat. In his statement on the lifting of the sanctions, Secretary of State Antony Blinken noted that “we continue to disagree strongly with the ICC’s actions relating to the Afghanistan and Palestinian situations. We maintain our longstanding objection to the Court’s efforts to assert jurisdiction over personnel of non-States Parties such as the United States and Israel.”

When it comes to the ICC, then, a disturbing bipartisan consensus has emerged on its supposed encroachment upon U.S. sovereignty. It’s okay for the ICC to prosecute the actions of countries in the Global South, but hand’s off the big boys, a status the United States generously extends to Israel. In the Senate, Ben Cardin (D-MD) and Rob Portman (R-OH) put out a letter last month criticizing the ICC’s investigation in Palestine, which attracted the support of 55 of their colleagues (down from 67 for a similar letter last year). Together with Israel, the United States continues to abide by an exceptionalism when it comes to international law that it shares with several dozen states, including quite a few that the United States generally doesn’t like to be associated with, such as North Korea, Myanmar, Russia, China, Egypt, Belarus, and Nicaragua.

Of course, it hasn’t just been John Bolton and a few outlaw states that have criticized the ICC. African countries in particular have accused the institution of bias. The Court has indeed opened investigations in a disproportionate number of African states: the Democratic Republic of Congo, Cote d’Ivoire, the Central African Republic, Sudan, Kenya, Libya, and Uganda. Preliminary investigations also took place in Gabon, Guinea, and Nigeria and were slated to start in Burundi. All of the 46 individuals facing charges before the Court are African.

In response to this perceived bias, the African Union in 2017 called for a mass withdrawal of its members from the ICC. Burundi left the Court that year, the first country in the world to do so (other countries, like the United States and Russia, “withdrew” but hadn’t actually ratified the treaty in the first place). Two other countries that seemed on the verge of withdrawal, South Africa and The Gambia, ultimately changed their minds.

The ICC was supposed to put an end to the era of imperial justice by which the winners determine who is guilty of war crimes, a bias that pervaded the Nuremburg trials. It has appointed judges and investigators from the Global South: Fatou Bensouda is Gambian, for instance, while Phakiso Mochochoko is from Lesotho.

Still, the preponderance of investigations in Africa should give pause. The ICC has obviously had some difficulty making a transition to this new era.

But let’s point out some obvious counter-arguments.

First, the ICC doesn’t have an anti-African bias. It discriminates against African dictators and warlords. If anything, the Court has a pro-African bias by standing up for the victims of violence in Africa. Other continents should be so lucky to have the ICC looking out for them.

Second, the ICC has more recently begun to challenge major powers, including Russia for its actions in Georgia and Ukraine. It has also investigated the actions of Israel and the United States. These moves come with considerable risks, as the Trump sanctions painfully revealed.

Third, the ICC has considerable jurisdictional restrictions. It can’t investigate crimes against humanity in North Korea since the latter isn’t a member. The same applies to China and its actions in Xinjiang.

Instead of complaining about the ICC’s blind spots and shortcomings, the United States should get on board and put pressure on other countries to do likewise. Americans can’t pretend to support the rule of law, to loudly promote it around the world, and then turn around and say, “Oh, well, it doesn’t apply to us.” If the American justice system can prosecute perpetrators in blue like Derek Chauvin, the United States can permit an international justice system to prosecute perpetrators in khaki who have killed civilians on a larger scale.

So, Biden deserves praise for reversing the Trump administration’s brazen and embarrassing attack on the ICC. But that doesn’t constitute actual support for international law. It’s time for the United States to uncancel the International Criminal Court.