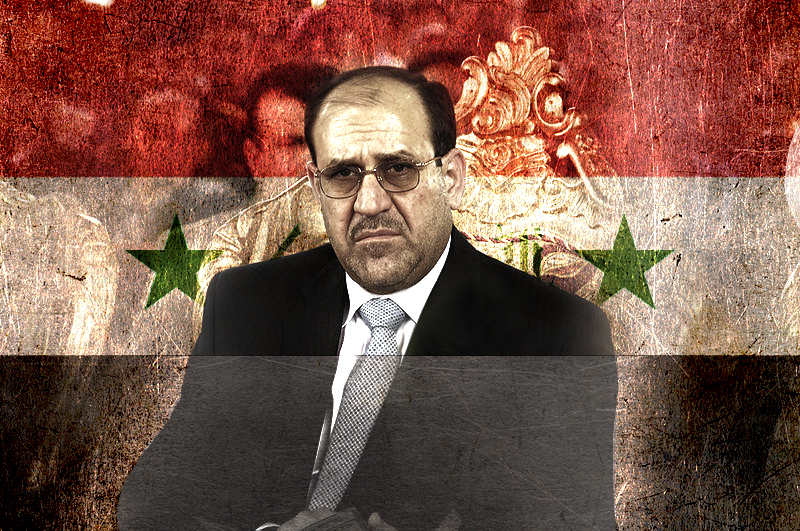 Despite his failure to heal the country's stark sectarian divides, Iraqi prime minister Nouri al-Maliki is nearly guaranteed a third term at the helm after the latest elections. (Photo: Truthout.org / Flickr)

Iraq Elections: No End to Violence

Iraq's latest elections were relatively free and fair, but they won't do much to resolve the country's stark sectarian divides.
By Adil E. Shamoo | May 29, 2014

The United States withdrew from Iraq in 2012 after nine years of a brutal occupation marked by the imprisonment of over 60,000 people, the death of hundreds of thousands, the torture of prisoners, and the destruction of the country’s infrastructure. The United States also left behind  a system of governance based on ethnicity and sectarianism.

According to the recent parliamentary election results, Nouri al-Maliki’s bloc won 92 out of 328 seats—which passes for a strong plurality in Iraq’s fractious political system. He is nearly guaranteed a third term as a prime minister.

This was the first election since U.S. troops left Iraq and the third election since the removal of Saddam Hussein. Terrorist attacks have continued in Iraq up to the recent elections. Over the last year, approximately 1,000 civilians have died each month from the violence, much of it generated by foreign terrorists coming from Syria through Turkey and led by al-Qaeda linked forces such as the Islamic State of Iraq and Syria (ISIS).

Despite the violence, the election was relatively free. Still, the recent election results have not resolved any of the underlying conflicts in the country.

After the elections of 2010, Dawa Party head Nouri al-Maliki‘s Shia-backed coalition brokered a deal with other groups to win a second term for al-Maliki as prime minister. The central government under al-Maliki continued to enjoy the support of the oil-rich eastern and southern regions, which are Shia bastions. But al-Maliki accuses the Sunni Gulf states and Saudi Arabia of funding terrorist organizations in Iraq.

The Sunni provinces, chiefly Anbar province in the west and Nineveh in the northwest, remain a source of discontent and a fertile ground for terrorism. ISIS challenges the central government’s control of these regions and effectively holds the city of Fallujah. They have reached areas surrounding Baghdad and attacked one of its Shia universities. Al-Maliki’s government has proven willing to fight terrorists with brutal force, if necessary. However, the terrorists retain support in Fallujah and the surrounding area because of the broader anti-government sentiment in the region.

Since 1991, with the help from the United States, the Kurds have meanwhile maintained a semi-autonomous region in the north. The Kurds have a respectful and watchful relationship with Turkey in the north and Iran in the east. The Kurds’ relationship with Iraq’s central government is more contentious, as Erbil struggles to get more land and more oil under its control. The disputes even have an international dimension. The Kurds, for instance, have attempted to export oil directly to Turkey. But the government in Baghdad insists that the deals require central government approval, and Turkey would rather keep a good relationship with Baghdad. Despite the challenges of running a semi-autonomous government, the Kurdish region is thriving relative to the rest of Iraq.

Al-Maliki has autocratic tendencies. He tends to label all of his opponents as terrorists. Instead of working with elected officials, he ignores the parliament and concentrates the levers of powers in his own hands. Corruption, graft, and favoritism have returned in force. Iraqis are leaving the country in droves, especially minorities such as Christians.

The enemies of Iraq continue to hope that the country will plunge into a civil war and fragment into three regions—Shia in the east and south, Sunni in the west and north, and the Kurds in the north. Such fragmentation is unlikely for Iraqis, who despite their infighting tend to identify with Iraq as a whole. If Iraq is divided, the Sunnis will be out of oil. The Kurds, because of opposition from Turkey and Iran, understand it is the wrong time in history to declare an independent country. (With their own large Kurdish minorities, neither Turkey nor Iran wants an independent Kurdish state on their borders.) And the Shia are Iraqis first and want to govern Iraq as whole.

Iraqi political leaders from all the factions can resolve the country’s problems if they place the interests of Iraq ahead of their personal, factional, and sectarian interests. This is a tall order. Al-Maliki has had his chance to lead Iraq. He has failed for many reasons, some of them beyond his control.

Nevertheless, al-Maliki now has a chance to put together a new team at the helm. The primary challenge facing this new government is to resolve the political divide between Sunnis and Shia created and exacerbated by the occupiers. Governance must be shared with the elected officials in parliament. The new team must come to terms with the Kurds, and the Kurds must be reasonable in accommodating the historical burden of present-day Iraq. Finally, the new team must stamp out corruption and graft.

Iraq must be given a respite to repair and rebuild the country for all of its citizens. The political leaders of Iraq must eradicate the post-occupation remnants of ethnic and sectarian animosity and control the bloody violence that is plunging the country into a new civil war.

This could be Iraq’s last chance.

Adil E. Shamoo is an associate fellow of the Institute for Policy Studies, a senior analyst for Foreign Policy In Focus, and the author of Equal Worth – When Humanity Will Have Peace. His email is ashamoo@som.umaryland.edu