Attacking Iran Is Like Setting Off Nuclear Bombs on the Ground

Compared to the interests of Jerusalem, Tehran, and Washington, those of the Iranian people come in a distant last.

END_OF_DOCUMENT_TOKEN_TO_BE_REPLACED

Down the road only a few generations, the millennium of Magna Carta, one of the great events in the establishment of civil and human rights, will arrive.  Whether it will be celebrated, mourned, or ignored is not at all clear.

END_OF_DOCUMENT_TOKEN_TO_BE_REPLACED

Mohammad ElBaradei, former International Atomic Energy Agency (IAEA) chief, used to say using the so-called “carrot and stick approach” on Iran – simultaneous use of sanctions and incentives to induce cooperation – is doomed to fail, because “Iran isn’t a donkey”. Others would go further and say that Iran is a proud civilization, and an ambitious regional power, which will not give up an iota of its nuclear ambitions, no matter how painful the price.

END_OF_DOCUMENT_TOKEN_TO_BE_REPLACED 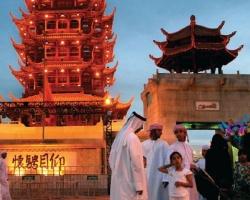 Review: China and the Persian Gulf

China’s rise, according to many analysts, has been the world’s most significant geopolitical and economic development of the 21st century. Central to China’s rise has been the energy it needs to fuel economic growth. Importing over 42 percent of its crude oil from the Persian Gulf, Beijing views the region as vital for this economic development. China growing influence in the world’s most oil-rich region is the subject of Bryce Wakefield and Susan L. Levenstein’s China and the Persian Gulf: Implications for the United States.

END_OF_DOCUMENT_TOKEN_TO_BE_REPLACED

Iran has no immediate plans to block the Strait of Hormuz on response to sanctions.

END_OF_DOCUMENT_TOKEN_TO_BE_REPLACED

Central Asia has increasingly dazzled players from near and far, once they’ve grasped its worth as a crucial source of energy — oil, gas, and hydroelectric power.

END_OF_DOCUMENT_TOKEN_TO_BE_REPLACED

On 29 June, Japan witnessed its largest public protest since the 1960s. This was the latest in a series of Friday night gatherings outside Prime Minister Noda Yoshihiko’s official residence. Well over one hundred thousand people came together to vent their anger at his 16 June decision to order a restart of Units 3 and 4 at the Oi nuclear plant. This article discusses the events of the last several weeks which sparked this massive turnout as well as the nature of the protest. It begins by outlining the Japanese government’s recent policies affirming nuclear power, from Noda’s nationwide address of 8 June justifying the Oi restarts on the grounds of ‘protecting livelihoods’, and continuing with the move on 20 June to revise the Atomic Energy Basic Law and establish a law to set up a new, yet potentially toothless, nuclear regulatory agency.

END_OF_DOCUMENT_TOKEN_TO_BE_REPLACED

Conservative activist Andrew Breitbart, who died earlier this year, created an empire of websites that attack big, fat liberal targets. There’s Big Government, Big Hollywood, and Big Journalism. In 2010, he intervened into foreign policy with his final effort, Big Peace. Not surprisingly, he never got around to launching websites that attacked Big Money or Big Military. Nor did Big Mouth ever appear, for that would have been a wholly uncharacteristic foray into self-criticism.

END_OF_DOCUMENT_TOKEN_TO_BE_REPLACED

Conflicting Sudans Have Corruption, Militias, and China in Common

South Sudanese politicians are using security as an excuse to dodge transparency on oil revenues.

END_OF_DOCUMENT_TOKEN_TO_BE_REPLACED

I delivered the following remarks at an anti-NATO conference held in Moscow on May 15, 2012. I was the only North American speaker at an all-day conference, having been invited in connection with the appearance into Russian of my book Drugs, Oil, and War. As a former diplomat worried about peace I was happy to attend: as far as I can tell there may be less serious dialogue today between Russian and American intellectuals than there was at the height of the Cold War. Yet the danger of war involving the two leading nuclear powers has hardly disappeared.