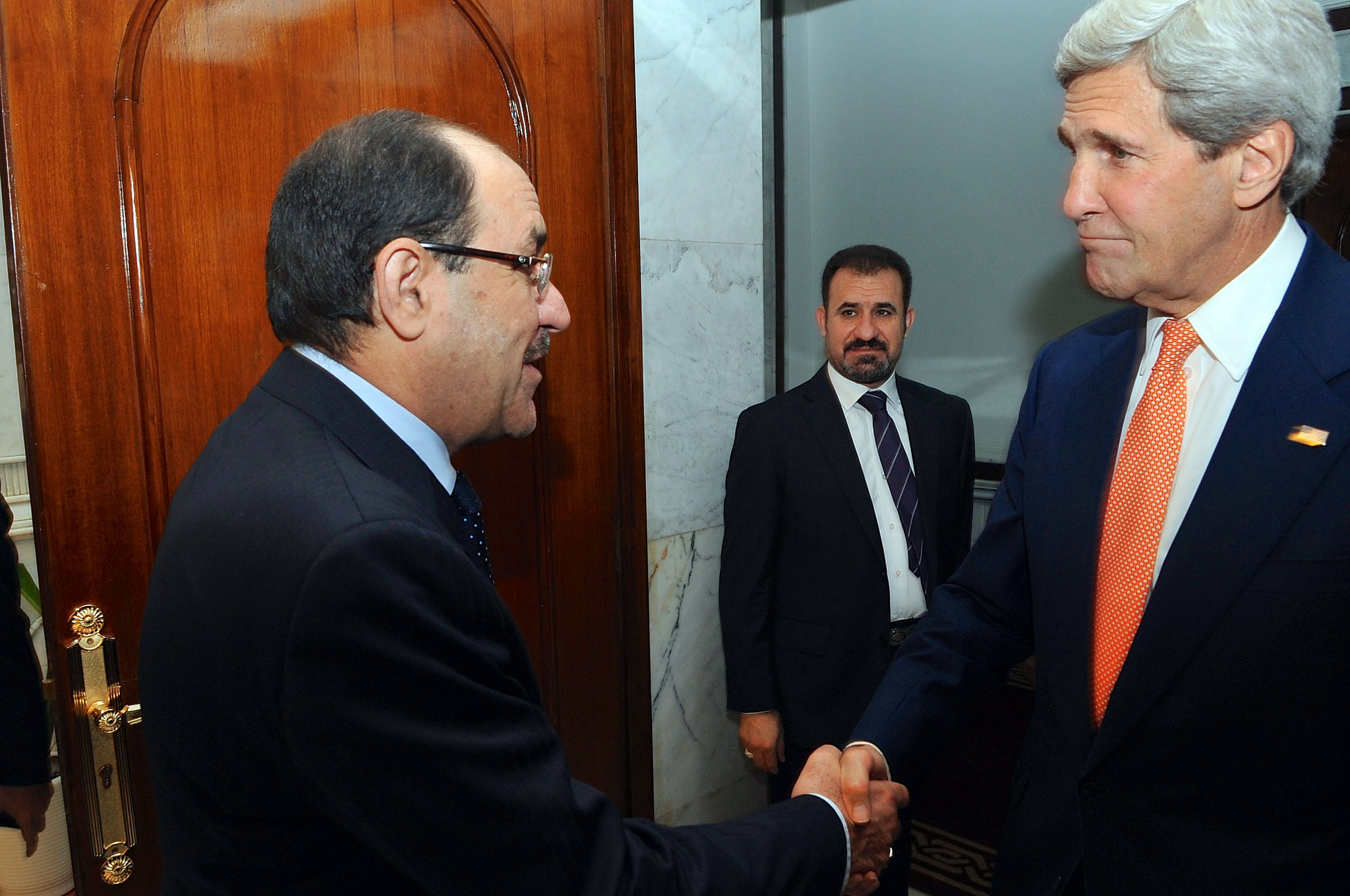 There’s plenty of blame to go around for ISIS’s progress in Iraq. (Photo: State Department / Flickr)

However vindictive and mule-headed, Prime Minister Maliki doesn’t deserve all the blame for the success of ISIS in Iraq.
By Russ Wellen | July 3, 2014

Everyone wants to blame Iraq’s Prime Minister Nouri al-Maliki for the military success of ISIS (the Islamic State of Iraq and al-Sham) in Iraq. For instance, appearing on Fox News,

Sen. Rand Paul (R-KY) criticized the U.S. for arming “Islamic rebels who kill Christians” in Syria and who are now militant in Iraq and said “the person most culpable” for the crisis in Iraq is President Maliki. Paul hit back at Sean Hannity’s oversimplification of the Iraq crisis and attempts to blame President Obama and Democrats on Hannity’s radio show this week.

In April, Dexter Filkins reported for the New Yorker:

The capture of Iraqi territory by Islamic extremists, barely two years since the last American soldiers left, prompted an extraordinary wave of soul-searching in Iraq and the United States, which lost more than thirteen hundred men and women in Anbar Province. Much of that reflection, in both countries, centered on Maliki, the man in whom the United States invested so much of its hopes and resources.

… From the beginning, Maliki was fixated on conspiracies being hatched against him—by his Iraqi rivals, by the Baathists he imagined were still in the Iraqi Army, even by the Americans. A former American diplomat described it as “Nixonian paranoia,” adding, “We had a hundred and fifty thousand troops in the country, and he was obsessed that a few dozen former Baathists were going to try to overthrow him.”

Equally as destructive, a longtime associate told Filkins that, to Maliki, “all politics is short term. He doesn’t have any vision for the state.”

There is no doubt that Maliki is fully responsible for this crisis. … Maliki has taken over power, taking advantage of this American protection. He has expelled his Shiite allies and took all the decisions by himself. He excluded and offended about one-third of the Iraqi population, Arab Sunnis, and therefore this situation can only generate a continued disobedience, which threatens the stability of Iraq and the state’s structure.

“Of course,” wrote the author of a report with no byline at Conflict Forum, “it is easy for external observers to blame PM Maliki for all Iraqi ills.”

But it was not Maliki that set up the Kurdish autonomous region, or who armed the Peshmerga; nor was it Maliki who disbanded Sadam Hussein’s army or initiated de-Ba’athification or who purged the Sunnis from power. It is true that the Prime Minister is neurotically suspicious of conspiracies mounted against him — a pathology which has deadened and ossified Iraqi politics. But his caution and suspicions, albeit exaggerated and damaging politically, can hardly [be] said to have been entirely without basis.