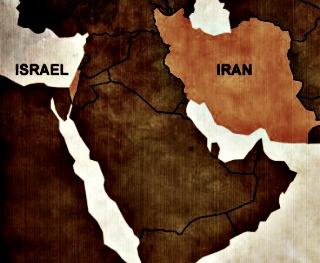 No to War with Iran

War with Iran could spark a regional conflagration that would cause untold suffering across the Muslim world and spark deadly blowback for decades to come.
By Adil E. Shamoo | September 18, 2012 Israel and the United States have waged a campaign of cyberwarfare and covert operations against Iran for the past several years. If Iran had taken similar actions toward Israel or the United States, we would have considered it a declaration of open war.

Iran is working hard to develop nuclear capability—if not an actual weapon—despite its repeated denials. After all, Iran is surrounded by the U.S. military might, and its primary regional rival—Israel—has possessed a sizable nuclear arsenal for decades. Nuclear proliferation is never desirable, but for Iran it could fit with a perfectly rational strategic calculus.

Recent U.S. and Israeli wars in the region drive this point home emphatically. In fact, these conflicts—variously pitting the strongest military in the world and the strongest in the Middle East against a host of weaker rivals—cannot rightly be called wars. They are massacres. The kill ratio of the powerful versus the weak fluctuates from 10 to 1 to over one 100 to 1. Take the most glaring example, the 2008-2009 Israeli invasion of Gaza. Gazans suffered 1,500 deaths and 5,000 wounded compared to just 12 Israeli deaths.

Elsewhere, Americans were coerced into war with Iraq by the myth of a mushroom cloud and the farcical notion of eliminating terrorists in Afghanistan. These manufactured reasons for war increased anti-American hatred and strengthened the terrorists’ reach.

In Israel, Prime Minister Benjamin Netanyahu has changed the conversation in the past year or so from U.N. sanctions against Iran to war with Iran. He wants a deadline for Iran’s noncompliance in stopping any uranium enrichment for any purpose—a violation of Iran’s rights under the Non-Proliferation Treaty, which permits peaceful enrichment. If the election-season statements of both Barack Obama and Mitt Romney are any indication, Netanyahu has succeeded in changing the U.S. conversation on Iran as well to put military action on the front burner.

Netanyahu is still not satisfied and wants military action now, not eventually. Netanyahu surrogate Danny Danon, Deputy Speaker of the Israeli Knesset, is using the recent senseless killing of the U.S. ambassador in Libya and the demonstrations in Cairo against a film insulting the prophet Muhammad as another reason why we should attack Iran. This is what my Jewish friends call chutzpah.

Given the threats to regional peace posed by U.S.-Israeli dominance in the Middle East, some scholars have even suggested that a stronger Iran could preserve stability in the region by counterbalancing the aggressive Washington-Tel Aviv axis.

Kenneth N. Waltz, a respected professor of political science at Columbia University, argues in Foreign Affairs that Iran’s nuclearization could improve its behavior as an international actor. Waltz refutes the common characterization of the “mad mullahs” who run the country and cites how Pakistan, India, and China became more responsible once they acquired the bomb. Meir Dagan, the former head of the Israeli Mossad and architect of Israel’s covert war on Iran, told CBS that Iran’s leaders are rational international actors and famously called attacking the country a “stupid idea.”

It would serve this country well to listen to rational voices apart from the drumbeat of war from Israeli leaders and U.S. neoconservatives, who hope to reshape the Middle East through Iran and Syria after failing to do so in Iraq. The United States has already suffered two decade-long wars that brought this country to financial catastrophe and military exhaustion. We cannot afford another war.

A U.S. or Israeli war on Iran could spark a regional conflagration that would cause untold suffering across the Muslim world and spark deadly blowback for decades to come. Such a war must be prevented, and this starts with shouting “No!”