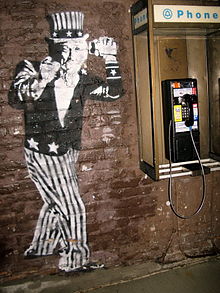 NSA spying is sullying Washington's relationship with nearly every one of its global partners and competitors.
By Emma Lo | July 17, 2013

As President Barack Obama arrived in Berlin last month to deliver a speech at the Brandenburg gate, many Germans were already expressing concern about revelations of NSA spying. Little did they know that they were viewing the tip of the iceberg and that tensions in the Atlantic alliance would continue to escalate to unimaginable heights.

On June 30th, offices of the European Union were officially welcomed to the ever-growing club of those who are subject to the National Surveillance Agency’s probing. According to Der Spiegel‘s summary of NSA documents leaked by Edward Snowden, the NSA has targeted the communications of most of its foreign partners, including 38 embassies and missions, in the form of bugging offices and tapping cables. For Germany, that meant NSA interception of about half a billion emails, texts, and phone calls per month. German, French, and European leaders have been loudly voicing objections to the United States’ conduct, viewing it as a betrayal of transnational trust.

In response, Washington is saying “relax.”

Numerous European leaders, including German Chancellor Angela Merkel and French President Francois Hollande, have decried the revelations and demanded answers from Washington. The resulting clamor prompted President Obama to take time out of his recent weeklong visit to Africa to answer European officials from Tanzania. Obama claimed that the NSA’s actions were hardly unique to the United States, insisting that every intelligence service—American, European, and Asian—is listening in, with the aim of “trying to understand the world better.”

So far, this attempt at justification has satisfied no one. Neither has U.S. Secretary of State John Kerry’s baffling claim of ignorance on the topic.

The administration’s weak defense is beginning to imperil international negotiations in concrete ways. On July 3, France issued a threat: cease the spying or France would attempt to delay Europe-U.S. trade talks. But the European Commission and Germany overruled France’s attempt, sparing the U.S. from a difficult decision, and the trade talks began as scheduled on July 8.

Still, as the host for the talks in Washington, the Obama administration was hoping to negotiate the opening of European markets to controversial products such as genetically modified foods. But prospects for Washington’s original agenda are slimmed by issues of security, mutual trust, and open communication that are now at the forefront of the talks.

The U.S.-China relationship, far more fragile than Washington’s long established ties with Europe, has been shaken by the same issue. Li Haidong, a researcher at the China Foreign Affairs University in Beijing, points out Washington’s hypocrisy, saying, “Washington has been accusing China of cyberespionage, but it turns out that the biggest threat to the pursuit of individual freedom and privacy in the U.S. is the unbridled power of the government.” During the fifth annual U.S.-China Strategic and Economic Dialogue of July8-12, neither nation made significant concessions with regards to espionage, which remains one the largest points of contention between the two superpowers.

More blowback bubbles in South America, where Brazil has begun a large-scale investigation of whether Brazilian telecommunication firms have been cooperating with American intelligence agencies. Because Brazil’s constitution protects its citizens’ right to privacy, the NSA’s surveillance in the country is criminal activity and “punishable,” according to Anatel, the Brazilian Agency of Telecommunications. The purpose of the investigations, says Communications Minister Paulo Bernard, is to “verify the circumstances in which [NSA spying] occurred, the exact way and when.”

If the United States has been praying for the NSA issue to somehow phase out on its own, it’s time to give it up. With open investigations in Brazil, and European and Chinese talks subverted, the world is done waiting for explanations and is demanding change. The U.S. leadership, starting with President Obama, needs to acknowledge that fallout from NSA surveillance is sullying its relationship with every one of its global partners and competitors, rein in the program, and offer an apology.

Emma Lo is a contributor to Foreign Policy In Focus.