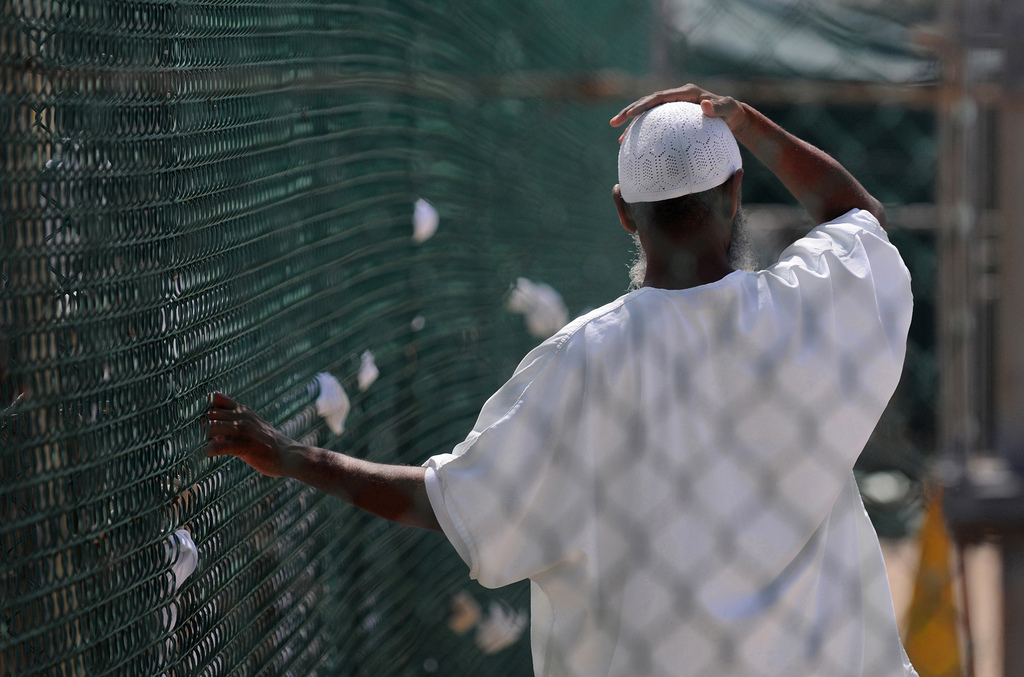 Sgt. Bowe Bergdahl's release proves Obama can do more to fulfill his pledge of closing down the detention facility at Guantanamo Bay.
By Medea Benjamin, Alli McCracken | June 6, 2014

The government of Qatar recently brokered a dramatic deal between the United States and the Taliban to swap five Guantánamo prisoners for Bowe Bergdahl, a U.S. soldier held as a prisoner of war for almost five years. Flexing his political clout, President Obama demonstrated his ability to navigate with ease through the Congressional obstacles in the way of releasing prisoners from Guantánamo. Some House Republicans accused the President of breaking the law to get his way. But the Obama administration made it clear that the President had added a “signing statement” to the bill restricting the transfer of Guantánamo detainees, saying that the restrictions violated his Constitutional prerogative.

Called “the hardest of the hardcore” by hawkish Republican Senator John McCain, the Guantánamo prisoners released in the swap have been identified as high-level Taliban operatives. According to Human Rights Watch, one of those released, Mullah Norullah Nori, could be prosecuted for possible war crimes, including mass killings. All of the men were recommended for continued detention because of their “high-risk” status. Qatar has assured the United States that the released men will be held and monitored in Qatar for at least a year, but some U.S. officials are highly critical of the move, saying that the men are likely to return to their former positions within the Taliban.

If Obama is willing to take the risk with these “high-risk” prisoners, and if he really wants to close Guantánamo as he has claimed many times, why hasn’t he been using his authority all along to release the 77 prisoners already cleared for release? Of the remaining 149 Gitmo prisoners, 77 were cleared by the President’s Guantánamo Review Task Force—meaning the US government has deemed them innocent or not a threat to Americans. But since President Obama’s speech at the National Defense University in May of 2013, in which he reiterated his promise to close the detention facility, only 12 of these men have been transferred.

In his May 23 speech, the President also announced he was lifting a self-imposed ban on repatriating Yemeni prisoners, who represent the majority of remaining prisoners. Yet over one year later, not one Yemeni has been transferred. If finding a safe place to transfer prisoners is indeed a problem, President Obama could immediately accept the generous offer of Uruguay’s President Mujica to take five men from Guantánamo.

By releasing the five Guantánamo prisoners without prior Congressional approval, President Obama has blown away the excuse that his hands are tied by Congress. He should use his authority to free all the cleared prisoners, such as the five below:

1. Tariq Ba Odah, a Yemeni national, has been detained at Guantánamo since February 2002 and cleared for release since 2009. In February of 2007, he began the longest running hunger strike at Guantanamo that continues to this day. He is force-fed daily. He says his hunger strike is the only way that he has to communicate to those of us who have our freedom how barbaric it is to be put in a cell for a decade without charge.

2. Yunis Abdurrahman Shokuri is a 46-year-old citizen of Morocco who has been held in Guantánamo for over 12 years. As his lawyers at Reprieve explained, “Younous has consistently been one of the most cooperative, peaceful prisoners at the base; he says he bears Americans no ill-will. His greatest wish is to be reunited with his wife and continue with the quiet life that was interrupted by America’s ‘war on terror.’”

3. Ghaleb Nassar Al-Bihani, a diabetic Yemeni citizen, copes with his anxiety and depression through exercise, including yoga. Mr. Al-Bihani has been imprisoned for the last 12 years on the basis of allegations that in 2001 he was an assistant cook for a Taliban-affiliated group that later disbanded—yet he has never been charged with a crime.

4. Fahd Ghazy, a Yemeni citizen, has been detained at Guantánamo since 2002. Imprisoned just months after getting married and having a child at the age of 17, he is one of the last remaining prisoners detained as a juvenile. Fahd was cleared for transfer by President Bush in 2007, and again by the Obama administration in 2009. He is now 29 years old and has spent over one-third of his life in Guantánamo without charge.

5. Shaker Aamer is a former UK resident and Saudi Arabian national who has been held at Guantánamo without charge since 2002. Despite the willingness of UK authorities to permit Aamer’s return to the UK and rejoin his family, he remains imprisoned. He has spent much of his time held in solitary confinement, and has been involved in protesting against conditions at the camp, including participating in hunger strikes.

The president should also use his authority to release another prisoner wrongly held: former CIA official John Kiriakou, imprisoned for telling the truth about CIA waterboarding and torture. Kiriakou’s family is in danger of losing their home while he serves time a 30-month prison sentence, and the peace community has rallied to their defense.

President Obama acted courageously to secure the release of Bowe Bergdahl. Now he must act courageously to deal with the remaining Guantanamo prisoners by freeing the 77 who have been cleared and by freeing—or securing fair trials—for the rest.

This is precisely what Bob Bergdahl, father of the swapped prisoner, is calling for. “I don’t think anybody can relate to the prisoners in Guantánamo more than our family, because it’s the same thing,” he said. “How could we have such a high standard of judicial process for horrible war criminals [during World War II] … and yet now we can go for 10-11 years without even having judicial process? It’s just wrong.”

President Obama can, and must, right this wrong.

Medea Benjamin (@MedeaBenjamin) is the co-founder of the peace group CODEPINK and the organization Global Exchange. She is the author of Drone Warfare: Killing by Remote Control.

Alli McCracken (@AlliMcCrack) is the national coordinator for the peace group CODEPINK, based in Washington DC. She is an avid supporter of whistleblowers and hopes you will make a donation to help John Kiriakou’s family keep their home.