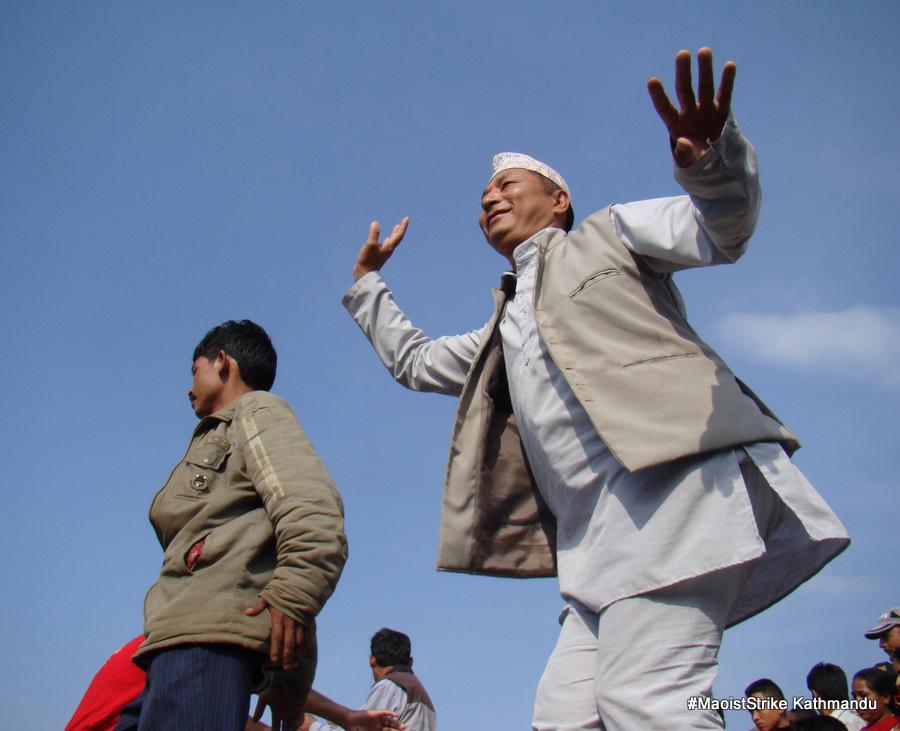 The Maoists are on strike, the government falls: What's next for Nepal?
By Deepak Adhikari | July 28, 2010 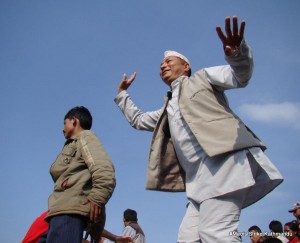 Nepal is a tiny Himalayan nation sandwiched between two mighty Asian rivals: India and China. New Delhi and Beijing are using Nepal’s territory to wage a proxy war against each other. This interference in Nepal’s internal affairs has contributed to a political crisis that has already claimed one prime minister and threatens to undermine the peace process begun four years ago.

After a short stint as Nepal’s prime minister Maoist leader Pushpa Kamal Dahal, known as Prachanda, resigned a year ago. He disagreed with the president over the sacking of an army chief who vehemently opposed the integration of Maoist combatants into the national army. Since then the Maoist party, the largest political force and one that openly tilts toward China, has sat in the opposition. Meanwhile, the coalition that replaced the Maoists until its resignation two weeks ago was cobbled together at the behest of the Indian government.

Nepal has long been in the Indian sphere of influence. But Maoists, with their overtures to China, made New Delhi uneasy. New Delhi openly displayed its concern when Prachanda chose China during the Beijing Olympics for his maiden foreign tour. Back home, he had to downplay the visit in order to pacify the critics who accused him of playing the “China card.” His resignation not coincidentally came just a few days ahead of his proposed China visit.

The success of the 2006 peace process brought the Maoists and New Delhi closer. But the change in guard in the top echelon of India’s Foreign Ministry, and the Maoist insurgency raging in its countryside, hardened India’s stance towards Nepal’s Maoists. India places security issues in Nepal as its main concern. The countries share a porous, 1,800-kilometer border that runs along the restive southern plains in Nepal. On Nepal’s side of the border, a motley group of insurgents clamor for attention, so India’s concerns are not without justification.

China is chiefly worried about the pro-Tibet activities in Nepal and the Free Tibet protests that often erupt in Kathmandu. The Nepalese government feels compelled to offer repeated assurances to Beijing that it won’t allow anti-China activities on its soil. Though Nepal stopped granting asylum to Tibetan refugees since 1990, they still use it as a transit point to enter India. Recently, to stem the tide of Tibetan refugees, China asked Nepal to beef up security along its northern border stretching along the rugged and treacherous Himalayan terrain.

Closer to home, the ruling parties accuse the Maoists of breaching the Comprehensive Peace Accord of November 2006 and urge them to renounce violence, speed up the rehabilitation and integration of the combatants still sequestered in UN-overseen cantonments, and return property seized during the decade-long civil war. “Maoists are neither willing to detach themselves from violence nor do they want the rehabilitation of their combatants,” says Pradeep Gyawali, a senior leader of the moderate Unified Marxist Leninist party, “They think that as soon as the combatants are disarmed, they will lose their power.”

Dr. Lokraj Baral, a prominent Kathmandu-based political analyst with the Nepal Center for Contemporary Studies disagrees. “Without bringing the Maoists on board, neither the peace process will conclude nor will it be possible to draft the constitution.” Indeed, disagreement persists among the Maoists and other parties vis-à-vis the modality of integration and rehabilitation of the combatants. A consensus government that would reflect the spirit of the peace accord seems very unlikely. The key to Nepal’s future lies in the hands of the Maoists. But given the geopolitical complexities, Nepal’s powerful neighbors are likely to determine its course.

Deepak AdhikariDeepak Adhikari is a Kathmandu-based journalist and contributor to Foreign Policy In Focus. His stories have appeared in Time magazine, the Pittsburgh Post-Gazette, OpenDemocracy, and others. You can read more of his work on his blog.