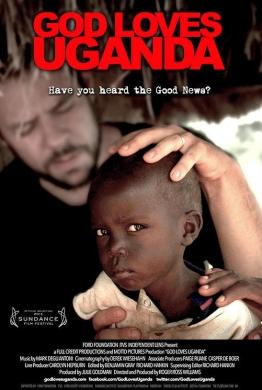 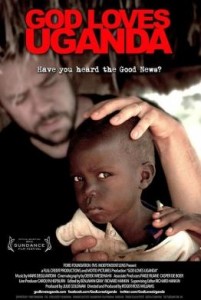 Set amidst the cityscape of Kampala and the rolling hills of Ugandan countryside, the film God Loves Uganda, produced by Oscar winner Roger Ross Williams, takes an extraordinary look at the influence of conservative American evangelicals on Ugandan society. The film was recently screened before an audience of activists, religious figures, White House representatives, and Capitol Hill staffers at the Human Rights Campaign (HRC) office in Washington.

Frequently switching back and forth between the United States and Uganda, Williams explores a variety of topics relating to the reach of the church in Uganda but concentrates primarily on the homophobic rhetoric born through American evangelicalism. Through excellent cinematography and an impressively even-handed approach, God Loves Uganda highlights the repercussions of the imported and heart-wrenching anti-gay sentiment that now runs deep in Ugandan society and government. It is difficult to imagine how the filmmaker, gay himself, entered into this world of extreme homophobic persecution for the entirety of its filming.

God Loves Uganda opens in a typical African street with traffic jams in every direction, women selling items from atop their heads, and children playing about. Amidst all of this is a local pastor, preaching to passersby with fervor and intensity. With this shot, Williams sets the scene for the film, intertwining religion with everyday life in Uganda.

Viewers then get their first peek into the International House of Prayer (or IHOP, though not to be confused with the chain of pancake restaurants), in Kansas City, Missouri—the U.S.-based center of evangelical power in the world with a 117-nation influence. The pastor cheers to his congregation, “We will take over the world by the power of the Holy Spirit!” IHOP performs mega masses, “saving” ceremonies, and also organizes mission trips to countries such as Uganda. A former Anglican priest practicing in the United States describes IHOP as all-powerful in countries such as Uganda.

Williams gives frightening insight into the often bizarre intensity of the activists behind this exported evangelicalism. At IHOP the camera catches a woman huddled over a map of Africa and kissing the country of Uganda. A shot of the crowd shows thousands of worshippers singing a song about how Uganda will be saved and its people healed. As worshippers cry, shout, and writhe on the floor, the preacher tells the camera crew about his “desire that orphans learn how to pray.”

Viewers are then transported back to Uganda, where they are introduced to the ultraconservative Pastor Robert Kayanja, pastor of the country’s largest church. Many laughs emanated from the crowd at the HRC screening when the camera spanned Kayanja’s private residence, a mammoth African-style paradise of a home, far beyond what any ordinary Ugandan could ever dream of having. Kayanja often works with and hosts American missionaries in Uganda, capitalizing on donations from overseas.

Williams follows a group of these U.S. missionaries on a conversion trip targeting Muslims in the countryside. “Do you speak in tongues?” they ask a street-side vendor. This garners laughs from those in the film as well as the crowd at HRC. Throughout this mission they attempt to convert Ugandans with attacks on other religions and classic fire-and-brimstone tales of hell.

When fear is used on a population where 50 percent of residents are under the age of 15, conversion is quite an easy task. God Loves Uganda documents how conservative evangelicals indoctrinate Ugandan youth from a very young age, leaving a huge chunk of the country at high risk to be conditioned to hate. Activists on all sides of the gay rights fight in Uganda understand that the outcome inevitably depends on the hearts and minds of these young Ugandans.

One warrior in the fight against youth brainwashing is Bishop Christopher Senyonjo of the Church of Uganda, one of a small number of progressive religious leaders who sacrificed his religious career and position in the community to fight against the conservative evangelicalism in Uganda. Senyonjo traveled the country attending lectures by Scott Lively, an extreme right-wing pastor from Massachusetts who told Ugandans that gays molested children and caused the Holocaust. Senyonjo recorded Lively’s tirades, fearing that no one outside the audience would believe that anyone would have the temerity to make them. He was eventually excommunicated and stripped of his title for his progressive views and activism.

Uganda’s parliament, however, proved particularly susceptible to Lively’s slander and vitriol. Williams includes chilling footage of Ugandan parliamentarians cheering and applauding as the infamous “Kill the Gays” bill of 2009 was introduced.

As the bill goes into parliament, Williams introduces The Call, an offshoot of IHOP complicit in spreading the anti-gay message. Led by the leery Lou Engle, The Call holds prayer rallies and fasts against the “sin” of homosexuality. Like the IHOP missionaries, Engle professes to know nothing about what is actually written in the “Kill the Gays” bill he helped promote. They claim there had been “no discussion” in Uganda pertaining to the bill—only in Western media—and that they hadn’t even read it.

Such willful ignorance and naïveté is, of course, easy to dismantle. The film includes a sound byte from David Kato, a well-known activist and member of the Ugandan gay community, who explains that foreign evangelical leaders “forget that [Ugandans] can and will take law into their own hands” when inundated with such inflammatory hate speech. Indeed, in 2011 Kato himself was murdered for being gay and standing up for LGBT rights.

God Loves Uganda evokes not only an advocate response but also a human response. At the HRC event, Williams declared that he had actually “toned down” the footage shown in the film—he did not want to target and isolate the IHOP or other conservative organizations, but rather bring dialogue to this pressing issue. He wants people to reach across the aisle to discuss these issues honestly and put a stop to this hatred.