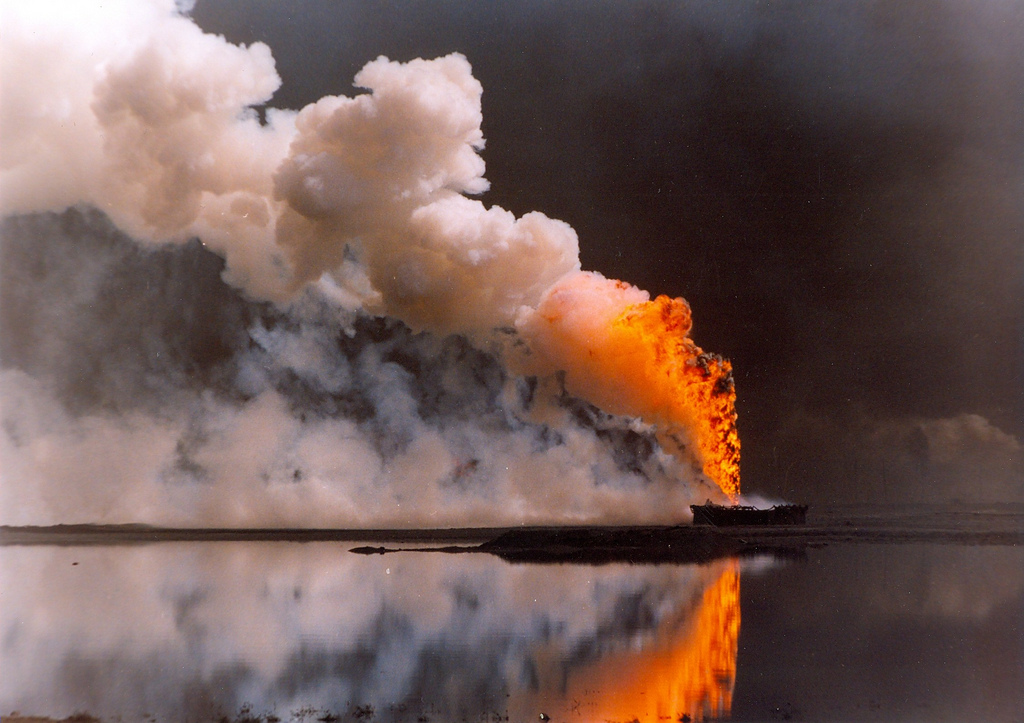 A Roadmap for Survival

The latest UN report on addressing climate change reflects a strong Western bias, but it's the most comprehensive tool we've got.
By Oscar Reyes | April 16, 2014

Greenhouse gas emissions are rising, and our addiction to fossil fuels is to blame.

That, in a nutshell, is the conclusion of an authoritative new UN report published on April 13th. Emissions have not only continued to increase, but have done so more rapidly in the last 10 years. While the growing reliance on coal for global energy supplies is chiefly to blame for the latest increase, the broader picture is that “economic growth has outpaced emissions reductions.”

The new report, entitled Mitigation of Climate Change, is the third in a series of blockbuster surveys from the Intergovernmental Panel on Climate Change (IPCC), the UN body tasked with reviewing the work of thousands of scientists and experts to establish the “current state of knowledge” on climate change and its impacts. The first report—The Physical Science Basis—once again established with overwhelming certainty that the climate is changing and greenhouse gas emissions caused by humans are primarily responsible. The second report—Impacts, Adaptation, and Vulnerability—warned that climate change would have a catastrophic impact on food supplies, hitting the world’s poorest people the hardest. It also documented the increased risks posed by floods, droughts, and damaged ecosystems as a result of climate change. The mitigation report models scenarios for reducing greenhouse gas emissions. A final synthesis of all three elements will be released in October.

The IPCC is not tasked with recommending what should happen next, but it maps out the terrain upon which the battles over what should be done are fought. A full “underlying” report, running to a thousand pages, is prefaced with a 30-page “policymakers’ summary” written in often impenetrable bureaucratic jargon. That’s a result of how the IPCC works: hundreds of authors (272 on the mitigation report alone) review thousands of scientific papers to produce the underlying report, and then representatives of the 195 governments that participate in the IPCC are asked to approve the summary report line by line.

It’s a wonder that anything manages to emerge from this labyrinthine operation, and it’s to the credit of the many authors that they have managed to clearly chart some of the contours of the challenge we face in addressing climate change. The results are clearest in the case of fossil fuels, with the IPCC mitigation report making perfectly clear that we cannot continue to rely on coal, oil, and (over the long term, at least) gas and expect to avert dangerous climate change.

Almost half of the increase in greenhouse gas emissions between 2000 and 2010 came from the energy supply sector, with a greater reliance on coal chiefly to blame. Continuing on this course would lead to a rise of up to 5°C (compared to pre-industrial levels) by the end of the century, with disastrous consequences. Averting this catastrophe requires a rapid “decarbonization” of electricity generation and a reduction in subsidies for fossil fuels, alongside measures to soften the impacts of these changes on poor and vulnerable populations. The report also provides succor to proponents of fossil fuel divestment, noting that “mitigation policy could devalue fossil fuel assets and reduce revenues for fossil fuel exporters.”

At its best, the IPCC report can help us to refocus attention on the practical measures that can make a real difference in addressing climate change. In an insightful section on urbanization and buildings, for example, the report lays out the important role that can be played by tougher codes on the construction of new buildings, regulations to retrofit existing ones, the importance of expanding public transport and encouraging “modal shifts” away from cars and planes, and city planning that avoids urban sprawl.

The IPCC’s overview is more problematic on issues that are more politically contentious, however—notably on how and when to replace fossil fuels. Natural gas power generation is referred to as a potential “bridge technology,” a conclusion that reflects linear thinking about how emissions might decline, but ignores more sophisticated modeling (from MIT, among other institutions) showing how investments in gas displace renewable energy and increase greenhouse gas emissions. Elsewhere in the report, in fact, there is a clear warning that “infrastructure developments and long-lived products that lock societies into GHG-intensive emissions pathways may be difficult or very costly to change.” That must surely include new gas power plants, although the compromises reached in constructing the IPCC summary don’t give space for further dialogue on the matter.

The IPCC’s take on other energy generation options is similarly hedged. The report notes that renewable energy technologies “have achieved a level of maturity to enable deployment at significant scale.” But nuclear power and “carbon capture and storage” (CCS) from fossil fuel plants are presented as having potential, albeit with greater caution about their respective safety, storage, waste issues, and costs. That is not so much a neutral expert view on the future of energy generation as it is a reflection of the influence of large private and state-owned utilities in shaping the agenda on these issues. Much of the research the IPCC reviews, after all, is funded by large energy utilities or government research councils that reflect their agenda, and its findings are ultimately reviewed by governments that own (or are heavily lobbied by) the large fossil fuel and nuclear companies. The IPCC reflects the balance of power in struggles over energy. But the battle for clean, renewable energy is happening elsewhere.

The IPCC summary report is also selective in how it treats the global distribution of emissions. Glen Peters, a University of Oslo academic who studies how emissions relate to consumption patterns, took to Twitter to note that “All material on consumption-based emissions and embodied (outsourced) emissions [were] removed” from the summary.

Significant compromises can be seen where international negotiating positions are at stake. With a new global climate treaty expected in 2015, the working group on mitigation was fraught with arguments on how to frame the responsibility for taking global action. The United Nations Framework Convention on Climate Change (UNFCCC), under the auspices of which a new global climate treaty will be devised, is clear that cumulative greenhouse gas emissions are primarily the responsibility of industrialized countries. That same group of countries (which includes the United States, the EU, Canada, Japan, Australia, and a handful of others) has the greatest capacity to act to reduce their own emissions, and should also provide the transfers of finance and technology needed to help the rest of the world reduce its emissions.

The IPCC summary report is broadly in keeping with the UNFCCC framework. It reaffirms the importance of “sustainable development and equity” as the basis for climate policy assessments. The former aspect is essential for developing countries, which argue that climate action should not compromise efforts to reduce poverty or improve healthcare, education, and other services. In this regard, the IPCC notes that “most mitigation has considerable and diverse co-benefits”: reducing emissions can cut air pollution, for example, while renewables can enhance energy security. The controversies are greater on how “equity” is defined, but here the IPCC report clearly references “past and future” contributions, which gives lie to the notion often promoted by U.S. policymakers that only current and future comparisons with competitors like China should be taken into account.

But matters get more controversial in relation to the underlying report and an accompanying “technical summary,” which is peppered with references to “high income countries,” “upper middle-income countries,” “lower middle-income countries,” and “low income countries”—a differentiation that conflicts with how the UNFCCC divides the world. Those divisions, translated into the arena of climate diplomacy, are viewed as an attempt to divide up developing countries in a way that undermines the UNFCCC and opens up key issues of responsibility (and financial or technology transfers) for renegotiation. This resulted in a series of formal objections to the report from, among others, Bolivia, Saudi Arabia, India, the Maldives, Venezuela, Malaysia, and Egypt.

More generally, the IPCC’s scenarios for how to reduce greenhouse gas emissions betray a strong Western bias in the report. After all, 70 percent of its authors are from the developed world, and it relies heavily on literature published in developed countries. Negotiations are underway on how to reform the IPCC to better reflect the breadth of global knowledge, but unless academic agendas become less parochial—which starts with research funding at the national level, potentially provided by financial transfers facilitated by an international climate agreement—progress on this aspect is unlikely to happen soon.

Until that time, the IPCC will remain far from perfect. The latest report on mitigation is a clear illustration, offering a partial, compromised, and politically biased map of the potential solutions to climate change. But it remains the most comprehensive map that’s available to us—one that, for all its flaws, codifies the fundamental importance of cutting our addiction to fossil fuels if we’re to have any chance of avoiding a climate catastrophe.