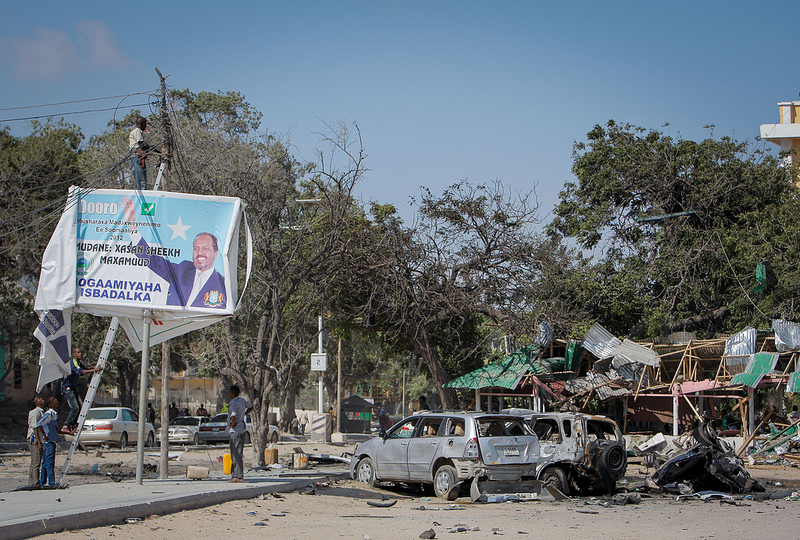 In most of the world’s parliamentary democracies, it’s rare to see presidents and prime ministers bickering, since their roles and responsibilities are more or less distinct and rarely overlap. However, in many African governments, power struggles between presidents and prime ministers are quite common, even when the offices have clearly defined constitutional roles.

In Somalia, the president is the head of state. His powers include appointing a prime minister and serving as commander-in-chief of the armed forces, which includes the power to declare of a state of emergency or war. The prime minister is the chief of the cabinet, guiding and overseeing the work of the other ministers. However, despite these neatly separated roles and responsibilities, Somalia is once again having great difficulty in governing itself under a power sharing system.

Although it’s designed to encourage collaboration between clans, the arrangement has yet to produce sustainable political stability, with a rift widening between President Hassan Sheikh Mohamud and Prime Minister Abdi Farah Shirdon. The real issue between them is unclear, but according to media reports, the president recently asked the prime minister to resign due to incompetence, while the prime minister claims that the president has no constitutional power to request his resignation. The prime minister has complained that the government cannot achieve its goals because of the slim cabinet that the president had imposed on him, which has resulted in each minister being in charge of three to four ministries.

After its independence, Somalia had a parliamentary system based on political parties. But a coup d’état in 1969 installed the Siad Barre military regime, disrupting the democratic process and eventually plunging the country into civil war. Since then, a number of power-sharing agreements aimed at resolving the crisis have crumbled.

In 2000, a Transitional National Government was established in Djibouti that ended up disintegrating due to a power struggle that began with President Abdiqasim Salad Hassan and Prime Minister Ali Khalif Galaydh. Similarly, in 2002, the Inter-Governmental Authority on Development organized a reconciliation conference in Kenya that gave birth to a Transitional Federal Government and a parliamentary system without any political party presence. The party system was replaced with a clan-based power-sharing formula called the 4.5 system, which awarded an equal share of parliamentary seats to Somalia’s four major clans, with a fifth retaining a half-share.

But something’s not working. Somalia’s three most recent presidents have each appointed three prime ministers, a rapid turnover rate indicating ongoing infighting between representatives of competing clans who are loathe to cede power to each other. As a result, Somalia has been plagued by a political process that is based on competition rather than cooperation and compromise. The current fallout between the president and the prime minister is a continuation of the political stalemate that has hampered Somalia’s progress for decades.

Meanwhile, precious time is being wasted on political brinkmanship rather than dealing with the innumerable challenges facing the country. Security, reconciliation, the economy, education, infrastructure, and healthcare are a few of the many issues that do not get addressed so long as the president and prime minister are locked in a power struggle. Consequently, many Somalis have lost faith in their leaders’ ability to unite the nation, which may lead the country towards another civil war and away from economic prosperity.

Therefore, the time has come for Somalia to try a different system of governance. Somali constitutional experts should review and amend the constitution from a power sharing system back to political party system in which a president and vice president from the same party are elected on the same platform.

The clan-based system has had its chance. Only through a party system, overseen by an electoral commission, can Somalia put together a government with the capacity to solve the country’s unique challenges—and bring about the political stability that has eluded it for the last two decades.

Nafisa G. Santur is a political researcher and conflict analyst based in Nairobi.