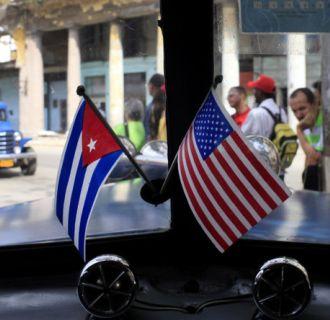 John Kerry’s ascent to U.S. Secretary of State generated a discussion about taking Cuba off the State Department’s list of “state sponsors of terrorism.” Given Kerry’s generally reasonable position on Cuba in the past, it was perhaps not surprising that he considered this option. Nonetheless, on May 1, the U.S. State Department announced that Cuba would remain on its list. It’s a serious mistake.

END_OF_DOCUMENT_TOKEN_TO_BE_REPLACED

The Bush administration’s Cuba policy has reached a dead end, with no hope of success. Its objective is nothing less than to bring down the Castro regime. Or, as then-Assistant Secretary of State Roger Noriega put it on October 2, 2003: "The President is determined to see the end of the Castro regime and the dismantling of the apparatus that has kept him in office for so long."