What needs rewriting is not the Geneva Conventions but Israel’s abusive and illegal war strategy.

END_OF_DOCUMENT_TOKEN_TO_BE_REPLACED

Skill, patience, consistency, logic, and understanding go a long way toward the design of an effective foreign policy. These attributes — perhaps obvious but frequently in short supply among foreign policy decision-makers — build a much firmer policy foundation than rude and emotional outbursts, erratic challenges, public bullying, contemptuous disdain, or efforts to isolate and demonize. With a new administration in place, now is the time to ask if U.S. policy toward Iraq can shift from viewing Iran as an "ultra-nationalistic, theologically conservative, politically radical, or Shi’ite" state and instead design a foreign policy based on skill, patience, consistency, logic, and understanding.

END_OF_DOCUMENT_TOKEN_TO_BE_REPLACED 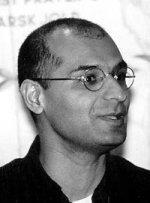 It has taken America’s leaders a long time to learn the lessons of nuclear weapons. President Harry Truman, who took the decision to bomb Hiroshima and Nagasaki called the atomic bomb the “greatest thing in history.” Almost 20 years later, with America having lost its nuclear monopoly, trapped in a desperate growing arms race with the Soviet Union, and having survived a crisis that threatened nuclear war, President John F. Kennedy described the bomb as having turned the world into a prison in which man awaits his execution. Fast forward another two decades, under pressure from peace movements, President Ronald Reagan agreed with Soviet leader Mikhail Gorbachev that the superpowers should eliminate all nuclear weapons.

END_OF_DOCUMENT_TOKEN_TO_BE_REPLACED

The Indian government suddenly finds itself under intense and mounting U.S. pressure to complete a nuclear agreement during the present U.S. administration. “We don’t have all the time in the world,” Nicholas Burns bluntly said this month. One of the chief architects of the agreement and the U.S. undersecretary for political affairs, Burns was referring to the India-specific agreements with International Atomic Energy Agency (IAEA) and change of rules at the Nuclear Suppliers’ Group (NSG) that are necessary for the export of nuclear plants and equipment to India. He reminded the Indians that “this is an election year” in the USA and hoped “very much that this process can now be completed.” David C. Mulford, U.S. ambassador in New Delhi, similarly pressed for the conclusion of the agreement during the Bush administration. He suggested that it is almost “now or never” for New Delhi to get behind such a deal before non-proliferation groups force additional conditionalities.

END_OF_DOCUMENT_TOKEN_TO_BE_REPLACED 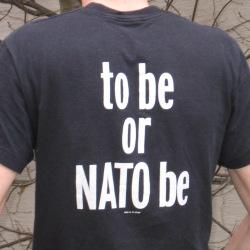 Unlike in the United States, the issue of Afghanistan ranks high on the priorities of the European (and Canadian) peace movement. With NATO headquartered in Brussels, the Belgian peace movement has taken a particularly strong stand against the new deployment. “Instead of a humanitarian intervention, we see an unacceptable amount of collateral damage,” a coalition of Belgian peace groups wrote in an open letter to the Belgian defense minister. “Human rights and women rights are violated at large scale whereas the massive opium production finances the corruption and the warlords. What kind of objectives, then, can Belgian defend there?”

END_OF_DOCUMENT_TOKEN_TO_BE_REPLACED

Often what is hidden in our world is so simply because no cares or thinks to look. Yes, a fair amount of attention has recently been given to the staggering new Pentagon budget request, the largest since World War II, that the Bush administration has just submitted to Congress for fiscal year 2009. It comes in at $515.4 billion – a 7.5% hike for an already bloated Pentagon — and that doesn’t include all sorts of Defense Department funds that will be stowed away elsewhere (even if in plain sight), nor does it include the couple of hundred billion dollars or more in funds to be appropriated largely via “supplemental” requests for the ongoing military disasters in Iraq and Afghanistan. Even the official budget, however, includes staggering sums for procuring major new weapons systems and for R&D leading to ever more such big-ticket items in the future. According to Steve Kosiak, vice president of budget studies at the Center for Strategic and Budgetary Assessments, “The fiscal year 2009 budget may be about as good as it gets for defense contractors.” When all is said and done, this will probably be a trillion dollar “defense” budget. As it happens, military budgets like this have a multiplier effect globally. After all, there’s no such thing as a one-nation arms race. It’s just that no one here thinking about what we’re about to feed the Pentagon pays much attention to such things. Fortunately, John Feffer, an expert on military policy and Asia, has been doing just that. He is the co-director of a particularly interesting website, Foreign Policy In Focus at the Institute for Policy Studies in Washington — with which Tomdispatch hopes to collaborate on projects in the future. (To subscribe to FPIF’s e-news service, click here.) In the following piece, he brings genuine arms-race news to all of us. Yes, Virginia, there is indeed an arms race underway; it’s taking off in Northeast Asia; and it’s dangerous. (Introduction by TomDispatch’s editor Tom Engelhardt.)

END_OF_DOCUMENT_TOKEN_TO_BE_REPLACED

Sure, there were some downsides to the Bush administration foreign policy in 2007 such as [INSERT YOUR FAVORITE EXAMPLE HERE]. But what about the good news?

END_OF_DOCUMENT_TOKEN_TO_BE_REPLACED

The unanimous conclusion of the 16 U.S. intelligence agencies, that Iran ceased pursuing a program of nuclear weapons in 2003, has dealt a severe blow to the Bush-Cheney agenda of forcible regime change in Iran. For several months, the rhetoric emerging from the White House escalated to the point that many observers predicted Bush would attack Iran before he leaves office.

END_OF_DOCUMENT_TOKEN_TO_BE_REPLACED

A sizable number of progressive activists, celebrities and unions who, for various reasons, are unwilling to support the underfunded long-shot bid of Ohio Congressman Dennis Kucinich are backing the presidential campaign of former North Carolina Senator John Edwards as their favorite among the top-tier candidates for the 2008 Democratic presidential nomination. Indeed, the charismatic populist has staked out positions on important domestic policy issues, particularly addressing economic justice, that are more progressive than any serious contender for the nomination of either party in many years.