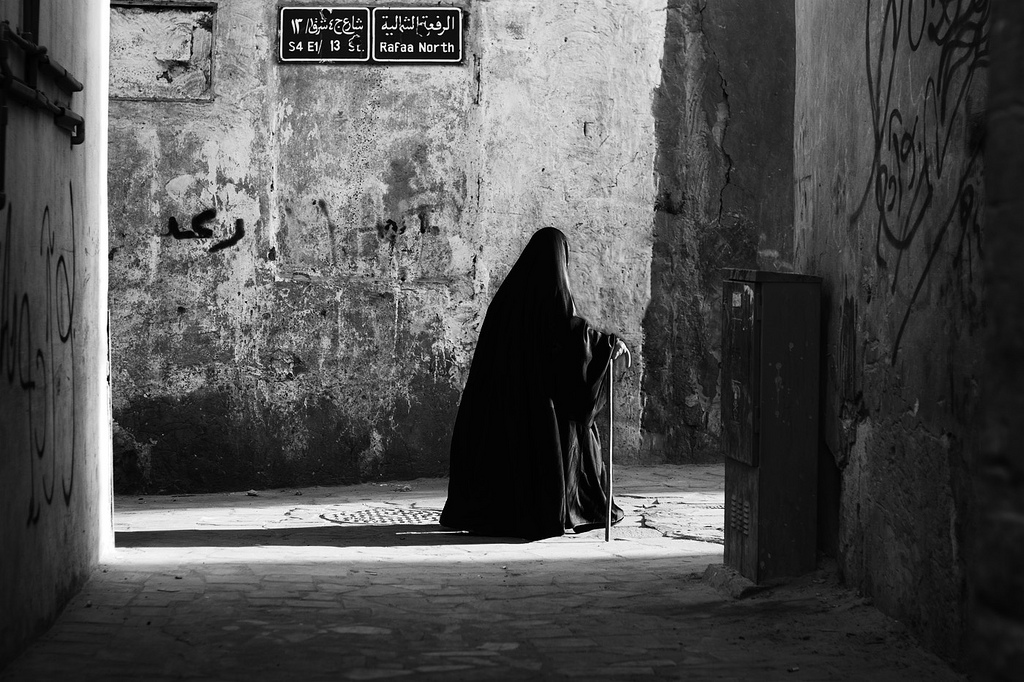 The Biggest Impediment to Saudi Women Was Never the Driving Ban

No matter their age, Saudi women are treated like minors — to the point that many require permission from their sons to work, study, or travel.
By Medea Benjamin | September 27, 2017

It looks like 27 years of protesting, along with international pressure and government recognition that it needs more Saudi women in the workforce, has finally paid off.

In a royal decree, Saudi King Salman announced on September 26 that Saudi women, who have long been the only women in the world banned from driving, will have that right as of June 2018. The move brings Saudi Arabia a step closer to joining the 21st century, but Saudi women remain shackled by extreme gender segregation and a guardianship system that is a form of gender apartheid.

The ban on driving, along with the general lack of reliable and safe public transportation, has had a terrible impact on middle class and poor Saudi women who cannot afford their own personal drivers. It’s been a major factor keeping women at less than 20 percent of the labor force. The recent introduction of ride-sharing apps like Uber and Careem have helped, but are still too expensive for many women as a daily form of transportation.

For decades Saudi women have been fighting to lift the driving ban. In 1990, a protest was organized by Aisha Almana, a Saudi woman who had studied — and driven — in the United States. Almana and 46 other women piled into cars and drove around the capital. They were arrested and thrown in jail. Their passports were confiscated, those with government jobs were fired, and they were denounced in mosques across the country.

In 2007, women unsuccessfully petitioned King Abdullah for the right to drive, and a 2008 video of activist Wajeha al-Huwaider driving received international attention. In 2011, about 70 women openly challenged the law by driving, and a similar protest was organized in 2013. Some of the women were imprisoned, fined, suspended from their jobs, banned from traveling, and even threatened with terrorism charges for public incitement. Again in 2015, two women activists were arrested for driving.

So it’s good to celebrate this hard-won victory for Saudi women. But we should recognize that the biggest impediment for women hasn’t been their inability to drive — or the fact that women, by law, must be totally covered in public.

The biggest obstacle to women’s freedom is the male guardianship system.

Under this system, a woman, no matter her age, is treated as a minor and must live under the supervision of a wali, or guardian. This is a legally recognized male — her father, husband, uncle, or some other male relative (even her son) — who must grant formal permission for most of the significant issues affecting her life.

Women are not allowed to marry, obtain a passport, or travel without the permission of their guardians. Enrollment in education requires a guardian’s approval, although some universities are no longer requiring this. Employers often require male guardians to approve the hiring of females.

If a women is married to an abusive man, she can obtain a divorce only if she pays back her dowry or can prove in court that her husband has harmed her. Yet a man can divorce his wife unilaterally, without any legal justification.

Women also face discrimination when it comes to child custody. A Saudi woman may keep her children until they reach the age of seven for girls and nine for boys. Custody of children over these ages is generally awarded to the father. In rare cases where women are granted physical custody, fathers retain legal custody, meaning that most transactions on behalf of the children require the father’s consent.

Citizenship is transferred to children through their father, so a child born to an unwed mother isn’t legally affiliated with the father and is therefore “stateless.” Also, the government doesn’t automatically grant Saudi citizenship to the children of Saudi women if their fathers aren’t Saudi. Sons can apply for citizenship, but the decision is at the discretion of the interior minister. Daughters of Saudi mothers and non-Saudi fathers aren’t granted citizenship unless they marry a Saudi husband and give birth to a child.

In September 2015, the Supreme Judicial Council granted women with custody of their children the right to handle all their affairs, but they still need permission from the children’s father to travel outside the country.

In certain types of cases in court, female testimony is worth half as much as male testimony. If a woman is in prison or in a rehabilitation center, she cannot be released to anyone but her guardian; if the guardian refuses to accept the woman, as often happens, she remains imprisoned.

Medea Benjamin is the co-founder of Global Exchange and CODEPINK: Women for Peace. She’s the author of the book Kingdom of the Unjust: Behind the U.S.-Saudi Connection.