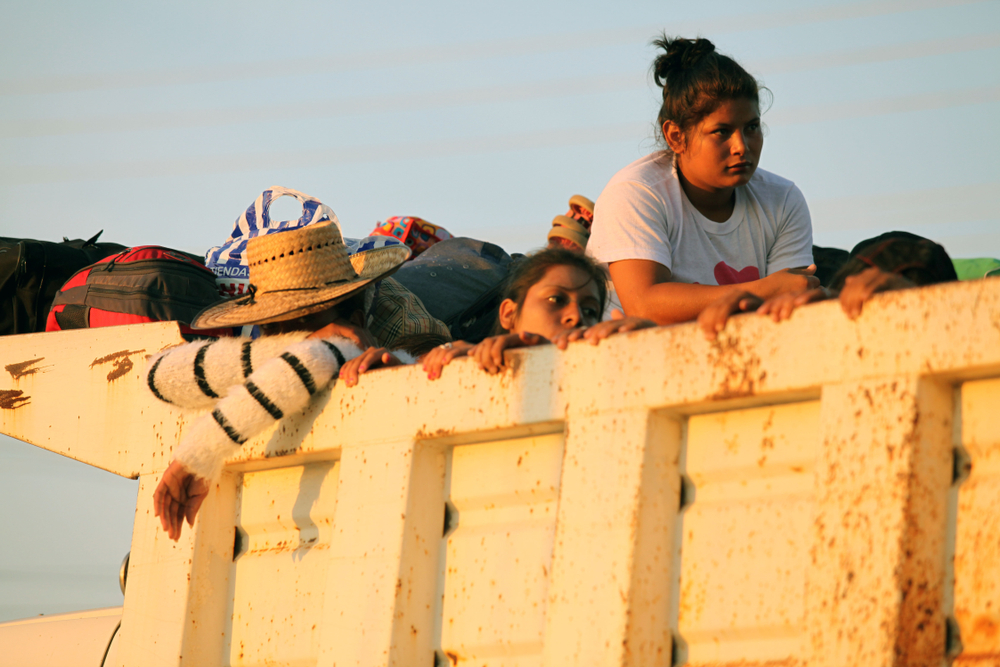 The U.S. War on Drugs is Driving the Displacement Crisis

Why are desperate refugees turning up on the U.S. border? Because we have offloaded the costs of the drug war on Latin America.
By Inge Fryklund | March 31, 2021

We are torn by images of unaccompanied minors and overcrowded facilities at our southern border, but few in the United States are asking why so many Central American families are so desperate to escape their own countries that they are willing to risk everything — including family separation.

These migrants are not fleeing some Act of God — drought or hurricanes or the like — that could not be anticipated or prevented. Rather, they are fleeing cartel violence and governmental corruption.

As CNN recently noted, “poverty, crime, and corruption in Latin America have long been drivers of migration.” Indeed, many Central Americans have concluded that the risks of the journey, of the smugglers, and of the possibility of losing their children are outweighed by the near certainty of violence or death at home.

But what explains the cartels, the violence and the governmental corruption? Fundamentally, it all stems from the U.S. War on Drugs.

When something that people want is declared illegal, the inevitable and predictable consequence is violence. Our experiment with alcohol prohibition in the United States (1920-1933) led to violence and corruption in U.S. cities as the unabated demand for alcohol led traffickers to pay bribes to police and politicians. Criminal gangs (think Al Capone) slaughtered each other as well as bystanders while battling over control of the alcohol trade.

However, during Prohibition, we did not try to force the rest of the world to join in our crusade. All the costs in violence and corruption stayed home to roost, which is probably why it took us only 13 years to realize that the downsides of this experiment outweighed whatever benefits there might be. With repeal, violence and corruption in American cities declined dramatically.

President Nixon ignored these lessons of Prohibition when he doubled down on illegality for other drugs. U.S. demand did not decrease, and Latin American supply met the demand. We wrongly believed that supply-side interdiction would result in fewer drug imports, but it has only resulted in smarter and more violent traffickers.

Drug-related governmental violence and corruption within the U.S. is minimal. We have offloaded most of the costs of the drug war onto the producer and transit countries, especially Mexico, Honduras, Guatemala, and El Salvador. We have used foreign aid and military assistance as leverage to force them to man the front lines of our War on Drugs regardless of the resulting corruption of their own politicians, police, and military. (By contrast, Uruguay, which does not rely on U.S. foreign aid, could implement its own, more liberal drug policies.)

If decapitated bodies were found outside Washington, D.C. instead of Mexico City, we would have changed course a long time ago, but until migrants massed at our border, we didn’t really notice the collateral damage elsewhere. We complain about corruption and “failures of governance” in these countries, yet our policies have systematically undercut democracy and made dysfunction inevitable. Latin American governments can’t be accountable to their own citizens when they must respond to the financial threats and incentives from the United States.

Not surprisingly, migrants flock to our borders seeking relief from the terror caused by ruthless narcotraffickers and governments corrupted by the drug trade. Our “immigration crisis” is a problem of our own making.

So how to change the situation?

The Biden administration has recognized that there must be reasons behind migration, and has named Vice President Kamala Harris at the point person for deterring migration and looking for “root causes” of the influx. However, a focus limited to diplomatic efforts (strengthening local border police) and economic aid is likely to be less than successful. As the Brookings Institution has noted, foreign aid tends to vanish into the hands of corrupt government officials. More money allocated to these same corrupt government officials and police departments is unlikely to change migration pressures.

This focus on “fixing” the Central American countries is also treating the migration problem as somehow caused by them: If only they would be less corrupt and would grow their economies, the migrants would stay home. We are blaming the victim. This completely ignores our essential role in destabilizing governments and fostering cartel violence.

We have created the problems driving desperate people to our borders and we have the power to change the dynamic. We can end the drug war in the U.S. and instead safely regulate and control all illicit substances, as we have done with alcohol and tobacco and, more recently, cannabis. We can cease foisting a drug war upon vulnerable South and Central American countries. With drugs no longer illegal, cartels lose both market share and a reason to bribe government officials.

Obviously, ending the War on Drugs and its disastrous collateral consequences is not a quick fix for the border. However, border problems — which clearly require some short-term logistical fixes — are only a symptom of our failed drug policies and should not distract attention from our practical and moral obligation to fix the real root causes of migration.

It will take time for these countries to re-stabilize. Economic development, job creation, and poverty reduction require the rule of law — honest governmental regulation, enforceable property rights, honest and expeditious courts, and police who assist rather than prey upon the public.

With the War on Drugs a thing of the past, and rule of law reestablished, the dynamism and talent of the population can turn to creating, rather than survival or escape. This will be a tremendous gain for our entire hemisphere.

The asylum problem will take care of itself when countries south of our border, responsive to their own citizens, are again free to craft their own destinies, and staying home becomes a natural and attractive option for parents and their children.

Inge Fryklund, JD, PhD, is a former Assistant State’s Attorney with Cook County, Illinois, and a former policy advisor in Afghanistan. She’s now an executive board member for the Law Enforcement Action Partnership (LEAP), a nonprofit group of prosecutors, judges, police, and others who use their expertise to end the War on Drugs and advance public safety solutions.