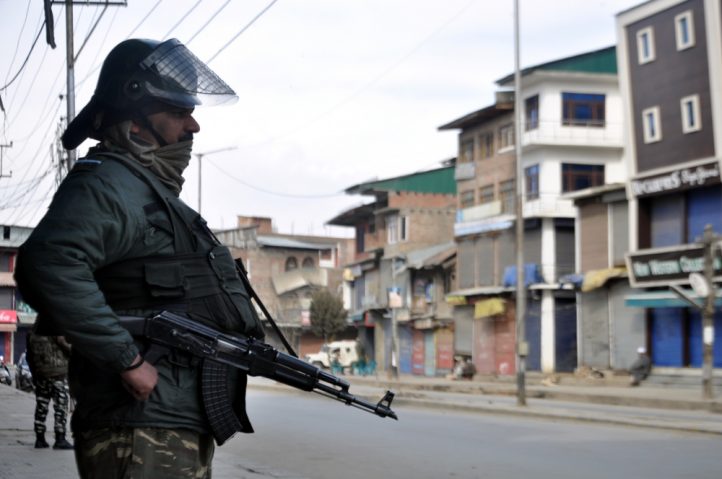 “The hasty stroke goes oft astray.” This piece of remembered wisdom from The Lord of the Rings seems to be an apt description of the Indian military siege of Kashmir.

On August 5th, at midnight local time, the disputed territory was abruptly cut off from all communication, both with the outside world and within Kashmir, as India snapped internet and phone connections and shut down all Kashmiri television channels. A strict curfew was imposed across Kashmir, a region roughly comparable to the state of Virginia in extent and population (8 million).

During the previous week, an additional 50,000 Indian troops had been moved into Kashmir, to join the roughly 750,000 already deployed there. And on August 6, the Indian home minister announced that India was revoking Articles 370 and 35A of the Indian Constitution, which gave Kashmir some limited autonomy and restricted outsiders from buying land in the state.

Under the new dispensation, Kashmir is to be ruled directly from Delhi as a Union Territory. The last time Kashmir was ruled directly from Delhi, from 1990 to 1996, it witnessed human rights violations on a massive scale, with extrajudicial killings, torture, rape, disappearances, firing on unarmed demonstrators, burning of homes, crops, and standing harvests, and a complete clampdown on all political activity. The warning signs that this will be repeated are already loud and clear.

The entire operation has been overseen by Home Minister Amit Shah, from the hard-right Hindu nationalist BJP (Bharatiya Janata Party), infamous for his orchestration of the massacre of 3,000 Muslims in the state of Gujarat in 2002. Though very little news escapes the military cordon India has thrown around Kashmir, there are reports of mass arrests, including of young children, a near-total clampdown on freedom of movement within Kashmir, and Indian military forces opening fire on protesters with live ammunition, tear gas, and pellet guns. Pellet guns are an Indian invention designed especially for “non-lethal crowd control” and used only in Kashmir. They bullets explode like shrapnel on impact and have been responsible for blinding hundreds of Kashmiris since 2016.

The narrative has shifted

The long and dismal record of Indian human rights abuses in Kashmir had, until now, been routinely ignored by the outside world. But now, the narrative has changed.

Media outlets across North America, Europe, the Middle East, Asia, and Latin America either report from the ground or pick up news as it appears in independent Indian outlets. They show images of desolate streets ringed with gleaming new concertina barbed wire and bristling with checkpoints, children injured and blinded by Indian troops firing pellet guns and even using catapults, and doctors and patients trying to reach hospitals turned away by soldiers at checkpoints. An independent Indian news outlet interviewed a young woman who was forced by Indian soldiers, in behavior worthy of Tolkien’s orcs, to walk 6 kilometers while in labor, to reach a hospital where she could deliver her baby. There seems to be no limit to the cruelty with which Indian troops treat Kashmiri civilians.

Perhaps because this is unfolding in a world that is grown weary of war and hatred, these stories and images are striking home. There has been a trickle of news of Hindu nationalist violence against minorities and Dalits in India that western media is no longer able to ignore. Perhaps the true colors of the Hindu nationalist government of Prime Minister Narendra Modi (who was rehabilitated by the Obama White House after Condoleezza Rica had denied him entry into the U.S. for his part in the Gujarat pogroms of 2002), are now being recognized.

Perhaps the lynchings, the signs of a sinking Indian economy, and the war mongering emanating from the Indian leadership — whose popular support was reaffirmed in a massive electoral mandate earlier this year — are making investors queasy.

And perhaps most significantly, as the U.S. prepares to pull itself out of the Afghan quagmire, it will need the help and support of Pakistan’s new government.

This combination of factors has enabled the western and U.S. media to get in touch with their conscience. Insightful reporting and editorials are making front page headlines — and even Human Rights Watch has broken years of silence on the issue to warn India, quite rightly, to “step back” in Kashmir. Maybe Churchill was right after all, when he said you can trust the Americans to do the right thing, after they’ve tried everything else.

To be sure, this shift has been some time in the making.

In 2017, the Rafto Foundation of Norway awarded its prestigious annual prize to two Kashmiri human rights defenders, Parveena Ahangar of the Association of Parents of Disappeared Persons APDP and Parvez Imroze of the Jammu and Kashmir Coalition of Civil Society JKCCS. In 2018, the UN Office of the High Commissioner for Human Rights (OHCHR) issued its first ever report on Kashmir, and a follow up report in June 2019. Reports from JKCCS on torture and Amnesty International on arbitrary detentions (aka arrests without charges) added to the growing evidence of massive human rights abuses by India, putting these squarely in the international gaze. The Turkish news site TRT World picked up the story with sustained reporting.

The other side of the western media coverage on the current crisis has been the near-total blockade on all Kashmiri media, and reports of Kashmiri journalists being attacked by Indian troops. While some independent Indian media sources have been reporting on the situation in a courageous and principled way, the majority of Indian media, traveling freely around Kashmir in army vehicles and helicopters, repeat the Indian government’s lies about peace, “normalcy,” and a glorious future of corporate investment for Kashmir.

Kashmiri journalist Gowhar Geelani, who was able to access an internet connection after nearly two weeks, sent out this message on Twitter: “Kashmir will remember the Instruments of Tyranny. Especially those who raised a toast to celebrate, to mock at Kashmir’s collective misery, helplessness, unprecedented information blockade, crackdown, and mass arrests. History shall never forget their Goebbelsian propaganda!”

Despite the continuing communications blockade, videos are starting to trickle out.

Which way to the future?

It was probably the impending U.S. departure from Afghanistan, and the increasing role that China plays in the region through the CPEC (China-Pakistan Economic Corridor), that explains the timing of India’s rushed move to annex Kashmir.

The idea may have been to ratchet up tensions in the region to prevent the U.S. withdrawal. But all is not going according to plan. There have been popular protests around the world, with global peace activists supporting the Kashmiri right to self-determination. Along with the media, this represents a significant shift in the global narrative on Kashmir.

As was reportedly affirmed at a closed door UN Security Council meeting on August 16, the UN continues to recognize Kashmir as a disputed territory and the unilateral Indian annexation does not change that status. According to Indian reporters with inside sources, Russia surprisingly joined China in calling for an open UNSC meeting, which can have more lasting consequences. This means that a major pillar of the Indian position on Kashmir, that it is an internal matter for India to handle as it sees fit, has been blown to smithereens. And a major foreign policy objective for Pakistan, to internationalize the Kashmir dispute, has been achieved.

No formal statement on the meeting has been issued by the UNSC, and naturally both India and Pakistan are spinning it as a diplomatic victory for their side. What is certain Kashmir is back on the agenda at the UNSC after a gap of 48 years. The threat of nuclear war with catastrophic global consequences may have the effect of focusing the efforts of that august and secretive body on finding a just and peaceful solution.

The Kashmir Scholars Network, a group of which I am a member, has developed a set of recommendations for action towards a peaceful and just resolution of the conflict in accordance with the wishes of the Kashmiri people. It is based on our collective knowledge of the Kashmir conflict and our connections to multiple actors, including human rights activists, civil society groups, lawyers, journalists, writers, artists, and academics in Kashmir.

“We recommend that United Nations bodies work urgently towards the following goals:

1) Immediate cessation of Indian violence against Kashmiri civilians and restoration of all civil and political rights.

2) Recognize the right of the Kashmiri people to determine their own political future, and mediate a just settlement based on the right to self-determination. In this process, international monitors must ensure that there is no government reprisal or intimidation against the people of Kashmir as they discuss future arrangements and express their political aspirations.

3) Demilitarize both sides of the Line of Control between India and Pakistan. Further, to demilitarize all of Kashmir and immediately revoke Indian emergency laws such as the Armed Forces Special Powers Act.

4) Create mechanisms and procedures that will allow Kashmiris on both sides of the Line of Control to meet freely and discuss their political futures.

5) Create a Special Rapporteur with the mandate to investigate and report on crimes against humanity in Kashmir. This would be the first step in setting up credible mechanisms for documentation, accountability, and justice for human rights abuses in Kashmir over the past three decades, including extrajudicial executions, torture, gendered and sexualized violence, enforced disappearances, and unknown, unmarked, and mass graves.

6) Create a UN Commission of Inquiry with the mandate to investigate all instances of human rights violations, which will be the first step in seeking accountability and justice for these crimes.”

As the UNSC faces up to the task of decolonization in Kashmir, what of the rest of India? The trashing of the Indian Constitution by the BJP has grim implications for democratic processes within India, as is already becoming evident. At the far eastern corner of the country, another slow-motion humanitarian and human rights disaster is unfolding in Assam, where the Indian government is ready to strip 4 million Muslims of their citizenship and place them in concentration camps prior to deporting them to Bangladesh. The two leading alerts on Genocide Watch today are Kashmir and Assam.

Minority groups like the Sikhs and Nagas, with their own histories of suffering repression and violence at the hands of the Indian state, are watching events in Kashmir closely, and what they foretell. The long night of Indian fascism has just begun.

What do the Kashmiris make of this? No one knows at present, because they are still under a communications lockdown with leaders, civil rights activists, and teachers under arrest, without charges. But when the Indian clampdown is lifted, their voice will be heard loud and clear, and it will be a roar for freedom. The Indian soldiers will be standing by, armed and trigger-happy, ready to shoot down teenagers, women, and children, as they have done so many times in the past.

This time, the world will be watching.

Update: As of August 22, the number of arrests was estimated to be around 4,000. Reports of torture are surfacing. The UN Office of the High Commissioner on Human Rights has issued issued a statement calling on the Indian government to end the communications clampdown and expressing concern about the reports of arrests and torture.

A friend received a call from Parveena Ahangar of the Association of Parents of Disappeared Persons, an inspiring human rights defender and one of the mothers of the disappeared. Parveena asked her to tell friends and supporters around the world that she is fine and the spirit of the Kashmiri people is unbroken.

FPIF contributor Shubh Mathur writes about nationalism, minorities, borderlands, counterinsurgency, and human rights. She is the author of two books — The Human Toll of the Kashmir Conflict: Grief and Courage in a South Asian Borderland and The Everyday Life of Hindu Nationalism, as well as many articles and commentaries. She is currently working on a comparative history of Indian counterinsurgency since 1947.