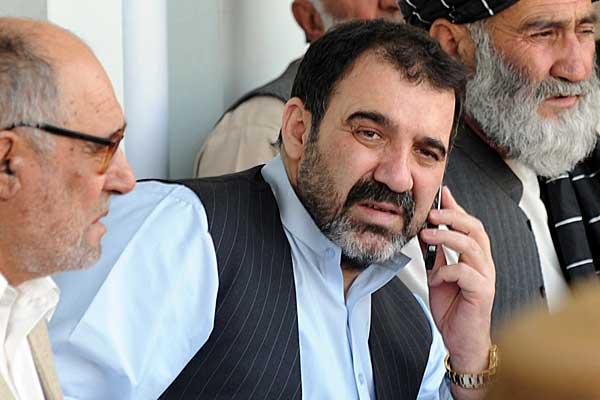 The author had a ringside seat to how the surge in Afghanistan only increased Ahmed Wali Karzai’s leverage, thus increasing U.S. need for his support.
By Inge Fryklund | February 22, 2014

Most commentary about Secretary Gates’ Duty: Memoirs of a Secretary at War has focused on his pithy comments about members of the Bush and Obama Administrations, but I found the more important story in a message he may not have intended. At a Sept 3, 2010 meeting in Kandahar with Brigadier General Nick Carter, discussing the local power broker, Ahmed Wali Karzai (AWK), President Karzai’s half-brother, Carter said that

… for the foreseeable future, the choice facing us was between a theocracy run by the Taliban or a “thugocracy” run by the likes of AWK. He said that working with AWK offered the best way to show results quickly against the Taliban. [Gates] told Carter that ‘if working with AWK helped keep our troops alive and succeed in their mission, then that’s no contest.’

This heads-down focus on the immediate fight, devoid of political or social context, goes a long way towards explaining the failures of our longest war.

I was working in Kandahar at that time. Besides being the go-to man for the trucking and construction contracts needed to supply and house our troops, AWK was widely considered among my Afghan friends and colleagues to be the person in charge of the Karzai family drug business in the south. U.S. forces were seen by the Afghans as beholden to AWK and either oblivious to or dismissive of the needs and the aspirations of Afghan citizens. The surge only increased AWK’s leverage, increasing our need for his support, leading to decreasing support for the Afghan government and increasing active or passive support for the insurgents, and round and round in a downward spiral of corruption, insecurity and despair.

Why did it seem so obvious to Gates that our (and of course the Afghans’) only choice was between a thugocracy and the Taliban? How about legitimate and responsive government that Afghan citizens could support? With our acquiescence, President Karzai refused to implement those portions of the 2004 Constitution that provided for accountable local government: elected city, village and district councils, and elected mayors. Instead, power was centralized in Kabul, councils do not exist, and Karzai personally appoints every mayor in Afghanistan. Would Americans put up with that? Of course not, yet the implications of the governance failure have eluded us. As the saying goes, don’t take a knife to a gunfight. We took an army to a political fight.

If “the mission” was to win individual battles, then we succeeded. If “the mission” was to create a stable and peaceful Afghanistan, it was a failure. It is the responsibility of the State Department rather than the military to ask these larger questions, but a disappointment to learn that the Secretary of Defense did not look beyond the immediate battle. It may be that his very focus on the well-being of the troops — movingly conveyed throughout the book — may have blinded him to the larger question of why they were there fighting at all.

Inge Fryklund, JD, PhD, has spent almost five years in Afghanistan, as well as in other post-conflict countries, and has observed the consequences of government income disconnected from political accountability. She can be reached at inge.fryklund@gmail.com.