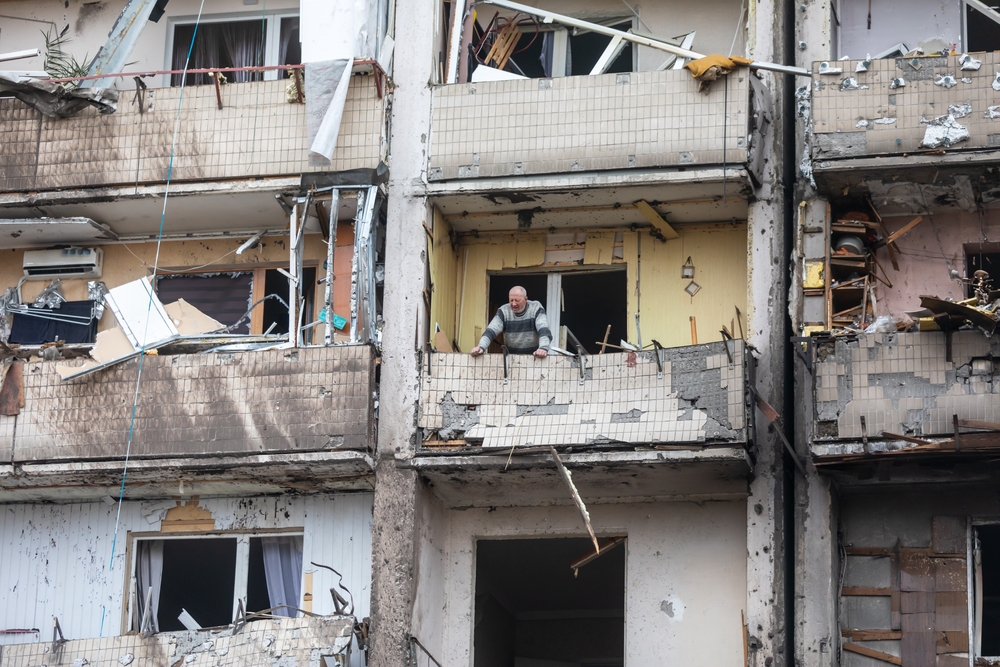 Ukraine: Between Hope and Fear

Russia's war in Ukraine poses the greatest danger to the planet at the moment. But is it also an opportunity?
By Dan La Botz | August 23, 2022

The Russian war on Ukraine represents the most dangerous development in the world at this moment, more threatening in the short run than climate change or pandemics. The war has raised not only fears but also hopes for millions around the world. While I share the apprehensions of many, those of us on the international socialist left also have hopes that war in Ukraine can lead to making the world a better and safer place.

Let’s look at those fears and hopes.

The current crisis began with an initial fear, which still remains, that Russia, led by Vladimir Putin, would conquer Ukraine. This conquest would obliterate a former colony that had become a sovereign nation, it would impose an authoritarian regime on an imperfect but nevertheless quite real democracy, and it would suppress the civil liberties that had made possible in Ukraine the development of a small but nevertheless significant left as well as genuine independent labor unions. A Russian victory would be a loss for all nations whose sovereignty might be threatened by a great power, and a defeat for democracy in Europe. It was this fear that first rallied many on the independent left to support Ukraine back in February when the war began.

There has also been a fear that Putin’s imperialist war on Ukraine could lead to a direct conflict between Russia, on the one hand, and NATO and the United States on the other. Were that to happen, since Russia, the United States, Britain, and France are all nuclear powers, it could trigger a nuclear war that would take the lives of millions or even billions and could end human life on earth. History suggests that even in the most difficult circumstances—the Korean War, the Cuban missile crisis, and the Vietnam War—great power leaders hesitate to turn to nuclear arms, knowing that mutual destruction is likely.

Ukraine has the right to procure arms for its self-defense from whomever it can get them, including NATO member nations and the United States. The United States and NATO appear to have rather carefully calibrated the kinds of arms they are making available to Ukraine in order to avoid an all-out war with Russia. Despite the general untrustworthiness of Western powers, they seem to be adhering to that reasonable policy.

Ukraine’s fight against Russia’s aggression could become a proxy war between two great imperial powers, Russia and the United States. The key factor in determining if this is a proxy war is to ask who calls the shots, that is, does the United States or some other Western power control and direct Ukraine’s political and military policies? Despite its dependency on U.S. and European arms shipments, Volodymyr Zelensky’s government continues to determine Ukraine’s policies and chart its course.

By disrupting shipments from one of the world’s great grain growers, Russia’s war on Ukraine could lead to a catastrophic famine in the Global South and particularly in Africa. Fortunately, the United Nations has negotiated an agreement with Russia to permit the shipping of grain from Ukrainian ports on the Black Sea and that grain has started to move. With these shipments the price of grain will fall and it may be possible to avert the feared famine.

Despite these fears, I continue to support Ukraine’s war and to hold out hope that it could lead to a better and safer world in several respects.

Despite the difficulties it faces, Ukraine has a good chance of not only withstanding Russian attacks but also driving the invaders from all of Ukraine. If Ukraine can do so, it would be a great victory for the right of nations to self-determination and for democratic governments over authoritarian states. But it is the Ukrainians’ decision whether or not to negotiate and, if they do so, to decide the terms acceptable to them.

Although wars always tend to strengthen authoritarian tendencies in democratic nations, the general mobilization of the population in Ukraine to resist the Russian invasion might create a new sense of democratic politics, something like the mobilization of the popular resistance of the people of Western Europe to the Nazis toward the end of World War II. The Resistance, especially in France and Italy, brought great hopes for a democratic and socialist society, hopes unfortunately quashed by both the Soviet Union and the United States. If such a popular democratic movement develops, it could contribute to making Ukraine a more democratic and less corrupt country. At the same time, it could challenge Ukraine’s far right and its small but dangerous Nazi groups.

The current popular mobilization in Ukraine could also produce a stronger, more militant Ukrainian labor movement. A couple of months ago, a labor conference took place in Lviv, despite the challenges of meeting during wartime, and Ukrainian unions have spoken out against Zelensky’s neoliberal and repressive labor laws that violate European and international labor standards.

Finally, Ukraine’s small democratic left has played an important role in the country’s political life through journals such as Commons and by socialist organizations such as Sotsіalniy Rukh (SR; The Social Movement). Activists from SR played a central role in organizing the labor conference in Lviv and have been involved in other Ukrainian social movements, such the feminist movement. There is also a Ukrainian anarchist movement that deserves attention. Small as they are, these organizations play an important role in relating to the broader left in Europe and in raising socialist ideas in Ukraine.

The fears raised by Russia’s war on Ukraine are great, but my hopes are perhaps even greater. As I carry on a constant reassessment of the situation and listen carefully to the Ukrainian left, I continue to support Ukraine in its war against the Russian aggressor and hope for the latter’s defeat.