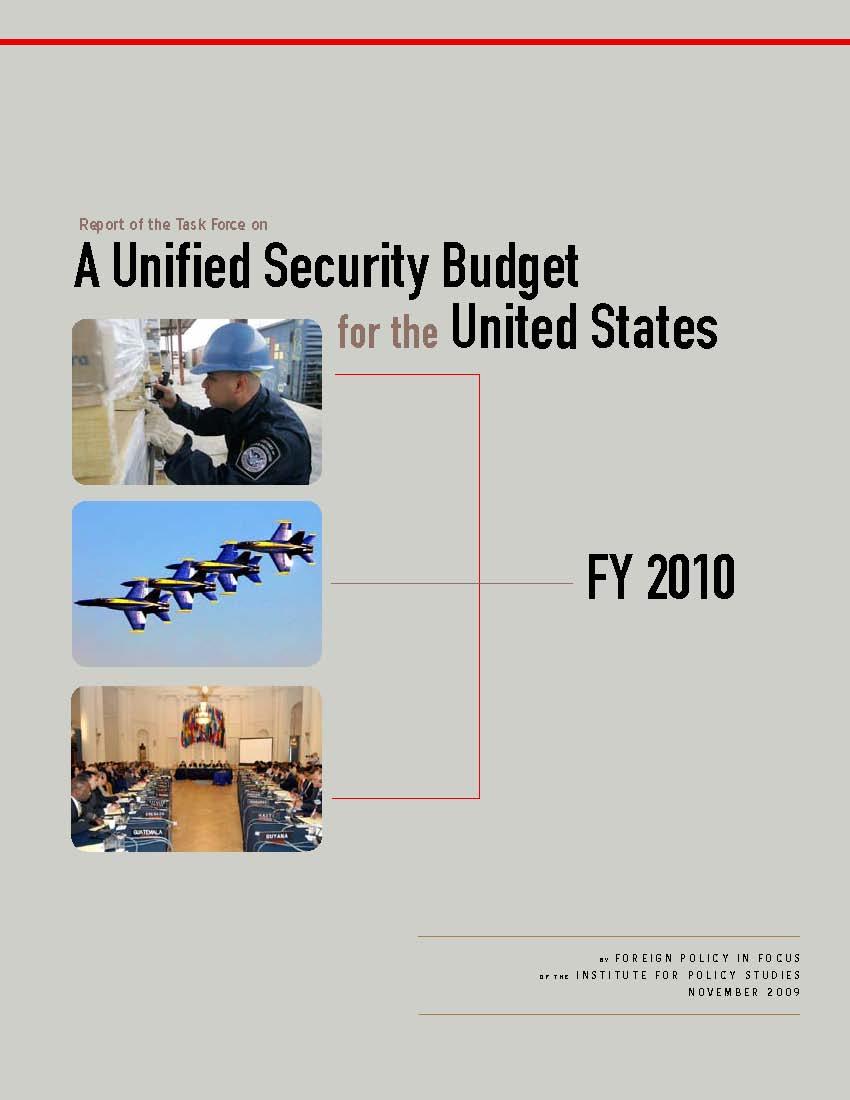 A Unified Security Budget for the United States, FY 2010

Obama needs to shift away from his predecessor and usher in a new era of U.S. security policy.
By Miriam Pemberton | November 18, 2009 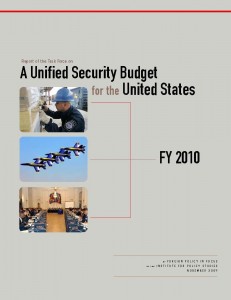 The Obama administration promised “a sweeping shift of priorities and resources in the national security arena.” The sixth yearly Report of the Task Force on a Unified Security Budget for the United States, FY 2010 finds that the promise of resource shifting has not yet been kept. The needle tracking the overall balance of spending on offense (military forces), defense (homeland security) and prevention (non-military foreign engagement) stayed stubbornly in place. In the FY 2010 request, like the one before it, 87% of the nation’s security resources were allocated to the tools of military force. This is true even excluding the appropriations for wars the country is currently fighting.

The Task Force on a Unified Security Budget — a project of Foreign Policy In Focus at the Institute for Policy Studies — supports a shift in emphasis toward a different, less militarized approach to U.S. security policy. Expertise among the 18 members of the Task Force, drawn from academia, think tanks and nonpartisan organizations, includes military budgeting and strategy, homeland security, nonproliferation and development.

Among the report’s recommendations are that the United States: