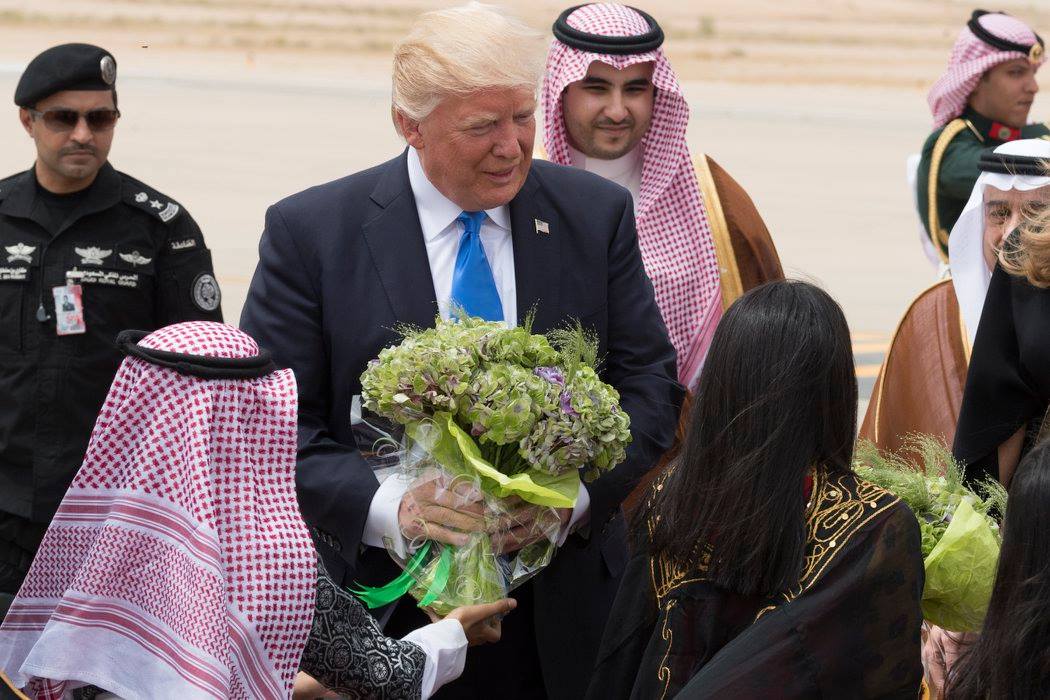 Once Upon a Time, Congress Actually Fought Saudi Arms Deals. It Can Again.

Most members of Congress accept that the U.S. will sell huge quantities of weapons to the rights-abusing state. It doesn't have to be that way.
By Harry Blain | March 9, 2018

“That should’ve happened so fast that Congress couldn’t step in.”

These were the words of Democratic Senator Jeanne Shaheen at February’s prestigious Munich Security Conference, in a panel discussion on whether President Obama should have used military force against the Syrian government in 2013.

The senator’s comments succinctly capture the “don’t ask us” mantra that the current United States Congress has increasingly followed when faced with questions of war, peace, and America’s role in the world — a clear abdication of its duties under Article 1 of the constitution.

But not every Congress has rolled over so easily.

Indeed, in the past Congress has asserted itself in ways that now seem almost unthinkable: denying and opposing presidential requests for arms sales, scrutinizing intelligence agencies, and questioning the foreign policy of the executive.

Today’s elected representatives must look to this legacy if they are to save themselves from irrelevance.

“House Rings up ‘No Sale’ on AWACS,” ran the headline of an October 15, 1981 article in the Christian Science Monitor.

“AWACS” — Airborne Warning and Control System planes — were, at the time, some of the most impressive pieces of equipment that the American military machine could offer. Following the Soviet invasion of Afghanistan and the Iranian Revolution in 1979, the Reagan administration hoped to sell $8.5 billion worth of these planes to Saudi Arabia, ostensibly to “protect our vital interests in an unstable area exposed not only to historic Arab-Israeli rivalries but increasingly to threats from the Soviet Union and its proxies.”

Yet, throughout a four-hour floor debate, members of Congress repeatedly rebuked the executive.

Although many were repeating the talking points of the pro-Israel lobby — objecting to the arms deal because Saudi Arabia “bankrolls PLO terrorists” — others cited fears of a “spiraling Middle East arms race,” “genuine concerns about the internal stability of the Saudi Arabian government,” and the potential for the loss of “important technological secrets” if “the Saud royal family, an unrepresentative ruling elite, should be overthrown.”

The House rejected the sale by a margin of 301 to 111, but because the Senate narrowly approved it after massive pressure from the president, Congress was unable to exercise a legislative veto. However, the battle continued throughout the 1980s, with legislators forcing the administration to shelve proposed sales of F-15 fighter jets and maverick missiles to the Saudi kingdom in 1987.

Although Congress did not always prevail in these disputes, it had acted on concern over what a 1982 congressional report described as “the explosive growth of major cash sales of weapons to Third World nations” in the 1960s and 1970s, along with “mistrust of the executive branch in the wake of the Vietnam War and the Watergate controversy.”

It passed legislation allowing for the veto of arms deals worth over $25 million with a joint congressional resolution of disapproval. It mandated the disclosure of data on arms transfers at the beginning of each year. And it even confronted the nation’s intelligence agencies and multinational corporations for abuses at home and abroad in the famous 14 reports and countless hearings of the Church Committee.

President Reagan still sold weapons to Saudi Arabia, terrorized Nicaragua, and funneled weapons to jihadists in Afghanistan, while his successors showed little fidelity to the 1973 War Powers Resolution passed in response to the excesses of the Nixon administration. But members of Congress at least seemed eager to put up a fight.

“Raising Questions,” Then Doing Nothing 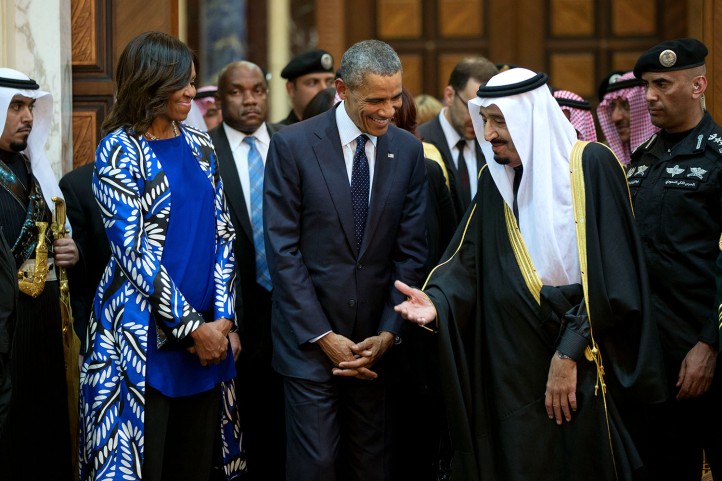 Fast-forward to 2010 and what was then the biggest arms deal in U.S. history: $60 billion worth of F-15s, F-15 upgrades, helicopters, missiles, night-vision goggles, and radar warning systems — all for Saudi Arabia.

Several things had changed since the 1980s. The Soviet Union left Afghanistan and, of course, collapsed. Fifteen Saudi hijackers contributed to the worst attack on U.S. soil since Pearl Harbor. The State Department firmly identified Saudi Arabia as “a critical financial support base for al-Qa’ida, the Taliban, LeT [Pakistan-based Lashkar-e-Taiba], and other terrorist groups… which probably raise millions of dollars annually from Saudi sources.”

So, if anything, the strategic case for arming Saudi Arabia had diminished — and the dangers of pouring weapons and money into a theocracy with a taste for foreign adventurism had become well-known.

198 House members signed a letter of concern about the sale, but a proposed joint resolution to block the sale never even made it to the floor for a vote. Similarly, in January 2008, after the Bush administration notified Congress that it wanted to sell the Saudis 900 JDAM bomb guidance kits, a joint resolution of disapproval was also introduced, but failed to pass.

On the one hand, it seems that Israel, while still uneasy about weapons flowing to Saudi Arabia, is not objecting with the same force that it did in the 1980s. The country is more confident now that it retains a “qualitative military edge” in the region, and that Saudi support for Palestinian rights is largely rhetorical. Thus, members of Congress who support the House of Saud no longer have to fear a serious backlash from the “Israel Lobby.”

There is some truth to this, but it’s far from the whole picture. Indeed, as noted above, past congressional opposition to Saudi arms deals (in, for instance, the 1981 debates) has not focused exclusively on Israel’s concerns, but also fears about the stability of the Saudi royal family, the proliferation of conventional weapons in the Middle East, and even the belief that oil-for-arms is no sound basis for a coherent foreign policy.

Can Congress Resist the Arms Companies?

It is, however, hard not to notice how congressional interest in arms deals has receded as money from arms companies has increasingly lined the pockets of representatives and their political action committees.

The defense sector fully supports equal opportunity here, giving Republicans and Democrats $16.9 million and $11.1 million respectively through the 2016 election cycle. This is up from $10.8 and $5.8 million in 2002, and $4 and $4.5 million in 1990. Of our 435 current members of the House of Representatives, 389 have received some campaign money from the defense industry, along with 96 out of 100 senators. Each of the top five donors from the industry are among the top ten most profitable arms companies in the world.

It’s not always easy to prove that this money independently impacts behavior, as elected representatives never admit as much openly. Nevertheless, it’s hard to believe that your congressperson just happened to share the same policy goals as Lockheed Martin — and that the bag of cash was incidental. The wider public certainly doesn’t buy this argument.

Some young and relatively new members of Congress — like Reps. Ro Khanna of California and Tulsi Gabbard of Hawaii — are trying to restore the legislature’s role in scrutinizing foreign policy and arms transfers. Libertarian Republicans like Rand Paul have long pushed for this, only to come up against decades of congressional lethargy, combined with the financial and political power of Lockheed, Raytheon, Boeing, and Northrup Grumman, among others.

As Saudi Arabia continues to pummel Yemen with American weaponry, the few voices of dissent on Capitol Hill must be amplified. A bipartisan bill invoking the War Powers act to cut off support for the Saudi campaign — introduced on February 28 by Senators Bernie Sanders (I-VT), Chris Murphy (D-CT), and Mike Lee (R-UT) — is an important step in this direction.

Come November, with the public’s help, such moves may even gain more co-sponsors and allies. Until then, we can take heart from the fact that Congress has been here before — and, occasionally, done its job.