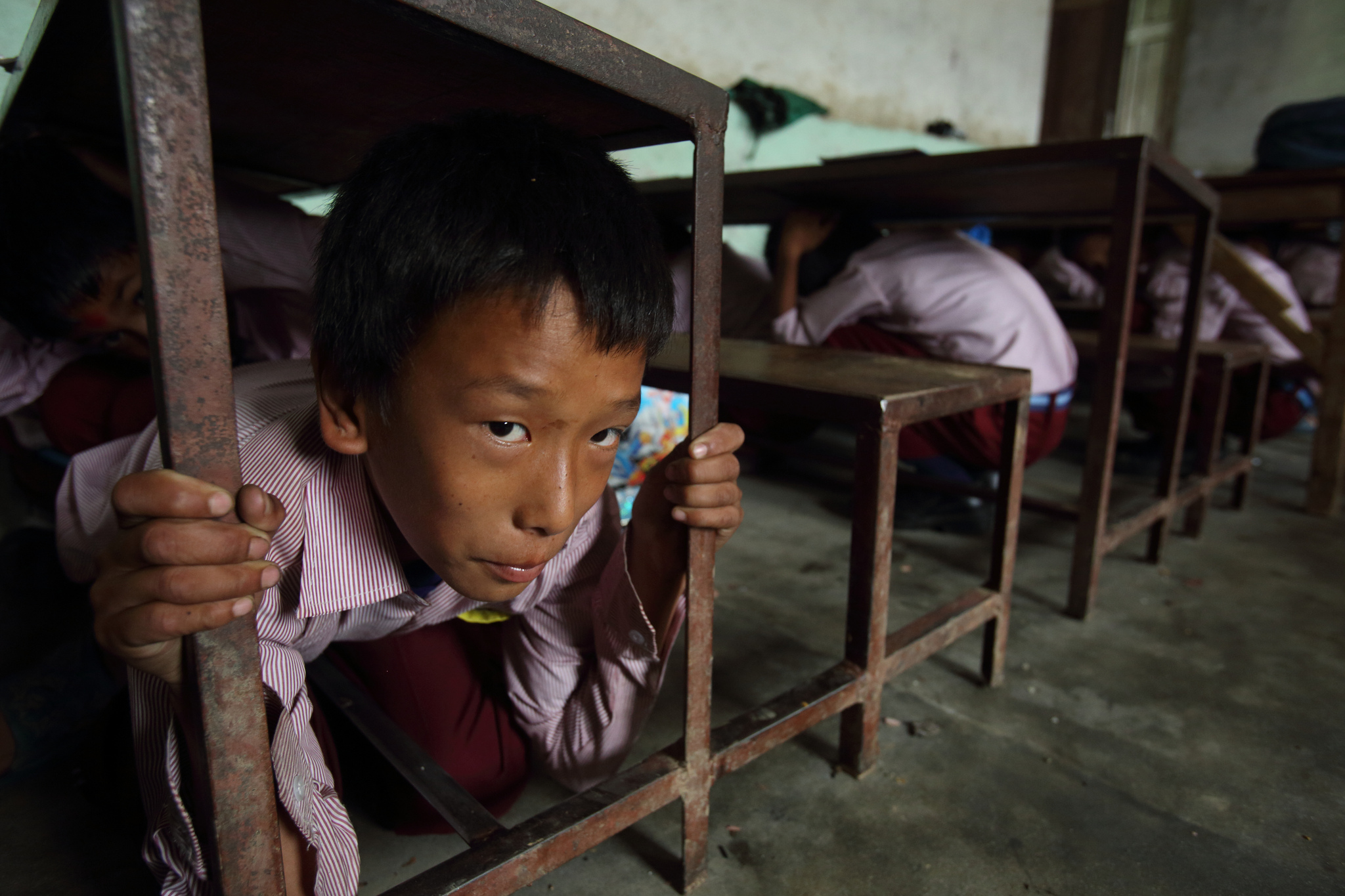 Want to Help Nepal Recover from the Quake? Cancel its Debt.

The death toll from Nepal’s earthquake has now passed 3,300, and there is no telling how much farther it will climb. The government and international aid agencies are scrambling to cope with the aftermath of a 7.8-magnitude quake that struck this South Asian nation on April 25.

Severe aftershocks have the land-locked country of 27.8 million people on edge, with scores missing and countless others feared dead, buried under the rubble.

With its epicenter in Lamjung District, located northwest of the capital, Kathmandu, and south of the China border, the massive quake rippled out over the entire country, causing several avalanches in the Himalayas — including one that killed over 15 people and injured dozens more at the base camp of Mt. Everest, 200 kilometers away.

Questions abound as to how this impoverished nation, ranked 145 out of 187 on the United Nations Human Development Index — making it one of the world’s least developed countries — will recover from the disaster, considered the worst in Nepal in over 80 years.

One possible solution has come from the Jubilee USA Network, an alliance of over 75 U.S.-based organizations and 400 faith communities worldwide, which said in a press release that Nepal could qualify for debt relief under the International Monetary Fund’s (IMF) new Catastrophe Containment and Relief Trust (CCR).

The IMF created the CCR this past February in order to assist poor countries recover from severe natural disasters or health crises by providing grants for debt service relief. Already, the fund has eased some of the financial woes of Ebola-impacted countries by agreeing to cancel nearly $100 million of debt.

Nepal owes some $1.5 billion each to the World Bank and the Asian Development Bank, as well as $54 million to the IMF, $133 million to Japan, and $101 million to China.

“In order for Nepal to receive relief from the IMF’s fund, the disaster must destroy more than 25 percent of the country’s ‘productive capacity,’ impact one-third of its people, or cause damage greater than the size of the country’s economy,” Eric LeCompte, Jubilee USA Network’s executive director, told the Inter Press Service. “It seems clear that Nepal will qualify for immediate assistance from the IMF.”

According to Jubilee USA Network, Nepal is scheduled to pay back $10 million worth of loans to the IMF in 2015 and nearly $13 million in 2016. Relieving the country of this burden will free up valuable and limited funds that can be redirected into the rescue and relief effort.

“Time is of the essence for the search and rescue operations,” said UN Under-Secretary-General of Humanitarian Affairs and Emergency Relief Coordinator Valerie Amos.

“The actions of the government of Nepal and local communities themselves have already saved many lives. Teams from India, Pakistan, China, and Israel have started work, and more are on their way from the U.S., the UK, Singapore, the United Arab Emirates, the European Union and elsewhere.”

Meanwhile the U.S. Department of Defense confirmed it had dispatched an aircraft to Nepal carrying 70 personnel and $700,000 worth of supplies.

But it’s unclear whether or not the immediate response will prove equal to the mammoth task ahead.

The UN Children’s Fund (UNICEF) estimates that 940,000 children from areas severely affected by the quake are in desperate need of humanitarian aid.

The World Food Program has been supplying emergency food rations, while the World Health Organization has sent in enough medical supplies to meet the needs of 40,000 affected people. Yet experts say much more will be needed in the weeks and months ahead.

Tens of thousands of people are sleeping in the open air in makeshift tents. Almost all are in need of better accommodation, clean water, sanitation, tents and blankets, and improved medical supplies.

A situation report released by the UN Office for the Coordination of Humanitarian Affairs revealed, “In Kathmandu Valley, hospitals are overcrowded, running out of space for storing dead bodies, and lack medical supplies and capacity. BIR hospital [one of the country’s leading medical facilities] is treating people in the streets.”

Scenes of devastation all around the country highlight the need for emergency relief, but do not do justice to the massive reconstruction effort that will be needed in the months and years to come.

“Since the IMF has clear rules in place and the financing available with their trust, aid [to Nepal] should come relatively quickly,” he added. “Unfortunately, with the bulk of the debt owed to the World Bank and Asian Development Bank, the rules for debt relief are less clear.

“It’s unfortunate that the World Bank, as a development institution, still has not yet released a plan similar to the IMF to respond rapidly to humanitarian crises. In the short term, the World Bank must offer a plan for grants and debt relief. I hope this crisis also motivates the World Bank to release their plans for a rapid response mechanism,” LeCompte concluded.