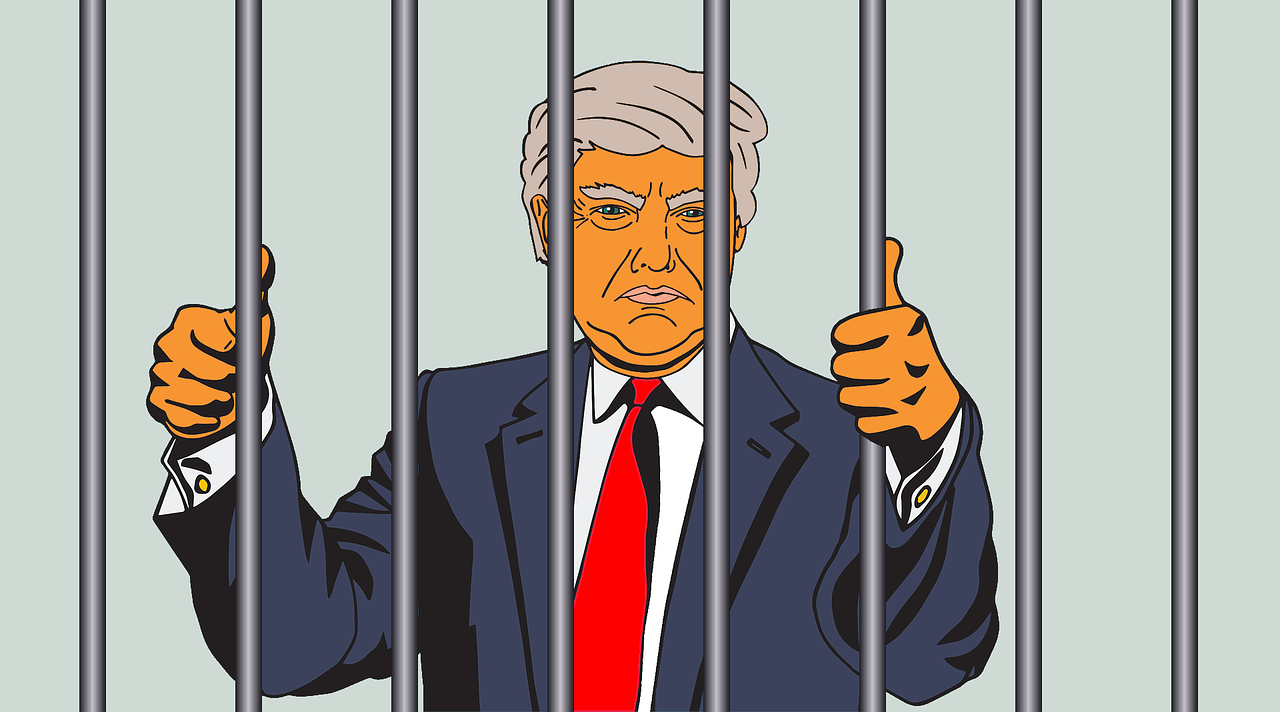 Donald Trump could end up in court over his mishandling of the coronavirus.
By John Feffer | April 20, 2020

Donald Trump said that he would make America number one again. And now the United States leads the world in coronavirus infections and COVID-19 deaths. It is a dubious achievement.

How could this have happened? The United States is supposed to have one of the best medical systems in the world. The Center for Disease Control, based in Atlanta, is world-renowned for its expertise in infectious diseases. And the U.S. government spends billions of dollars on disaster preparedness.

As if this weren’t enough, the Trump administration had plenty of advance warning. This novel coronavirus emerged at the end of December in China. The first known case of the disease appeared in the United States on January 20. China was overwhelmed by the coronavirus in early February. South Korea was hit hard at the end of February and Italy at the beginning of March.

But it wouldn’t be until March 13 that Trump declared a national emergency.

The Trump administration even had plenty of warning from its own high-ranking officials. The intelligence community was preparing briefings for the president. The CDC created a structure for dealing with the new disease in early January. On January 18, Heath Secretary Alex Azar tried to talk to the president about COVID-19, but Trump only wanted to discuss when vaping products would be back on the market.

“Donald Trump may not have been expecting this, but a lot of other people in the government were — they just couldn’t get him to do anything about it,” one official told The Washington Post.

On January 23, the World Health Organization released all the information about COVID-19 that was necessary to understand its potential global impact. Some members of the Trump administration, like Azar, tried to push the president to take the threat seriously. But others, like Commerce Secretary Wilbur Ross, saw opportunity in the epidemic gathering force in China. “I think it will help accelerate the return of jobs to North America,” Ross told the press.

Between the identification of the threat and his ultimate recognition of the seriousness of the problem, Trump wasted over two months. During that period, the president should have seen what was happening in other countries and applied the lessons learned. He should have marshalled the necessary resources to manufacture testing kits and distribute them widely. He should have put in place a robust contact tracing system. And he should have identified the weaknesses in the U.S. hospital system and sought to remedy them.

Trump is not solely responsible for the COVID-19 calamity in the United States. The virus caught many countries by surprise. But those that responded quickly and effectively managed to reduce the infection rate and, more importantly, the mortality rate. Around 220 people have died of the virus in South Korea, out of an infected population of 10,500: a 2 percent mortality rate. In the United States, over 23,000 have died out of nearly 600,000 infected, a mortality rate of 4 percent: near twice that of South Korea.

The U.S. governors who responded with appropriate urgency to the epidemic have avoided some of the worst impact. Washington was the first state to get hit hard, but it has successfully reduced the infection rate. California has kept the mortality rate to 3 percent.

But a number of governors and many Republican lawmakers in Washington, DC were as cavalier as Trump in their approach to this outbreak. Early on, several of these politicians dismissed COVID-19 as a hoax to undermine the Trump presidency. In mid-March, influential Congressman Devin Nunes (R-Ca) was still dismissing fears of infection by saying “it’s a great time to just go out, go to a local restaurant.”

Trump managed to avoid impeachment despite his blatant unconstitutional actions. Because of the collapse of the U.S. economy, he may well lose the presidential election in November.

But could he also be held responsible for the deaths of tens of thousands of Americans?

When asked by the press whether Trump has “blood on his hands,” Democratic presidential candidate Joe Biden responded, “I think that’s a little too harsh.”

But others are more willing to investigate the president’s culpability. Glenn Kirschner, a long-time federal prosecutor, believes that Trump will have to face a number of gross negligence suits once he is no longer protected by the Oval Office. “I actually think he will see charges brought in each jurisdiction in which people have died as a result of his gross negligence,” Kirschner argues. “So I have a feeling that he has got a lot of criminal legal exposure coming at him beginning in January 2021.”

Of course, such suits would not be the only charges that Trump would face on leaving office. He could face charges of obstruction of justice stemming from the impeachment proceedings. He could face various charges of financial impropriety connected to the profits his business concerns made during his presidency. He might even face charges internationally for violating human rights conventions in his treatment of migrants and asylum-seekers.

Trump is well aware of his vulnerability once he leaves office. That’s why he will fight as hard as he can, and as dirty as he can, to win re-election in November. He has continued to lie about his actions and even about his own previous statements. He denied saying, for instance, that he didn’t believe governors needed all the medical equipment they were requesting and that he wouldn’t return the calls of governors whom he didn’t like, even though both statements are in the public record.

He has systematically dismissed the oversight mechanisms that could expose his administration’s fraud and wrongdoing.

He is doing what he can to suppress voter turnout, for instance by calling into question the legitimacy of absentee ballots. He has even admitted that if more people vote, “you’d never have a Republican elected in this country again.”

He will try to restart the U.S. economy as soon as possible regardless of the human cost. Indeed, Trump is singularly focused on the elections and saving his own political skin – not on saving the lives of Americans.

If Trump wins in November, he could again use presidential immunity to escape justice. If he loses, he might just try to stay in office anyway. After all, it wouldn’t be the first time he would violate the law or disregard the rules and principles of democracy.