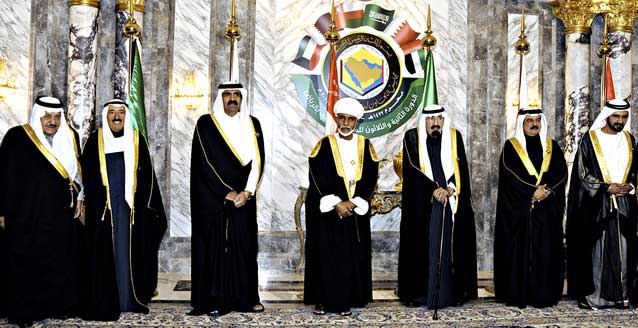 How Will the Gulf Cooperation Council React to a U.S.-Iran Nuclear Deal?

The Gulf Cooperation Council needs to work together on a game plan for negotiating with Iran.
By Sufyan bin Uzayr | February 5, 2014

The past few months have kept Iran busy. Apart from elections and a new President, a proposed nuclear deal is also in the air. With the United States and its allies planning to end their disastrous outing in Iraq, Iran’s role in the region seems to be growing with each passing day.

Furthermore, the Iranian nuclear deal might just put an end to the status quo between the Gulf countries and Iran. If so, how is the Gulf Cooperation Council (GCC) going to react?

As always, the Arab countries are having a hard time trying to find some common ground to begin with. When it comes to the Iranian situation, different member countries of the GCC are adopting different approaches. For instance, Oman is trying its best to be neutral. In fact, Oman acted as the facilitator during the US-Iran negotiations for the nuclear deal. On the other hand, Qatar is waiting to project itself as the key player in the region, ahead of both Saudi Arabia and Iran.

Saudi Arabia has launched its proxy wars against Iran — rightfully so, because the US-Iran nuclear talks have left the Kingdom of Saudi Arabia feeling both betrayed and threatened. The position of UAE can best be termed as ‘confused’; on one hand, UAE is openly siding with Saudi Arabia, whereas on the other hand, it is also trying to ease its relationship with Iran.

From the point of view of the GCC, Iran’s plans of becoming a regional hegemon are neither acceptable nor tolerable. However, if the GCC is serious about its stand vis a vis Iran, it needs to leave behind ghosts from the past and look forward to a future of regional cooperation.

First, the member-states of GCC need to put an end to their mutual differences and disagreements. If the GCC intends to emerge as a collective force, it needs to act as one.

Second, GCC needs a properly-defined agenda for the long-term. With the Iranian nuclear deal in the backdrop, the Arab states badly need a tectonic shift in the regional balance of power. However, no country can accomplish it single-handedly. This is where the role of the GCC becomes super-important.

Third, GCC requires a common strategy when it comes to negotiating with Iran. Oman’s neutrality and Saudi Arabia’s hostility might suit their respective purposes, but when it comes to the collective interests of the entire region, a different roadmap needs to be adopted. Plus, GCC also needs to consider the importance of Iran for economic motives.

Of course, all is not lost for the Gulf Cooperation Council. In fact, the GCC is doing a good job in its own right, albeit with a good number of hiccups that it urgently needs to find a remedy for.

To begin with, sectarian differences and communal disharmony must perish. Sectarian violence, as we are witnessing in case of Syria, can take the form of a mammoth-sized problem if left untreated. None of the GCC member-states can afford to go through sectarian strife.

Moderation in regional politics is the need of the hour. GCC needs to accomplish selective engagement with Iran at the earliest.

Most importantly, the GCC needs to strengthen its relationship with Turkey. While it is true that certain GCC countries did not appreciate the Turkish policy towards Egypt, this time the story is different. Turkey can play the crucial role of establishing balance of power between GCC on one hand and Iran on the other.

Even today, the Arab Spring uprisings have major implications in the region. The role of non-state actors is growing, and the call for transformation of autocratic ruling systems is gaining momentum. However, all said and done, the GCC member-states are, to a good extent, immune to the Arab Spring crisis on account of their booming economy and overall prosperity. Yet, societal demands for better governance are not going away either. Thus, the role of the GCC in ensuring the overall stability of the region becomes all the more important.

Status quo in the Gulf does not seem sustainable anymore. A restructuring of the regional order and setup seems to be imminent. At this junction, the member-states of the GCC need to get their act together, if they are serious about answering the challenges posed by the growing developments on the Iranian front.

Proper regional cooperation and a forward-looking game plan would go a long way in helping the Gulf countries preserve the regional fabric.