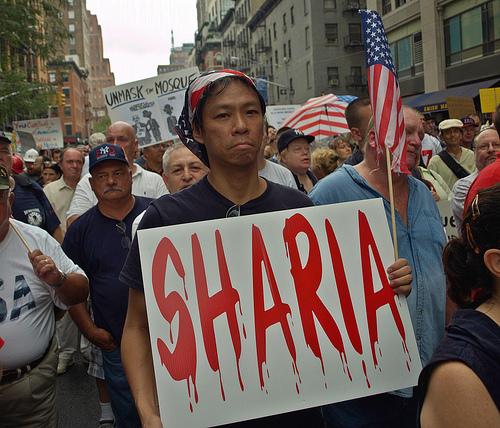 9/11 is No Excuse for Bashing Muslims

On the 10th anniversary of 9/11, we’ll be transfixed once more by images of the planes ramming into the World Trade Center and people, caught in the flames, leaping to their deaths. We’ll see pictures of the burning Pentagon and hear stories of the heroic firefighters and police officers who sacrificed their lives to save others.

And we’ll be reminded that, despite Osama bin Laden’s death, violent jihadists are still a threat.

We’d be naive to think otherwise. What’s more, the threat has morphed in recent years. While we’ve made progress in eroding al-Qaeda’s capacity to launch attacks from overseas, we’ve seen an increase in plots hatched by “homegrown” terrorists — U.S. citizens or permanent residents inspired by extremist, al-Qaeda-like ideology. Indeed, half of the “homegrown” plots since 9/11 have occurred in the last two years, many of them instigated by the FBI.

There’s yet another danger, not only to our physical security but to our character as a people. It’s a danger that President George W. Bush warned the country about in the days following 9/11: the danger of branding all Muslims as our enemies. Unfortunately, in recent years we’ve seen a revival of the Muslim-bashing that fueled a 1,600-percent increase in hate crimes against Muslims in 2001.

During the last presidential election, Barack Obama, a Christian, was portrayed as a Muslim and even a terrorist sympathizer.

Then, last year, anti-Muslim activists coalesced in opposition to the so-called “ground zero mosque,” a proposal to build an Islamic center two blocks from the site of the former World Trade Center. Exploiting the memory of 9/11, a small cadre of extremists who opposed the project created a national controversy brimming with bigotry and intolerance. They wanted nothing less than to deny American Muslims their rights under our Constitution.

The question some are asking is whether the anniversary of 9/11 will spark another jihadist attack. A more likely possibility? A new round of Muslim-bashing across America from those who want to divide, rather than unite, us — from those who forget there were many Muslims who died on that day and who would equate all Muslims with terrorists.

Their words — their depictions of Islam as a virulent political movement rather than a religion — have consequences.

We saw it in the immediate aftermath of 9/11, when a Sikh man was fatally shot outside a gas station in Mesa, Arizona. His killer mistook him for a Muslim.

We saw it in 2008, when three men burned down a mosque outside Nashville.

And we saw it on July 22, when Anders Behring Breivik slaughtered 77 people, mostly teenagers, in Norway.

Breivik cast himself as a Christian knight dedicated to stemming the tide of Muslim immigration. He wanted to jolt his country into recognizing what he viewed as the threat of multiculturalism in Europe. In a 1,500-page manifesto, Breivik cited the words of Frank Gaffney, Pamela Geller, and other U.S.-based Islamophobes dozens of times, making clear their influence on him.

So as we mark this solemn anniversary, we must remain vigilant against the threat of terrorism by Islamists who preach an anti-Semitic ideology that is antithetical to our democratic values.

At the same time, we must remember that violent jihadists don’t represent Islam any more than the Anders Breiviks of the world represent Christianity. Our democratic values require nothing less.