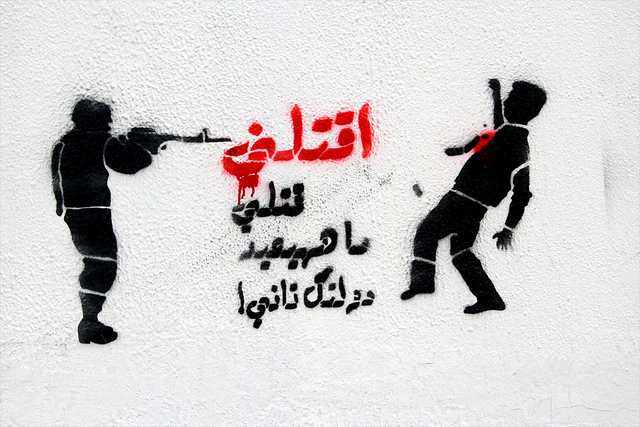 A Familiar Script in Egypt

Anyone who thinks military rule bends toward democracy in Egypt has misread the country's history.
By Sarah Gold | August 7, 2013

The Egyptian coup of 2013, after all, was by no means its first. Military dominance has been a fact of Egyptian political life since at least 1952, when Major Gamal Abdel Nasser led a coup against Egypt’s British-backed monarchy. In comparing these two instances, the number of similarities suggests that there is nothing inevitable about the military relinquishing its hold on the country.

During the early to mid 20th century, the monarch King Farouk was the formal ruler of Egypt. However, most Egyptians understood that Farouk was a puppet of the British, who held true control over the state and its government. British control of the military in particular did not sit well with many officers, nine of whom began to covertly recruit a broad array of officers sympathetic to their idea for a movement of “Free Officers.”

This foreign presence also led to protests spearheaded by the youth and the parliament’s largest opposition party, the Muslim Brotherhood. Drawing on these grievances and others, the Nasser-led Free Officer movement was able to craft a unifying nationalist narrative. When the time was right, they struck, successfully overthrowing King Farouk in July 1952. Egyptians of all stripes gathered in the streets in celebration.

This time around, it was President Mohamed Morsi’s attempts to consolidate power for the Muslim Brotherhood—and take it away from the military—that did not sit right. The widespread youth- and opposition-led anti-Morsi protests that gripped Egypt at the end of June provided the perfect opportunity for the military to step in and forcefully depose the nuisance leader. However, this time that leader was democratically elected, demonstrating the institution’s disregard for democracy when it does not operate in the military’s interests.

But that’s not where the similarities end.

After the Free Officers’ 1952 coup, military officers dissolved parliament and the constitution, appointed an interim head of government, and instructed him to form a cabinet. The Revolutionary Command Council (RCC), mostly made up of the nine original Free Officers and under Nasser’s leadership, proceeded to dictate interim policy to the new civilian cabinet.

Following the formal Free-Officerization of Egypt’s new government, the RCC government launched a campaign to eliminate any threat to its power. This included an increase in the number of Free Officers appointed to ministerial positions, a ban on all political parties, a specific crackdown on the Muslim Brotherhood, and the trial, conviction, and disenfranchisement of many of the previous regime’s public servants on the allegation that they had “abused the public trust to their own advantage.” The junta encountered much popular resistance, but it was acquiring too much power for the opposition to stop it.

Today, something similar has taken place. After the military deposed Morsi, the Supreme Council of the Armed Forces (SCAF)—reprising a role it played after the earlier ouster of Mubarak—suspended the constitution, disbanded parliament, appointed Mubarak-era jurist Adly Mansour as the interim head of government, and instructed him to put together his cabinet. Not only must these new leaders answer to SCAF, but coup leader General Abdel Fattah al-Sisi right off the bat secured a formal position in that cabinet as the first deputy prime minister and minister of defense, entrenching the military more deeply and formally in Egypt’s fluctuating political system.

A spokesperson for Sisi said “that although the general was not running for the presidency, there was nothing to prevent him from so doing if he retired from the military.” This information is alarming, although frankly Sisi has enough power already that he does not need to run for president. It is also worth noting that in his thesis, written in 2006 while studying at U.S. Army War College in Pennsylvania, Sisi stated that establishing caliphate-style leadership “is widely recognized as the goal for any new form of government” in the Middle East—an insight, perhaps, into the general’s abiding distrust of democracy in the region.

While political parties have not been formally banned, the military is engaging in a brutal crackdown on the Muslim Brotherhood—those “abusers of the public trust”—by accusing members of inciting violence, excluding Islamists from the interim cabinet, and shutting down all anti-military, pro-Morsi, and Brotherhood-sympathetic TV channels. Add to this, of course, the horrendous massacres of pro-Morsi demonstrators in the streets.

If there was one force that stood a chance of reducing the military’s power after Egypt’s long years of authoritarian rule, it was the Brotherhood. Underground for decades, the Brotherhood had plenty of time to fume against the military and organize ways of pushing back against it, particularly in a democratic framework. But overtaken by political blunders of its own, it fell short. Though deeply divisive, the military’s actions have been met not with resistance but with overwhelming support from much of Egypt’s population.

But come the day when the military’s interests do not coincide with the people’s, Egyptians will regret that all that power was concentrated in one place. And that goes not only for political power, but also for economic power and military power.

All this is exacerbated by continued U.S. aid to Egypt’s military—aid that it may use as it pleases, as it enjoys full autonomy from any form of oversight—and Washington’s failure to hold the military accountable for what it does with that money. One can only wonder if the civilian government might have fared better if Washington had lived up to its promises to deliver development assistance.

In light of the recent massacres of Muslim Brotherhood members—as well as the U.S. prohibition against providing aid to coup governments, which the Obama administration has conveniently sidestepped—that aid should be suspended. The United States must not finance an increasingly brutal regime, a regime whose actions also create the added danger of possibly radicalizing moderate Islamists. The reinstitution of aid must be contingent on a peaceful transition to a civilian, democratic government; free, fair, inclusive elections; and respect for human rights. Even then, distribution of aid between must be reevaluated: more for economic and political stability, less for the military.

It is important that Egyptians—including members of the Muslim Brotherhood—take action now and during the redrafting of the constitution to check, reduce, and redistribute the military’s power. They must establish some form of civilian oversight over military activities, including its economic enterprises. Otherwise they’ll risk never achieving a legitimate democracy for the people and by the people, not the military.

Sarah Gold is a contributor to Foreign Policy In Focus.