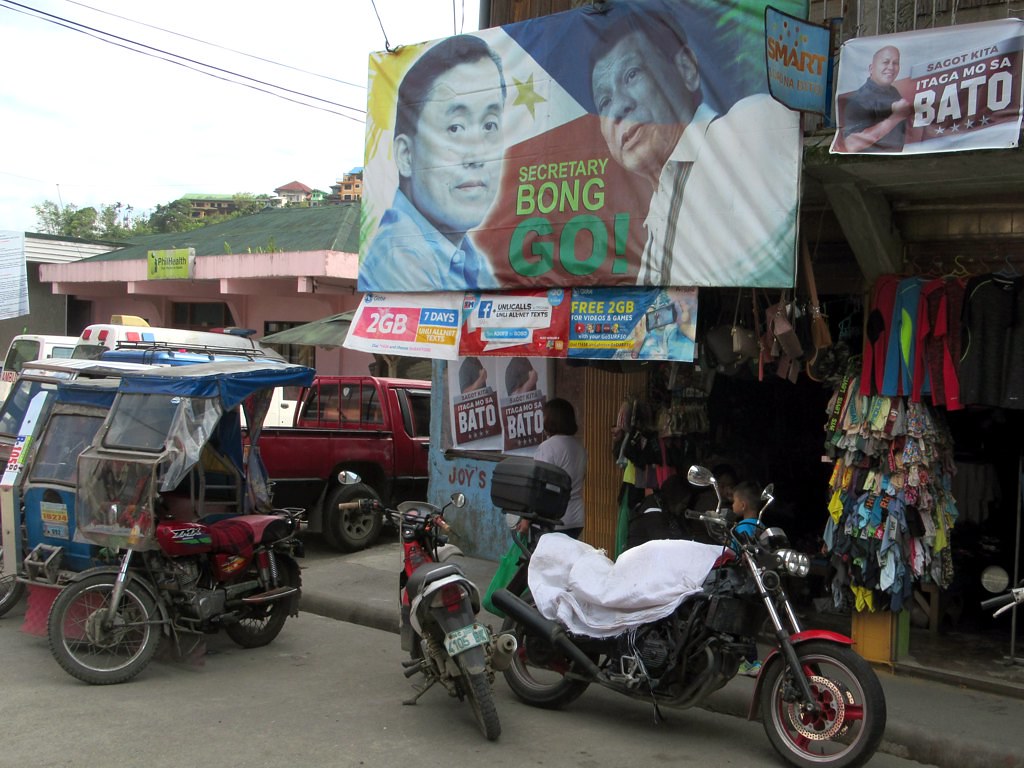 Under Duterte and Chinese President Xi Jinping, the Philippines and China have forged a special relationship that has supplanted the old close bilateral ties between Manila and Washington. (Photo: D-Stalney / Flickr / creative commons)

A Major Diplomatic Defeat for Duterte — And His Allies in Beijing

The Philippine strongman was counting on China to quash a UN resolution to investigate his brutal “war on drugs.” They failed.
By Walden Bello | July 22, 2019

A vote In the United Nations Human Rights Council (UNHRC) instructing its High Commissioner to “prepare a comprehensive written report on the situation of human rights in the Philippines” has triggered an earthquake whose aftershocks continue to rock the Philippines weeks after the event.

The resolution sponsored by Iceland, which passed with 18 votes affirmative and 14 negative, reduced Philippine President Rodrigo Duterte to spouting utter nonsense, with his claim that Iceland filed the resolution because “they have nothing to eat in Iceland but ice.”

Triggered by global concern about the more than 20,000 deaths over three years claimed by Duterte’s “war on drugs,” the vote was the Philippines’ worst diplomatic defeat ever.

But it was not only the Philippines that was placed, kicking and screaming, in the spotlight. The vote also revealed the limits of the diplomatic clout of China, the Philippines’ main backer in the UNHRC and other international fora. Under Duterte and Chinese President Xi Jinping, the Philippines and China have forged a special relationship that has supplanted the old close bilateral ties between Manila and Washington.

The optics, for one, were pretty bad: Iceland, one of the world’s smallest countries, had, in David versus Goliath fashion, drubbed the world’s largest. To governments across the board, the vote showed that Chinese diplomacy was, to use Mao Zedong’s words, a “paper tiger.”

The Duterte administration had invested a lot in China’s diplomatic support. In fact, one of the key elements in the quid pro quo for the Philippine government’s acquiescence in China’s aggressive behavior in the West Philippine Sea, where Beijing has been encroaching on maritime formations and zones belonging to the Philippines, was China’s speaking out against human rights initiatives against Duterte in international fora such as the UNHRC.

The UNHRC vote was the first great test of Duterte’s diplomatic investment in China, and it proved disastrous: China simply could not deliver the votes.

The votes that could have spelled a victory for the Beijing-Manila axis were in the “abstain” column, and one can glean the significance of the Chinese defeat from the fact that had China been able to get four of its close allies who ended up abstaining to shift their votes to the “no” column, Iceland’s resolution would have been defeated.

One of the key abstainers was Brazil. Brazil is a very close ally of China, being one of the pillars of the BRICS (Brazil, Russia, India, China, South Africa) formation that has challenged the international hegemony of the West. What makes the Chinese failure to get Brazil to shift its vote to the “no” column even more curious is that Brazil’s new president, Jair Bolsonaro, has expressed contempt for human rights and glorified dictatorship.

Another key abstainer was Pakistan. Pakistan is, without a doubt, China’s closest ally in Asia. As China’s proxy against India and its main link to the Islamic world, Pakistan has been the recipient of billions of dollars of military aid, economic aid, and infrastructure loans from Beijing over the years. Yet, despite heavy lobbying, China was unable to move Pakistan to vote no.

Africa is one continent where Chinese economic diplomacy has outmaneuvered the West, and in Africa, few countries have received more aid and investment than the chaotic Democratic Republic of the Congo (DRC). Over $9 billion has been invested by China in mining and infrastructure projects. Moreover, its leaders have been accused of committing or tolerating human rights violations, and its current prime minister was a protégé of the notorious dictator Mobutu Sese Seko. The DRC should have been a cakewalk for Beijing, but it wasn’t.

A fourth close Chinese ally who abstained was South Africa. Like Brazil, South Africa is one of China’s partners in the anti-western BRICS and has been showered with Chinese aid and investment over the years. Two-way trade has reached over $60 billion, and Chinese investment in South Africa now comes to $13 billion. A nudge from Beijing should have sufficed to push South Africa to the “no” column.

On the face of it, China could have easily swung the votes of Brazil, Pakistan, the Congo, and South Africa. What caused these countries to resist Chinese pressure and abstain?

It could not have been lack of effort, since China is known for its careful and determined work in promoting its cause and those of its allies on the diplomatic front. One likely explanation is that being officially recorded as having tolerated widespread extra-judicial executions carried out in a genocidal campaign was simply a bridge too far for these governments — one that not even pressure from a close ally like China could convince them to cross.

The vote produced not only losers but winners. Among them was the United Nations, which maintained its reputation as a court of last resort for the victims of human rights abuses despite attacks on it for allegedly “interfering in the internal affairs” of its member countries from the likes of Xi Jinping and Duterte.

Another winner was the Philippine human rights community, which had indefatigably lobbied the UNHRC for action on the Philippines over the last three years.

Yet another winner is the persecuted Philippine Senator Leila de Lima, who has been imprisoned on trumped-up charges by Duterte owing to her denunciations of the president’s extra-judicial executions of drug users and dealers. From her cell, she has become a powerful voice for human rights on the international scene despite the ban on her receiving foreign visitors imposed by the Duterte administration.

After the vote, de Lima underscored the significance of the UNHRC’s action: “The UNHRC Resolution is a welcome step — a jumpstart, indeed — in our people’s search for accountability for the ongoing mass murder and other gross human rights violations in the Philippines under Rodrigo Duterte. If effectively implemented, the UNHRC Resolution can help in decisively shattering the ‘consensus of silence and conspiracy of fear’ among the Filipinos domestically, and in shifting the political narrative abroad.”

If there is any dark cloud marring the victory for human rights, it is likely to be the consequences for de Lima. The vengeful Duterte is likely to blame de Lima for his defeat, and he will make her life more miserable as a result. The unbowed senator, however, has already said several times that she is fighting for a cause greater than her own liberty.

Walden Bello, a former member of the House of Representatives, is the author of the book Counterrevolution: The Global Rise of the Far Right (2019) .