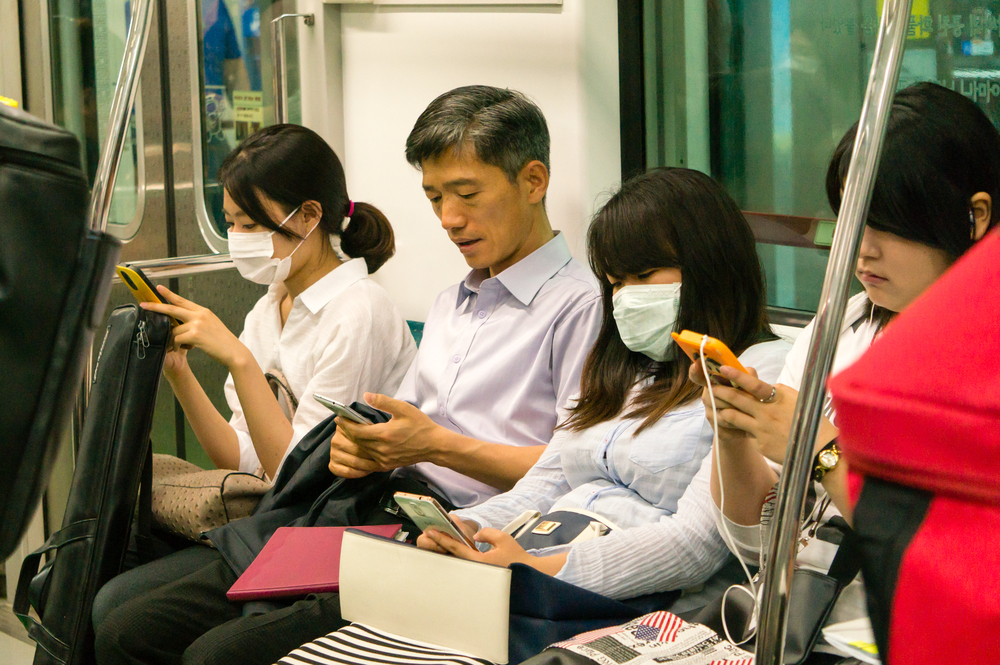 A Progressive Victory over the Coronavirus

South Korea, having beaten back the coronavirus, is now poised to show the world how to move forward to save lives, democracy, and the planet.
By John Feffer | April 22, 2020

The current pandemic has led to the postponement of elections around the world.

Over 75 countries have declared some kind of state of emergency. Several illiberal leaders, like Viktor Orban, have used the crisis to seize virtually unlimited powers. The Chinese model of full-spectrum clampdown has elicited praise across the political spectrum for its apparent effectiveness in combating the virus.

But one country has taken a very different approach.

South Korea held elections last week. Even amid a worldwide pandemic, more South Koreans went to the polls than in any parliamentary election since 1992. They weren’t turning out in protest. Rather, they gave the ruling party — and the president, Moon Jae-in — the largest parliamentary majority of any party since the country became a democracy.

The surge in support for the left-of-center ruling party has been because of the coronavirus, not despite it. The government’s handling of the crisis has received top marks both domestically and internationally.

Moon Jae-in has not been content to promote a return to the status quo that existed prior to the outbreak. He campaigned on a platform of transformation, one that has not been fully appreciated outside of Korea.

The South Korean example, because it holds many lessons for progressives around the world, offers a vivid refutation of the notion that the world, after the pandemic subsides, will necessarily shift further to the right.

In late February, South Korea had the most coronavirus cases outside of China.

A cult-like church was responsible for a large outbreak in the southern city of Daegu, and the hospitals there were being overwhelmed. The government was scrambling to contain the crisis. A petition to impeach the president for his failure to address the pandemic garnered 1.4 million signatures. The country was getting bad press, like Suki Kim’s hack job in The New Yorker.

This week, less than two months later, the number of new cases of the coronavirus has dropped to a mere dozen or so a day. South Korea has had a little over 10,000 cases but only 236 deaths, for a mortality rate of a little over 2 percent. There have been more deaths in Springfield, Massachusetts (246) than in all of South Korea. That’s a metro area of about 700,000 people, compared to a country of about 50 million.

The United States and South Korea both registered their first coronavirus infections at the same time.

South Korea has achieved this success without closing down the economy. It shuttered schools and museums, and churches have held services online. But many restaurants and even movie theaters remained open. The unquarantined continued to travel with few restrictions around the country.

This ability to avoid full lockdown has relied on a robust and widespread system of testing, contact tracing, and quarantining. South Korea was one of the first countries in the world to manufacture kits in large enough quantities to test a significant portion of the population. It has gathered information on the movement of infected persons via cell phone data, credit card records, and closed-circuit television, and it shared some of that information publicly. It requisitioned the membership list of the cult-like religion in Daegu to shut down that infected cluster.

This system required some loss of privacy, which many Koreans seemed willing to give up. Oh Jeong Hyeon is a scholar at the Wilson Center. “In my opinion, COVID-19 is spreading quickly, and the disclosure of patient information is indispensable. The information not only lets people avoid the area of the outbreak, but also encourages people who were there to be examined quickly,” he told journalist Jean Lee, also at the Wilson Center. “That’s why the government needs patients’ information, and to me this is worth sacrificing privacy.”

The technological sophistication of the population — with an Internet penetration rate of 96 percent and mobile Internet usage of 90 percent — has enabled citizens to jump into the fight against the coronavirus. Programmers came up with interactive maps that provide information about where new infections have emerged. One popular app warns you if you come within 100 meters of the last tracked location of an infected person.

It’s not just coders that have gotten in on the effort. Musicians in the Seoul Philharmonic have put on virtual concerts to help get people through these difficult times. Violinist Won Hyung-Joon has gone even further by visiting hospitals and playing directly for coronavirus patients.

South Korea, contrary to popular belief, is not a high-trust society. People do not march in lock-step out of fealty to Confucianism or some collective ideology. But they do have a stronger sense of the common good than, say, teenagers partying in Florida or right-wing demonstrators in various states fed up with stay-at-home restrictions. South Koreans maintained physical distancing, complied with testing and quarantine protocols, and worked together despite some profound political, economic, and social divisions in the country.

At the international level, Moon Jae-in has reached out to help North Korea weather the pandemic. He has given advice to the Trump administration. After a tiff with Tokyo early on around travel restrictions, he directed his foreign minister to meet by video call with counterparts from Japan and China to discuss coronavirus cooperation.

When Maryland Governor Larry Hogan needed testing kits recently, he gave up on the Trump administration. The Republican governor pragmatically turned to South Korea and, courtesy of his Korean-speaking wife, negotiated a deal for 5,000 kits capable of administering 500,000 tests.

Early on, the U.S. news media was astonished by the statistics that showed Korea testing as many people per day as the United States was testing in 14 days. Even more astonishing is that, this late in the game, the governor of a state right next to Washington, DC has to get test kits from 7,000 miles away.

During the election campaign, Moon Jae-in emphasized that it was no time for complacency with the economic status quo during the coronavirus crisis. Rather, it was an “opportunity for South Korea to restructure its economy — capitalizing on industries like AI and biopharma,” observes Minseon Ku, a scholar at Ohio State University. Moon said prior to the election that South Korea “can be the country that overcomes the crisis the fastest through solidarity and cooperation.”

What that means in practice is pushing forward with an agenda that had been largely blocked by the opposition in parliament. Now, halfway through his five-year tenure as president, Moon no longer has to worry about that opposition. Writes Doug Bandow in The National Interest about last week’s election, “The right had its worst legislative result since 1960. A former prime minister and parliamentary floor leader were ousted from the National Assembly. Party leaders are likely to take responsibility by resigning, leading to further disarray in the once‐​powerful right.”

The bottom line is that Moon’s party has a parliamentary super-majority that can push through its economic agenda. That means addressing rising income inequality, though probably more through job creation than wage increases. It also means finally reducing the power of the big corporations, or chaebols, which have been at the center of economic corruption for decades.

But the challenge for South Korea is two-fold. The economy is export-driven, and global trade is taking a big hit during this crisis. Also, despite some grand words about the dangers of climate change, the Korean economy remains carbon-intensive. The capital, Seoul, has a reputation for having the largest carbon footprint of any city in the world.

So, tweaking the Korean economy isn’t going to work. It needs a quantum leap into a fundamentally different economic system.

Last month, his Democratic Party pledged to implement a Green New Deal that will make South Korea carbon-neutral by 2050, the first country in Asia to make such a pledge. Writes Chloé Farand in Climate Change News: “The plan includes large-scale investments in renewable energy, the introduction of a carbon tax, the phase out of domestic and overseas coal financing by public institutions, and the creation of a Regional Energy Transition Centre to support workers transition to green jobs.”

The coronavirus crisis has given this political opportunity to Moon. You know what they say: a crisis equals danger plus opportunity.

Actually, let’s walk back that statement…

It is often said that, in Chinese, the character for crisis translates into danger plus opportunity. The reality is a bit more complex. Rather than opportunity, explains Sinologist Victor Mair, the second element of the crisis character really translates into either “incipient moment” or “resourcefulness” or “machine.”

“Any would-be guru who advocates opportunism in the face of crisis should be run out of town on a rail, for his/her advice will only compound the danger of the crisis,” Mair adds.

The Korean words for “crisis” (wi gi) and “opportunity” (gi hwae) derive from the same Chinese characters. The current coronavirus crisis thus presents not an obvious danger plus an opportunity to be seized. Rather, following Mair’s analysis of the critical phoneme gi, it is a time of danger and a moment for technological resourcefulness. In other words, digging into the word “resourcefulness,” it’s a time to use scientific know-how to put available resources to more efficient or ingenious use.

I can’t think of a better definition of the Green New Deal. That’s what this double crisis of pandemic and climate change demands: using science to make better use of existing resources. South Korea, having beaten back the coronavirus and demonstrated that democracy can flourish even in an emergency, is now poised to show the world how to move forward to save lives and the planet.