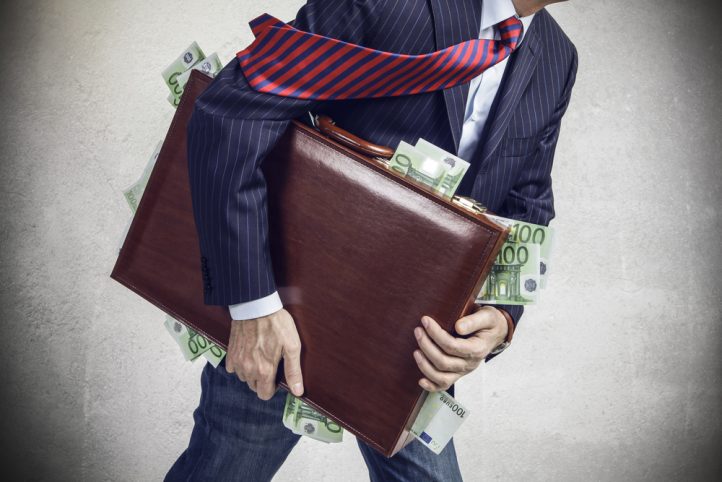 Top accounting firms are increasingly under scrutiny for being too cozy with their clients and acting as “enablers” of financial misconduct.

A recent ground-breaking judgment issued on April 17 by the British High Court against “Big Four” accounting firm EY (formerly Ernst & Young) bolsters such criticism. EY was found liable for covering up evidence of money laundering and forcing out a whistleblower. It was ordered to pay approximately $11 million in damages.

In stark language, Justice Timothy Kerr made damning findings against EY’s senior management, including one of EY’s top in-house lawyers. In a meticulous 133-page judgment, he said members of EY’s global leadership had “twisted the truth,” were not “reliable or candid” and were “uninterested in questions of professional ethics.” The judge dismissed EY’s perverse argument that the auditing firm was under no legal duty to act ethically.

The case against EY was brought by Amjad Rihan, a former EY partner in Dubai, who exposed evidence of money laundering by gold refiner Kaloti Jewellery International. Rihan was removed from an audit on the quality and propriety of Kaloti’s business practices when he sought to report the evidence to authorities. The audit uncovered that Kaloti was importing gold bars coated in silver from Morocco to avoid export restrictions. It also found that Kaloti had engaged in billions of dollars’ worth of cash transactions, as well as transactions without proper due diligence with “high-risk” countries such as the Democratic Republic of Congo, Sudan, and Iran.

The audit findings were buried by EY global managers, who were concerned their exposure would harm EY’s business. The cover-up was coordinated with the Dubai Metals and Commodities Centre, Dubai’s regulator of precious metals. When Rihan refused to go along with the cover-up, EY’s senior management forced him out of the firm.

Justice Kerr found that the cover-up and efforts to silence Rihan were orchestrated by key figures in EY’s upper echelon of management who sought to “persuade the claimant that he had better stop his protests if he knew what was good for him” and “to intimidate the claimant and threaten … damage to his career if he persisted.”

The judgment has important implications for business and human rights. Not only does this case vindicate a whistleblower at a global accounting firm, it also supports the growing trend that companies cannot hide behind complex organizational structures to avoid legal liability.

The judge relied on the UK Supreme Court’s landmark Vedanta decision, which found that a parent company based in the UK can be liable for harm caused by its subsidiary operating abroad. He concluded that EY Global and other senior entities within the EY group should be held responsible, not just local offices. Considering the facts of how EY’s management dealt with the troublesome audit, and its centralized authority, the judge declined to permit EY to hide behind its corporate or partnership structure.

Justice Kerr recognized an “audit duty,” finding that EY was obliged to provide Rihan with “an ethically safe work environment, free from professional misconduct… in a professional setting.” EY had breached that duty, by engaging in unprofessional and unethical conduct to “sweep under the rug the findings suggestive of involvement of money laundering.”

EY says it plans to appeal the decision.

This case exposes not just the auditing firms, but also the regulatory schemes that rely on them. For example, the Responsible Sourcing program promoted by the London Bullion Market Association, the pre-eminent international trade association for gold and other precious metals, is dependent on auditing firms truthfully reporting on measures taken by refiners to combat money laundering, terrorist financing, or human rights abuses.

If the firms, like EY, cannot be trusted to comply with basic professional standards, then clearly such regulatory schemes cannot be relied on. It also raises serious questions about the ethical claims made in the gold and jewelry sector.

Without professional enablers, corruption, money laundering, and the financing of human rights abuses would be much more difficult. Justice Kerr’s judgment exposes the deliberate cover-up of such practices by a global accounting firm. It is further evidence of the need to break up the “Big Four” and to revise regulatory schemes that rely on such audits.

Surely it’s time for the “enablers” to face meaningful public oversight and accountability.

Michael Elliot is a Legal and Policy Researcher at RAID, a UK-based corporate watchdog group.