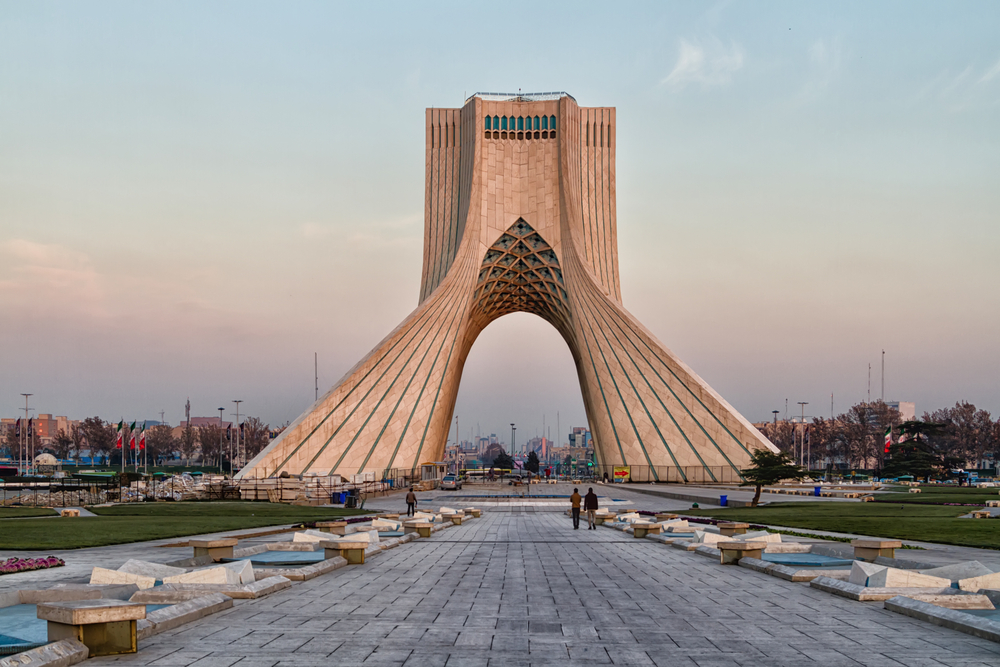 A Vital Primer on the Push for War in Iran

Americans — including those in the White House — know little about Iran and its history with the United States. A new book wants to change that.
By Conn Hallinan | November 30, 2018

Want another thing to keep you up at night?

Commenting on National Security Advisor John Bolton’s defense of the invasion of Iraq, Freeman says “The neoconservative group think their good ideas were poorly implemented in Iraq,” and that the lesson of the 2003 invasion that killed upwards of 500,000 people and destabilized an entire region is, “If at first you don’t succeed, do the same thing again somewhere else.”

That “somewhere else” is Iran, and Bolton is one of the leading voices calling for confronting the Teheran regime and squeezing Iran through draconian sanctions “until the pips squeak.” Since sanctions are unlikely to have much effect — they didn’t work on North Korea, have had little effect on Russia, and failed to produce regime change in Cuba — the next logical step, Erlich suggests, is a military attack on Iran.

Such an attack would be a leap into darkness, since most Americans — and their government in particular — are virtually clueless about the country we seem bound to go to war with.

Throwing a little light on that darkness is a major reason Erlich wrote the book. For over 18 years he has reported on Iran, talking with important government figures and everyday people and writing articles on the country that increasingly looks to be our next little war.

Except it will be anything but “little.”

History matters when it comes to life and death decisions like war, but unfortunately, one of the mainstream media’s glaring deficiencies is its lack of interest in the subject. If newspapers like the New York Times had bothered to read Rudyard Kipling on Afghanistan or T.E. Lawrence on the British occupation of Iraq, the editors might have had second thoughts about supporting the Bush administration’s invasions of those countries.

Of course, this wasn’t just the result of wearing historical blinders. As Erlich points out, the mainstream media almost always follows in the wake of American foreign policy, more cheerleader than watchdog.

But if that media learned anything from the disasters in Central Asia and the Middle East, it is not apparent when it comes to its reporting on Iran. Most Americans think that country is run by mad mullahs who hate the U.S. and is — in the words of President Donald Trump —  a “terrorist nation.” Americans don’t hold that image of Iran by accident, but because that is the way the country is represented in the media.

The fact that the U.S. government (along with some help from the British) overthrew Iran’s democratically elected government in 1953, and backed Saddam Hussein’s attack on Iran in 1980 that resulted in over a million casualties, has vanished down the memory hole.

One of the book’s strong points is its careful unraveling of U.S.-Iranian relations, setting the record straight on things like the development of Iran’s nuclear infrastructure. While the Shah was in power, Washington pushed nuclear power plants on Iran, including nuclear fuel enrichment technology, even though the Americans were aware that it could lead to weapons development. Indeed, that’s exactly how India produced its first nuclear weapon back in 1974.

Erlich also analyzes everything from class structure to Iran’s complex ethnicities and explains how the Islamic Republic functions politically and economically. While he’s a long-time critic of U.S. foreign policy, Erlich is no admirer of Iran’s political institutions. Iran is far more democratic than the absolute monarchies of the Persian Gulf — with which the Washington is closely allied — but it’s hardly a democracy.

“Iran is ruled by a reactionary, dictatorial clique that oppresses its own people,” he writes. “However, that does not make Iran a threat to Americans.” What Tehran does threaten “are the interests of the political, military, and corporate elite who run the United States.” On a number of occasions Iran has made peace overtures to the U.S., all of which have been rejected.

Iran is a country with a very long history, and its people have a strong sense of nationalism, even if much of the population isn’t overly fond of Iran’s top-down political system and clerical interference in everyday life. The idea that the Iranian people will rise up and overthrow their government because of sanctions or in the event of a military attack on the government is, according to Erlich, pure illusion.

The Iran Agenda Today covers a lot of ground without bogging down in an overly detailed accounts of several millennia of history. It certainly provides enough historical context to conclude that an attack on Iran — which would likely also involve Saudi Arabia, the United Arab Emirates, and possibly Israel — would unleash regional chaos with international repercussions.

Such a war would be mainly an air war — not even the Trump administration is crazy enough to contemplate a ground invasion of a vast country filled with 80 million people — and would certainly inflict enormous damage.

But to what end?

Iran will never surrender, and its people would rally to the defense of their country. Tehran is also perfectly capable of striking back using unconventional means. Oil prices would spike, and countries that continue to do business with Iran — China, Russia, Turkey, and India for starters — would see their growth rates take a hit. No European country would support such a war.

Of course, creating chaos is what the Trump administration excels at, and in the short run Iran would suffer a grievous wound. But Tehran would weather the blow and Americans would be in yet another forever war, this time with a far more formidable foe than Pashtun tribes in Afghanistan or jihadists in Iraq.

Bolton, Israeli Prime Minister Benjamin Netanyahu, and Saudi Crown Prince Mohammed bin Salman may get their war, but war is a deeply uncertain business. As Prussian Field Marshal Helmuth von Moltke, one of the founders of modern warfare, once noted, “No plan survives contact with the enemy.”

Erlich, a Peabody Award winner and the author of five books, has written a timely analysis of U.S. foreign policy vis-à-vis Iran and why, if our country continues on its current path, we — and the world — are headed into a long, dark tunnel.