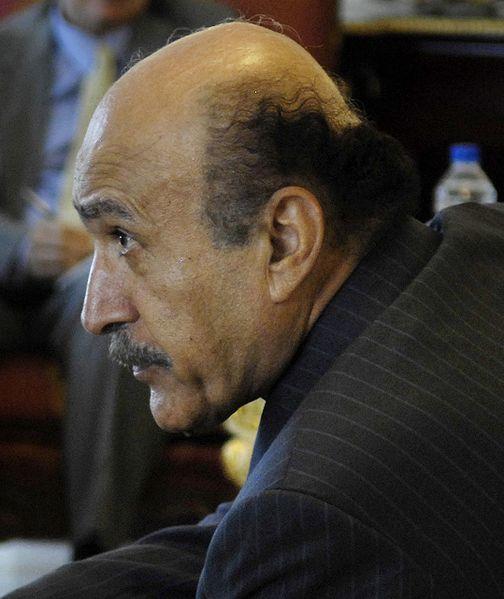 Are we seeing a revolution in the Middle East or just a rebranding of military dictatorships?
By Francis Njubi Nesbitt | February 24, 2011 The events in Tunisia and Egypt make it clear that change is coming to the Arab world. But is this change we can believe in?

Unfortunately, it is increasingly evident that, although the demonstrators have won some concessions, authoritarianism remains in place.

What we are witnessing is an explosion of an emotional volcano pent up for over 50 years. Educated and middle class Arabs are sick and tired of impunity and corruption. They want the freedoms that they see spreading around the world. They want the freedoms that spread around Eastern Europe, Latin America, and some parts of Africa during the “second independence” of the 1990s.

Pundits and the English-speaking media have declared that we are witnessing a “revolution.” A revolution, however, requires a change in ideology, a powerful and charismatic leader, and a political movement. So far, however, there is no ideology, no transformative agenda, and no leader.

Protesters did successfully depose Zine Ben Ali and Hosni Mubarak. But they are only a symptom of the problem. They were both representatives of the military. They came to power in military coups and ruled with the support of the military. Furthermore, the militaries were beholden to the United States. Egypt receives more military aid than the other 52 counties in Africa combined. Mubarak’s chosen successor, Omar Suleiman, was the torturer-in-chief for the Bush administration.

Is this a revolution or the rebranding of military dictatorships?

Experts have compared the current rebellion in the Arab world to what happened in Eastern Europe in 1989 when the Soviet Union collapsed. One major difference, however, is that the regimes under pressure in the Middle East are allies of the United States. The Soviet-era dictatorships in Eastern Europe were not.

This revolt in North Africa actually resembles the democratization process that ushered in a “second independence” for some African countries in the 1990s. The first independence movement got rid of colonialism; the second ousted military dictators. In 1991 alone, over 30 African countries were rocked by pro-democracy revolts. Millions turned out for peaceful pro-democracy demonstrations. Military dictatorships fell like dominos. Between 1985 and 1989 only five countries held competitive elections – Botswana, Gambia, Mauritius, Senegal, and Zimbabwe. From 1990-1994, more than 38 countries held truly competitive elections of which 29 openly challenged dictators.

People danced in the streets. The international community celebrated this demonstration of nonviolent people power. Euphoria and hyperbole reigned. “We won’t go back!” “Free at last!”

Some countries successfully transitioned from brutal dictatorships to multiparty democracies. South Africa’s transition from apartheid to democracy epitomizes the democratization process. In other cases, however, the results were less impressive. Some movements took a decade to bear fruit. Others, such as Somalia, for instance, descended into chaos after the United States abandoned its erstwhile friend Siad Barre.

Like the current rebellion in the Arab world, the African revolt came during a period of marked change in the global balance of power. The collapse of the Soviet Union delegitimized single-party states and the use of cold war rhetoric as an excuse for supporting despots.

The current climate is very similar to that of immediate post-cold war period. The election of Obama signaled a post-“war on terror” era. It also heralded the emergence of an international consensus in favor of promoting democratic principles that coincided with and affirmed powerful pro-democracy movements.

In other words, the assumption that this is a homegrown “revolution” without global implications and influences is dead wrong.

The rebellions are clearly feeding on a new global consensus that it is unacceptable to fire upon peaceful demonstrators The recent defections by Libyan diplomats and officials would have been unimaginable only a month ago. So is the widespread panic among erstwhile “stable” Arab dictatorships.

To the Arab world, the election of Barack Obama delegitimized the “war on terror” and the despots who exploited the Bush administration’s irrational fears of Islamist expansion. Obama’s choice of Cairo to give his landmark speech of reconciliation with the Arab world raised the stakes immeasurably. For the first time since the Cold War the U.S. president addressed the Arab people instead of its leaders. He told them that he was on their side, the side of freedom, not the side of the dictators. In 2011, the people of Cairo, the site of his landmark speech, decided to test his resolve.

To his credit, Obama took less than a week to call for democracy in Egypt. In comparison, it took three years for Reagan to drop Ferdinand Marcos of the Philippines and over three months for Clinton to distance himself from the Suharto regime in Indonesia. It is impossible to imagine such unequivocal support for nonviolent social change in the Arab world during the war-mongering Bush-Cheney era. The demonstrations would have been inevitably anti-Bush and thus interpreted as anti-American with predictable consequences.

There are three reasons why what we are witnessing in North Africa and the Middle East is not revolutionary. It is a middle-class revolt of doctors, lawyers, and other professionals. There are no transformative demands. And the military is still in charge.

The use of social media in Egypt, and the rest of the Middle East, is limited to those with means. The majority does not have access to computers and does not use social media. The World Bank estimates, for instance, that fewer than 13 million people in Egypt have access to the Internet in a population of over 80 million. Most Egyptians live in the rural areas, have low levels of education, and are more likely to subscribe to extremist Islamist ideas on the role of women and Islamic law. These are not the people we see demonstrating in the cities. They do not share the ideals of the demonstrators and will not benefit from the superficial reforms.

The overarching demand is that the dictators of the last 30 years leave office. Revolutions, however, are not about individuals: they are about systems and institutions. As we have seen, the militaries remain the dominant political institutions in the region. Even in the best-case scenario, such as the quasi-democratic regime in Turkey, the military continues to call the shots.

Pragmatism dictates a cautious and nuanced approach. The Obama administration has done a good job of balancing the interests of the United States and the genuine demands for democratization in North Africa and the so-called Middle East.

For decades, U.S. security interests have clashed with its supposed commitment to democracy. Support for despots such as Ben Ali and Mubarak was justified on national security grounds. This dualism has undermined U.S. credibility for decades.

The Obama administration should take note of the lack of anti-American sentiment in the demonstrations and reciprocate by supporting the pro-democracy forces. The rhetorical support of the last few weeks should be followed by concrete partnerships in building democratic institutions. The leverage provided by U.S. aid to institutions such as the militaries across the Arab world should be used to promote democratization.

The dream of Arab democracy has been deferred for many years. Will it, in this new era, “dry up/Like a raisin in the sun,” as poet Langston Hughes wrote in 1951. “Maybe it just sags/Like a heavy load./Or does it explode?”