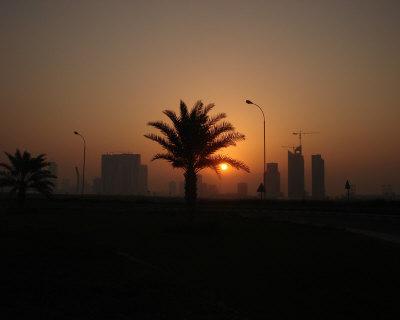 Obama can stem the decline of U.S. influence in the Middle East, but only if he gives the people of the region a reason to want it.
By Adil E. Shamoo | November 8, 2012 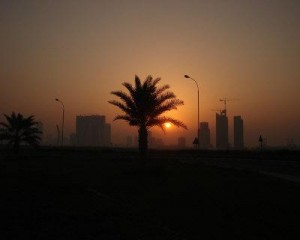 In his first term, President Barack Obama’s vision for the Middle East failed to materialize. Because he failed to deliver on his promise to redefine America’s relationship with the Islamic world, he alienated Arabs and Muslims. Because he proved unable or unwilling to press the case for peace in Israel-Palestine against a right-wing Israeli prime minister, he alienated Israelis and pro-Israel Americans alike. The only bright spot for America is that the troops have left Iraq—though this is as much despite Obama’s efforts as because of them.

If Obama wants to make a lasting mark during his second term, he must ensure that U.S. policy in the Middle East is no longer dictated by energy sources, friendly dictators, and Israel.

The Palestinian-Israeli conflict represents the core of Arab and Muslim anger toward the United States, which many Middle Easterners perceive to be indifferent towards the plight of Arab Palestinians. The Palestinians have been starved, imprisoned, tortured, and slaughtered by the thousands, without hope for any resolution of their conditions. Israel’s propaganda campaign to paint the Palestinians as terrorists has largely failed in the court of global opinion—except in the United States. But even Israeli and American pundits known for their strong support of Israel now agree that periods of relative peace between the antagonists have passed without any move by Israel toward a peaceful settlement. Despite its lip service to the contrary, the current Israeli government has no interest in a two-state solution and is embarked on project to settle ever more Palestinian land.

Even General David Petraeus, when he was still Commander of CENTCOM, warned that the conflict was adversely affecting U.S. interests in the Middle East. In the aftermath of the Arab Spring, ignoring Palestinian misery cannot continue without serious repercussions for the United States. Without a peace agreement between the Palestinians and Israelis, the Middle East will remain a hotbed of conflict, war, and anti-American sentiment. But while no settlement should diminish the U.S. commitment to Israel’s survival, Obama’s approach to resolving the conflict should not be dictated by Israel. Working for peace is not mutually exclusive with ensuring Israel’s security—indeed, the contrary may well be true.

A New Commitment to Democracy

In the broader Middle East, Obama needs to summon the conviction expressed in his 2009 Cairo speech. Obama must set the course for a policy that is non-interventionist, transparent, and cooperative—and one that respects the region’s Islamist leanings and each country’s right to determine its own future.

Each country in the region requires a policy unique to its own circumstances. Egypt, Turkey, and Iran remain the most vital countries in the region—the U.S. relationship with each of these will determine much about the shape of the new Middle East.

The Obama administration should develop an economic assistance program to Egypt worthy of a long and healthy relationship. The United States can assist Egypt in agriculture, science, technology, medicine, and, yes, building democracy. The United States should stay out of Egyptian electoral politics, but it can provide technical assistance for the electoral process and lobby against laws that target minorities. The Obama administration should also offer assistance in building up Egypt’s industrial infrastructure.

The Egyptian-Israeli peace treaty was signed by a corrupt dictator under duress from both the United States and Israel. Yet the treaty could survive and gain new relevance if it is signed by a legitimate representative of the Egyptian people, effectively making it a new partnership of equals.

Obama’s engagement with Iran in the last four years has not yet born fruit. But now that Obama has won a second term, it may be possible to reach a new accommodation. The spoiler in this conflict is Israel’s influence on U.S. policy toward Iran. Iranian President Mahmoud Ahmadinejad’s bellicose and anti-Semitic rhetoric doesn’t help, but Israel’s hypocritical policy toward nuclear weapons in the region is astounding. What is even more astounding is that Israel’s contorted logic is accepted in the halls of Congress. Nevertheless, with a divisive election behind him, the time is ripe for Obama to pursue meaningful bilateral negotiations with the Iranians.

The U.S.-Israeli standoff with Iran has also hampered the U.S. relationship with Turkey, a rising regional power often touted as a highly successful model for Islamic democracy (although Turkey’s repression of its large Kurdish minority casts a long shadow over this reputation). Although Turkey is a longstanding U.S. ally and NATO member, its leadership is increasingly reluctant to take U.S. cues on regional politics—especially since its falling out with Israel over the Mavi Marmara massacre in 2009. If the Obama administration wishes to rekindle its partnership with Turkey, it must allow the Turks more flexibility to conduct their own regional diplomacy.

Finally, the United States should continue to resist the impulse to escalate Syria’s civil war and instead lend its assistance to brokering a diplomatic solution—a process that must include all of the relevant regional actors, including Iran. This effort would include fighting back against the Saudi-led effort to stoke sectarian violence throughout the region, a dangerous campaign about which the Obama administration has so far said nothing.

The stakes in Middle East are too high and too dangerous to be left to the old paradigm. During the next decade, the United States must move definitively away from its old policy of backing despots and petro-monarchs. A new U.S. policy in the Middle should instead emphasize mutual interests and respect. It should put corrupt client states on notice that the U.S. umbrella won’t cover them forever.

Obama can stem the decline of U.S. influence in the Middle East, but only if he gives the people of the region a reason to want it.

Adil E. ShamooAdil E. Shamoo is an associate fellow of the Institute for Policy Studies, a senior analyst for Foreign Policy in Focus, and the author of Equal Worth – When Humanity Will Have Peace. His blog is www.forwarorpeace.com. He can be reached at ashamoo@som.umaryland.edu.