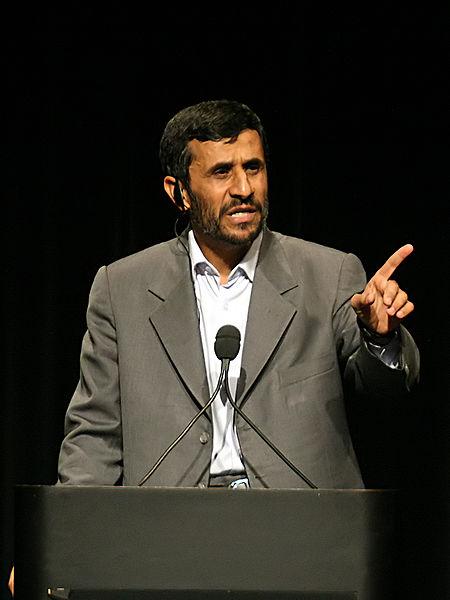 Although sabotage may prove successful in slowing Iranian nuclear progress in the short term, it actually stands as a barrier to a long-term resolution.
By Rob Grace | October 22, 2010 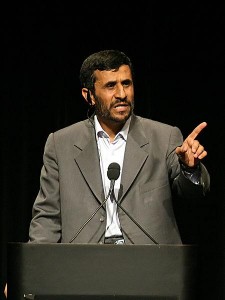 For years, the United States and Israel have engaged in a covert effort to destabilize Iran’s government and sabotage its nuclear program. But these operations frequently escape mention in public discussions. By ignoring the covert effort, the current debate about the relative wisdom of diplomacy, sanctions, and preventive military action addresses an incomplete picture. To understand the challenges and potential of U.S.-Iranian relations, the covert program must be factored into the equation.

Although sabotage may prove successful in slowing Iranian nuclear progress in the short term, it actually stands as a barrier to a long-term resolution.

U.S. covert action in Iran has played a historically destructive role in U.S.-Iranian relations. In 1953, when the United States was planning to overthrow Iran’s Prime Minister Mohammad Mossadegh, CIA agent Roger Goiran warned that the endeavor would harm long-term U.S. interests and lead Iran to view the United States as a supporter of “Anglo-French colonialism.” The CIA fired Goiran for his opposition and went forward with its plan, but his prediction came true. The Islamic Revolution of 1979 brought to power a leader who dubbed America “the great Satan” and established a government legally founded on “the rejection of all forms of domination” and “non-alignment with respect to the hegemonist superpowers,” to quote Article 152 of Iran’s constitution.

During the Iran hostage crisis, Iran only agreed to free the 52 trapped Americans after the United States pledged non-intervention in Iranian affairs. As stated in the 1981 Algiers Accords, “it is and from now on will be the policy of the United States not to intervene, directly or indirectly, politically or militarily, in Iran’s internal affairs.” However, the United States has not lived up this commitment. In 1995, American news media revealed an $18 million covert effort by the CIA to destabilize Iran, confirming Iranian suspicions of “the great Satan.” Iran’s Foreign Minister wrote to the UN Security Council, calling the U.S. policy “nothing but a flagrant support of state terrorism,” and one member of Iran’s parliament called the United States “a renegade government whose logic was no different from Genghis Khan or Hitler.”

Covert efforts were also a factor in the breakdown of negotiations in 2005 between Iran and the E3/EU, a group composed of representatives from Germany, France, the United Kingdom, and the European Union’s Common Foreign and Security Policy. Only one year earlier, relations with Iran seemed promising. Iran had joined the E3/EU in signing the Paris Accord, in which Iran pledged that it would “not seek to acquire nuclear weapons,” voluntarily implement the IAEA’s Additional Protocol, and voluntarily halt all uranium enrichment activities. The accord’s signatories pledged to negotiate an agreement that would encompass not just nuclear and economic cooperation but also “firm commitments on security issues.”

Iran’s desired security commitments, as the House of Commons’ report on the negotiations indicates, included a UN Security Council-backed commitment to prevent “any direct or indirect attack or sabotage or threat against Iranian nuclear facilities.”

U.S. actions in the mid-2000s gave credence to Iran’s concern. The United States was collaborating with MEK, a group devoted to overthrowing Iran’s government, in cross-border raids to gather intelligence about Iran’s nuclear program; supporting Jundullah, a Pakistani tribal terrorist group that has struck Iranian targets; and had established a “covert infrastructure” within Iran to reach out to Iranian dissidents. And in 2005, the U.S. Congress authorized $3 million to fund “the advancement of democracy and human rights” in Iran, a move the Iranian UN ambassador called a “clear violation of the Algiers accords.”

Ultimately, the E3/EU did not accept Iran’s security proposal and instead offered only to reaffirm existing security guarantees. Iran thus concluded that the E3/EU “did not have the intention or the ability” to make “firm commitments on security issues,” let alone progress on nuclear and economic cooperation, and Iran announced it would once again begin enriching uranium.

As the UN Security Council began passing sanctions against Iran, news reports indicate that covert efforts escalated. In 2007, CBS News reported on “covert efforts by U.S. and other allied intelligence agencies to actively sabotage [Iran’s] nuclear program.” When Iranian nuclear scientist Ardeshire Hassanpour died under mysterious circumstances that same year, sources told The Times that Mossad, the Israeli secret service, had assassinated him. In 2008, President Bush signed a “nonlethal presidential finding” that, according to ABC News, initiated a CIA plan involving “a coordinated campaign of propaganda, disinformation and manipulation of Iran’s currency and international financial transactions.” In early 2009, The New York Times reported that President Bush had “stepped up intelligence-sharing” with Israel and had authorized a covert program “aimed at the entire industrial infrastructure that supports the Iranian nuclear program.”

The Bush administration handed off this program to President Obama. In the first month of Obama’s presidency, the Telegraph reported that Israel was “using hitmen, sabotage, front companies and double agents to disrupt the regime’s illicit weapons project.” Reuters reported that Israel “planned to target Iranian nuclear scientists with letter bombs and poisoned packages,” possibly as part of “a psychological warfare campaign.” And when Iran suffered a cyber attack from the Stuxnet computer virus, The New York Times reported on possible U.S. involvement, noting that Bush’s covert program “has been accelerated since President Obama took office.”

The sabotage effort has seemingly been successful in delaying Iranian progress on uranium enrichment. But sabotage also disrupts diplomatic progress.

The Obama administration has presented Iran with a “stark choice” – accede to Western demands and join the “community of nations” or “face even more pressure and isolation.” Iran scoffs at both options.

As for “pressure and isolation,” Ahmadinejad has stated he doesn’t believe the United States or Israel will actually undertake preventive military action. This belief is most likely correct, as the Obama administration has successfully convinced Israel that the Iranian nuclear threat is not imminent. Ahmadinejad has also said that sanctions are “of no concern to us” and “have, in fact, encouraged us to be firmer in the pursuit of our economic goals.” This claim is under debate, even within Iran. Former Iranian president Akbar Hashemi Rafsanjani, for example, has urged Iranian officials to take the sanctions seriously. But the sanctions do seem to have benefited Ahmadinejad by giving “an excuse to the Iranian government to suppress the opposition,” according to Iranian reformist Mehdi Karroubi.

As for joining the “community of nations,” Iran does not perceive a community it wishes to join. Instead, it sees an “inhumane” and “discriminatory management of the world” in which “the very same goals of colonialists and the slave masters” are “pursued with a new façade,” and thus the global system “requires a major overhaul,” as Ahmadinejad stated in his recent UN address. For this reason, Iran strives for UN Security Council reform and global nuclear disarmament under the slogan, “nuclear energy for everyone, nuclear arms for no one.”

… I think if you take them at their word, “trust, but verify,” Reagan’s old line… then put in place a set of sanctions that would be devastating to them if they violate that agreement, and then put in place an IAEA inspection regime… you might be able to live with an Iran that has a nuclear power capability…

Covert activities risk undermining this possibility. The United States needs to show Iran that a genuine settlement is possible. If Iran fears that U.S. covert intervention will continue, Iran is unlikely to sign on to an agreement of the sort Powell described. Like in 1953, by pursuing the sabotage option, the United States is sacrificing its long-term interests for short-term gains.

Rob GraceRob Grace, a contributor to Foreign Policy In Focus, blogs for the Foreign Policy Association. He is also an award-winning playwright whose work has been produced around the world.