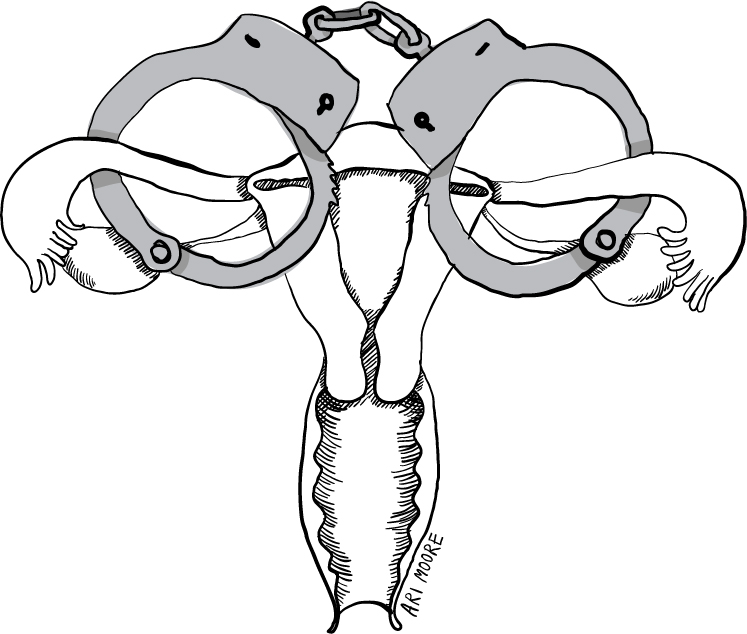 Abortion Rights Are Under Attack All Over the Globe

Even women who live in countries where abortion is legal often face obstacles to obtaining safe abortions — thanks, in part, to the United States.
By Nathalie Baptiste | October 2, 2015

All over the world, pro-choice activists held a day of action on September 28 to promote women’s right to reproductive health. They’re facing a difficult global climate.

Every year 47,000 women die from unsafe abortions — most of them in the 66 countries that ban the procedure outright or the 59 others who limit its application to a strict set of medical circumstances. That’s according to the most recent available data from the Center for Reproductive Rights.

Whether it’s a total ban or laws that make it virtually impossible to obtain an abortion — like in certain states in the U.S. — abortion rights are under attack in every part of the globe.

El Salvador frequently makes international headlines for its ban, which is one of the harshest in the world.

How grim is it? In the small country of 6 million, suicide is far and away the leading cause of death for pregnant women and girls between the ages of 10 and 19 — in fact, it accounts for 57 percent of all deaths in that group. Women suspected of having an abortion, even those who miscarry, can be thrown in jail.

The Irish government makes exceptions when the life of the mother is at risk, but even then access to abortion is difficult to ensure. Just a few years ago, the issue came to a head when 31-year old Savita Halappanavar, who was suffering a miscarriage, died from blood poisoning after being denied an abortion. And while the Irish public agrees that rape victims should be able to terminate unwanted pregnancies, the government is still debating whether the victim should have to “prove” she’s been raped.

In Haiti, another Catholic country, abortion is likewise illegal. But thanks to an unregulated pharmaceutical industry, many women buy misoprostol, or miso — a pill that induces abortion after a few doses — to terminate their pregnancies.

The pill can be easily purchased, but without a medical professional to counsel patients on how and when to take it, complications can arise. “Because they don’t know how to use it properly, they suffer from hemorrhaging, infection, and just other complications,” Miami Herald reporter Jacqueline Charles told NPR in 2013. “And often it leads to death because they are so afraid to turn to help because abortion is illegal.”

Though the procedure is banned in much of Catholic Latin America and the Philippines, it’s not just Catholic countries that prohibit legal abortions. The practice is similarly restricted in conservative Muslim countries like Afghanistan, Indonesia, and Yemen; Buddhist-majority countries like Sri Lanka, Myanmar, and Thailand; and many other Christian or animist-leaning states, such as Uganda, South Sudan, and Papua New Guinea.

Even women who live in countries where abortion is legal often face obstacles to obtaining safe abortions — thanks, in part, to the United States.

In 1973, the U.S. Supreme Court ruled in Roe v. Wade that abortion was a constitutionally protected right. But anti-choice lawmakers have sought to erode abortion access ever since, particularly with two federal amendments passed shortly after the ruling.

Domestically, the Hyde amendment has been routinely attached to all manners of federal appropriations bills since 1976. It prohibits federal funds from being used to finance most abortions, which limits access to federal workers insured through the government, as well as to poorer people who rely on Medicaid and other federal health programs for care.

Internationally, the Helms amendment to the 1973 Foreign Assistance Act prohibits the use of U.S. foreign aid to “pay for the performance of abortion as a method of family planning,” or even to provide standard counseling services that could be construed to “motivate or coerce any person to practice abortion” — a provision which, in practice, limits support for a range of family planning services.

The amendment, which essentially exports anti-choice policies from the United States, has dangerous repercussions in the developing world.

The ban’s exceptions for rape and incest are seldom implemented. “The administration has continued to treat the Helms amendment as though it were a total ban,” says Aram Schvey of the Center for Reproductive Rights, “and maintained a de facto blanket prohibition on the use of foreign assistance to support safe abortion services.”

The Helms amendment impacts the health of women all over the globe. “Some of the most vulnerable women overseas,” Schvey points out — “including, for instance, those who have been raped in situations of armed conflict, or who face a life-threatening pregnancy — are less likely to be able to access care as a result of this U.S. policy, undermining our foreign-policy goals of promoting gender equality and global health.”

Naturally, foreign assistance funds support programs in some of the poorest countries in the world — though even in the developing countries, wealthy women are much more likely to have access to safe abortions. The Helms amendment “primarily affects disenfranchised and vulnerable poor women in those poor countries,” says Schvey.

“The inability of women to access safe abortion services is responsible for tens of thousands of deaths each year, and many more injuries,” Schvey adds. “In contrast, safe abortion is extremely safe — and carries a much lower risk of injury than childbirth.”

In the United States, meanwhile — where abortion is technically legal — anti-choice lawmakers in state legislatures have been wielding their power to make abortion access as difficult as possible.

State legislators have gotten creative with abortion laws by introducing waiting periods, mandatory counseling, and requiring abortion clinics to follow unnecessarily strict rules. Most states now have some form of restrictions along these lines. As of 2013, 56 percent of women between the ages of 15 and 44 lived in states that have four or more abortion restrictions.

The problem has exploded anew at the federal level ever since the misnamed Center for Medical Progress released heavily edited “sting” videos of Planned Parenthood employees talking about fetal tissue donations. The group suggested that the women’s health provider was trafficking fetal organs from terminated pregnancies for profit.

Though every independent investigation has cleared the organization of any wrongdoing, Republicans sank their teeth even deeper into their anti-women rhetoric. They’ve begun calling for the defunding of Planned Parenthood — even though, per the Hyde amendment, the group’s federal funding already can’t be used to provide abortion services — and threatened a government shutdown unless Congress votes to strip millions of women of their access to contraception, breast cancer screenings, pap smears, HIV tests, and other health services.

Whether it happens here or abroad, denying a woman the right to choose what’s best for her own body is a human rights violation — and it’s not only happening in poor or religiously conservative countries with anti-choice policies. Abortion shouldn’t just be decriminalized. It should be completely accessible and safe.