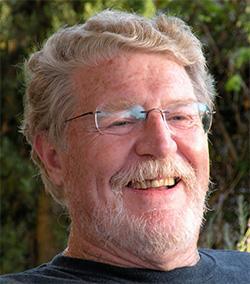 Afghanistan: Is It Really the End Game?

There is no reason to continue the bloodshed in Afghanistan, which all the parties recognize will not alter the final outcome a whit.
By Conn Hallinan | May 28, 2013

Gunmen in Pakistan on Monday set ablaze five trucks carrying NATO equipment out of Afghanistan as the international military alliance winds down it combat mission there, officials said.

There is nothing that better sums up the utter failure of America’s longest war than international forces getting ambushed as they try to get the hell out of the county. And yet the April 1 debacle in Baluchistan was in many ways a metaphor for a looming crisis that NATO and the United States seem totally unprepared for: with the clock ticking down on removing most combat troops by 2014, there are no official negotiations going on, nor does there seem to be any strategy for how to bring them about.

“I still cannot understand how we, the international community and the Afghan government have managed to arrive at a situation in which everything is coming together in 2014—elections, new president, economic transition, military transition—and negotiations for the peace process have not really started,” as Bernard Bajolet, the former French ambassador to Kabul and current head of France’s foreign intelligence service, told the New York Times.

When the Obama administration sent an additional 30,000 troops into Afghanistan in 2009 as part of the “surge,” the goal was to secure the country’s southern provinces, suppress opium cultivation, and force the Taliban to give up on the war. Not only did the surge fail to impress the Taliban and its allies, it never stabilized the southern provinces of Helmand and Kandahar. Both are once again under the sway of the insurgency, and opium production has soared. What the surge did manage was to spread the insurgency into formerly secure areas in the north and west.

With the exception of the current U.S. commander in Afghanistan, virtually everyone has concluded that the war has been a disaster for all involved.

Afghanistan has lost more than 2 million people to the wars of the past 30 years. Huge sections of the population have been turned into refugees, and the country is becoming what one international law enforcement official described to the New York Times as “the world’s first true narco state.” According to the World Bank, 36 percent of Afghans are at or below the poverty line, and 20 percent of Afghan children never reach the age of five.

The war has cost American taxpayers over $1.4 trillion, and according to a recent study, the final butcher bill for Iraq and Afghanistan together will top $6 trillion. The decade-long conflict has put enormous strains on the NATO alliance, destabilized and alienated nuclear-armed Pakistan, and helped to spread al-Qaeda-like organizations throughout the Middle East and Africa.

Only U.S. Gen. Joseph “Fighting Joe” Dunford, head of the International Security Assistance Force (ISAF) thinks the war on the Taliban is being won, and that the Afghan Army is “steadily gaining in confidence, competence, and commitment.” Attacks by the Taliban are up 47 percent over last year, and the casualty rate for Afghan soldiers and police has increased 40 percent. The yearly desertion rate of the Afghan Army is between 27 percent and 30 percent.

In theory, ISAF combat troops will exit Afghanistan in 2014 and turn the war over to the Afghan Army and police, organizations that have yet to show they can take on the insurgency. One of the Army’s crack units was recently overrun in eastern Afghanistan. Given the fragility of the Afghan government and its army, one would think that the White House would be putting on a full court press to get talks going, but instead it is following a strategy that has demonstrably failed in the past.

The tactic of “shooting and talking,” central to the surge, has produced lots of casualties but virtually zero dialogue—hardly a surprise. That approach has never worked in Afghanistan.

Part of the problem is that the call for talks is so heavily laden with caveats and restrictions—among them that the Taliban must accept the 2004 constitution and renounce violence and “terrorism”—that it derails any possibility of real negotiations.

However, Taliban leaders argue that the 2004 constitution was imposed from the outside, and they want a role in re-writing it. And they denounced international terrorism five years ago.

As Anatol Lieven—a King’s College London professor, senior researcher at the New American Foundation, and probably the best informed English-language writer on Afghanistan—points out, Americans consistently paint themselves into a corner by demonizing their opponents.

That, in turn, leads to “a belief that any enemy of the United States must inevitably be evil. Not only does this tendency make pragmatic compromises with opponents much more difficult (and much more embarrassing should they eventually be reached), but, consciously or unconsciously it allows the US government and media to blind the US public, and often themselves, to the evils of America’s own allies.”

For instance, the United States will not talk with the Haqqani group, a Taliban ally, even though it is the most effective military force confronting the NATO occupation. The same goes for Iran, even though Teheran played a key role in organizing the 2003 Bonn conference that led to the formation of the current Kabul government.

Iran also has legitimate interests in the current war. Because opium and heroin are not a major problem in the United States, Washington can afford to turn a blind eye to the Afghan government’s alliance with drug dealing warlords. Heroin addiction, however, constitutes a national health crisis in Iran and Russia.

It is not exactly clear what will happen in 2014. While American combat units are supposed to be withdrawn, in accordance with a treaty between NATO and the government of President Harmid Karzai, several thousand U.S. Special Forces, military trainers, CIA personnel, and aircraft will remain on nine bases until 2024. That agreement was the supposed reason for the massive suicide bomb May 16 in Kabul that killed 6 Americans and 16 Afghans. Hezb-i-Islami, an insurgent group based around Kabul and the eastern part of the country, took credit for the attack.

That attack underlines how difficult it will be to forge some kind of agreement.

Hezb-i-Islami pulled off the bombing, but the party’s political wing is a major player in the Karzai government, with its members holding down the posts of education minister and advisor to the president. Hezb-i-Islami leader Gulbuddin Hekmatyar is also a rival of Taliban leader Mullah Omar, and the bombing could just as well have been a maneuver to make sure Hezb-i-Islami has a seat at the table if talks start up. Hekmatyar has offered to negotiate with NATO in the past.

The Taliban itself is divided into several factions, partly because the Americans’ systematic assassinations of high- and mid-level Taliban leaders have decentralized the organization. The Taliban is increasingly an alliance of local groups that may have very different politics.

The Haqqanis have a strong presence in Pakistan, which requires that the organization maintain cordial relations with Pakistan’s Army and intelligence services. They scratch each other’s backs. So any understanding to end the war will have to be acceptable to the Haqqanis and Islamabad. No agreement is possible without the participation of both.

Instead of recognizing the reality of the situation, however, the Obama administration continues to ignore the powerful Haqqanis, sideline Iran, and to alienate the average Pakistani though its drone war.

As complex as the situation looks, a solution is possible, but only if the White House changes course. First, the “shoot and talk” nonsense must end immediately, General Dunford’s hallucinations not withstanding. If the United States couldn’t smother the insurgency during the surge, how can it do so now with fewer troops? All the shooting will do is get a lot more people killed—most of them Afghan soldiers, police, and civilians caught in the crossfire—and sabotage any potential talks.

According to Lieven, Taliban leaders are far more realistic about the current situation than is the White House. Last July, Lieven and a group of academics met “leading figures close to the Taliban” during a trip to the Persian Gulf. He says there was “a widespread recognition within the Taliban that while they can maintain a struggle in the south and east of Afghanistan indefinitely,” they could never conquer the whole country. Further, “in their own estimate,” they have the support of about 30 percent of population. A recent Asia Foundation poll came to a similar conclusion.

While the Taliban refuses to negotiate with the Karzai government, Lieven says its representatives told the delegation, “there can be no return to the ‘pure’ government of mullahs,” and “most strikingly, they said that the Taliban might be prepared to agree to the US bases remaining until 2024.” The latter compromise will not make the Iranians, Chinese, or Russians very happy—not to mention Hezb-i-Islami—but it reflects a deep-seated philosophy in Afghan politics: figure out a way to cut a deal.

The Taliban’s rejection of talks with the Kabul government means that going ahead with next year’s presidential election is probably a bad idea. An all-Afghan constitutional convention would be a better idea, with elections postponed until after a new constitution is in place.

There are numerous issues that could sink a final agreement because there are many players with multiple agendas. Regardless, those agendas will have to be addressed, even if not quite to everyone’s satisfaction. And everyone has to sit at the table, since those who are excluded have the power to torpedo the entire endeavor. This means all the combatants, as well as Iran, India, China, Russia, Turkmenistan, Uzbekistan, and Tajikistan.

And the White House needs to get off its butt. Afghan President Karzai, just returned from an arms buying spree in India, asked New Delhi to increase its presence in Afghanistan. This will hardly be popular with Pakistan and China, and Islamabad can make serious mischief if it wants to.

The ambush in Pakistan brings to mind Karl Marx’s famous dictum about history: it happens first as tragedy, then as farce.

The first time this happened was during Britain’s first Anglo-Afghan War (1839-42), when Afghans overran an East India Company army retreating from Kabul. Out of 4,500 soldiers and 12,000 civilians, a single assistant surgeon made it back to Jalalabad.

The most recent ambush certainly had an element of farce about it. Four masked gunmen on two motorbikes forced the trucks to stop, sprinkled them with gasoline, and set the vehicles ablaze. One driver received a minor injury.

There is no need for a chaos-engulfed finale to the Afghan War. There is no reason to continue the bloodshed, which all the parties recognize will not alter the final outcome a whit. It is time for the White House to step up and do the right thing and end one of the bloodiest wars in recent history.