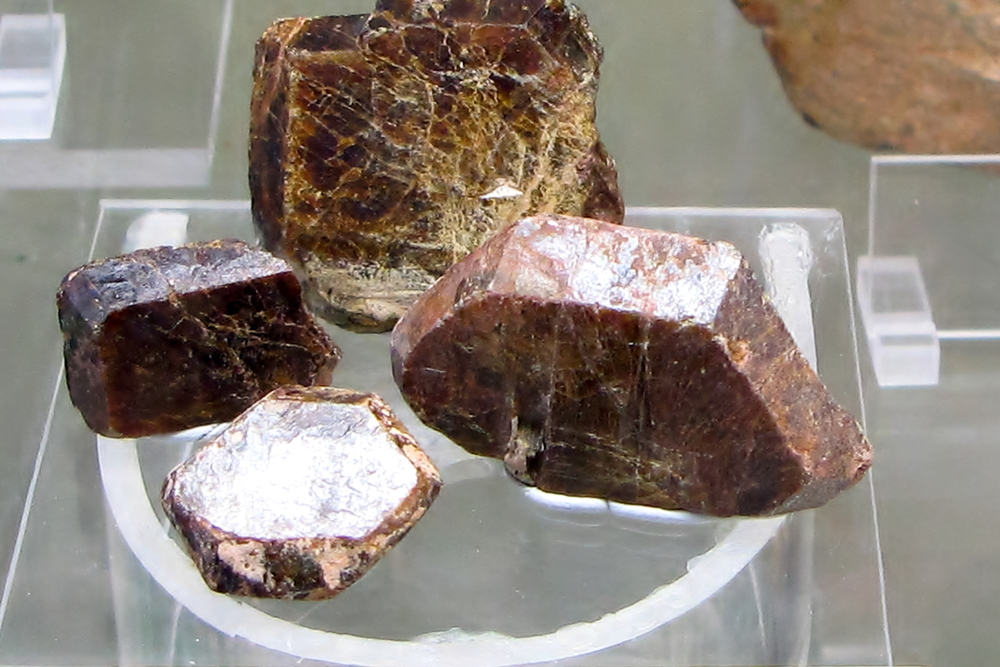 Can Afghanistan's mineral wealth finance a transition to a carbon-neutral future?
By John Feffer | April 21, 2021

Everyone has a different Doomsday scenario for Afghanistan once U.S. and NATO troops withdraw by September 11.

The Taliban will take over and reimpose their repressive social agenda. Al-Qaeda will multiply rapidly and again become a global threat. Rival warlords will split apart the country. Another wave of Afghan refugees will overwhelm Europe.

And then there’s the scenario in which China basically takes over the country, or at least the most sought-after parts of the country: the resources that lie beneath Afghan soil.

“Afghanistan is one of the richest mining regions in the world, holding untapped mineral wealth and rare Earth elements estimated at roughly $3 trillion,” writes Chris Dolan in The Hill. “Competition with China over mineral wealth is intensifying and Afghanistan presents China with a new opportunity to expand its mining and transportation projects in the Belt and Road initiative.”

So far, the China “threat,” like all the others, is hypothetical since Beijing has been hesitant to invest a lot into the war-torn country. In 2007, China contracted to build a large copper mine at Mes Aynak but has done so little to set up operations there that the Afghan government is considering retendering the contract to another investor. The Chinese have their own complaints about the Mes Aynak arrangement particularly around security and renegotiating some of the terms of the contract. Other than the stalled copper mine and some oil exploration, Chinese investments in the country have been minimal compared to what Beijing is pouring into neighboring Pakistan.

Whether to block China, thwart al-Qaeda, or muscle through a power-sharing deal with the Taliban, the United States has no plans to abandon Afghanistan completely. The Biden administration is looking to move U.S. bases there to another country, perhaps in Central Asia. In the meantime, Washington will maintain its air war from aircraft carriers or from more distant points in the Middle East, and it will continue to train and provide financial support for the Afghan army.

As for ensuring that Afghanistan rises from the bottom of the world’s social and economic indices—currently it’s the least peaceful, one of the most corrupt, and one of the worst-off countries in terms of human development— the United States appears to be washing its hands of any responsibility.

So much for the Pottery Barn rule. From Washington’s perspective, Afghanistan was broken long before the 2001 invasion.

Indeed, in his remarks last week on “the way forward in Afghanistan,” President Biden had very little to say about Afghanistan itself, aside from its military and the various threats the country poses to the United States. He said virtually nothing about the Afghan economy, Afghan society, or the Afghan people. At most, the United States appears to be bracing for the worst-case scenario and preparing to minimize the impact on U.S. national interests.

A Different Future for Afghanistan

When Seth Warren Rose looks at Afghanistan, he doesn’t see red, he sees green: the green of money, yes, but more importantly the green of environmental sustainability.

“I grew up with Vietnam being considered a war not a country,” he told me. “Afghanistan is the same. Americans think of Afghanistan only as a war. But there are 30 million-plus people living there.”

Rose’s outfit, the Eneref Institute, is gathering support from Afghan politicians for a bold initiative to make Afghanistan carbon-neutral. “If you look at the carbon footprint of Afghanistan, it’s minimal,” Rose continued. “They haven’t really industrialized. Obviously they’ll let the world in once they establish a peace. But why don’t they establish a mechanism, as long as they’re selling their resources, to do so in a way that’s non-toxic, energy-efficient, and net-carbon zero?”

As Rose explained to me, Eneref’s proposal is to keep Afghanistan’s oil in the ground but to develop methods of extracting other valuable underground resources in an environmentally more sustainable manner. In this way, the country could “use its mineral wealth to leapfrog industrialization.” This Lead the Leap campaign has lined up a number of prominent Afghans as advisors and secured the support of the Afghan Senate.

Extracting Afghanistan’s mineral wealth in a carbon-neutral fashion is easier said than done. Extractive industries are notoriously dirty, responsible for 80 percent of the planet’s biodiversity loss and half the world’s carbon emissions (and that’s just in the extraction process!) Workers die in large numbers in the mining sector, whether immediately in accidents or through exposure to dangerous substances over the long term. Communities around mines have to deal with often-horrifying pollution in their air, land, and water. And wherever mines extract valuable substances, conflict is sure to follow (see, for example, “blood diamonds”).

Nor is it so easy to leapfrog over the extraction industry into a clean energy future. Many Green technologies, such as solar panels, are dependent on an array of minerals like copper and zinc, while wind turbines and electric vehicles require inputs like cobalt, lithium, and rare earth elements.

Eneref’s bid to green Afghanistan’s mining sector is part of a much larger effort to make the entire production chain of the extraction industry sustainable. The World Bank, for instance, has launched a Climate Smart Mining initiative that focuses on using renewable energy in mining operations, preventing deforestation and promoting sustainable land-use strategies, and reusing minerals to minimize waste.

The mining industry is also responsible for its share of “greenwashing,” making only cosmetic changes before proceeding with business as usual. Civil society organizations, shareholders, and committed politicians can put pressure on companies to adhere to international regulations and corporate codes of conduct. But particularly in poor countries like Afghanistan, which are desperate enough for revenue in the short term to overlook longer-term environmental consequences, mining companies are more willing to cut corners when it comes to carbon emissions.

But there’s another option.

Afghanistan has little leverage over mining operations beyond the $3 trillion of natural resources beneath its soil. That wealth is useless, however, if Afghanistan can’t get it out of the ground. Perhaps the Chinese reluctance to invest more into copper extraction is a godsend. China, after all, pays little attention to sustainability in its extraction operations overseas.

Many countries, like Congo and Venezuela, are in the same position as Afghanistan. If they rebuff China or any other potential investor, the latter can turn to more amenable investment opportunities elsewhere.

Unless, of course, all mineral-rich countries form a new cartel.

Let’s call this cartel OMEC, the Organization of Mineral-Exporting Countries. This mineral-version of OPEC could impose its own carbon-reducing restrictions on the extraction industry.

“No one country has the wherewithal, the power, the influence, to demand that Russia, China, and the United States follow carbon-neutral rules,” Rose concluded. “So, let’s gather a third of the world to create a union.”

Remember: OPEC wasn’t just a mechanism to extract more money from the petroleum-desperate. It was originally designed to restrict oil production. As Lester Brown recounts in Building a Sustainable Society, the founder of OPEC, Venezuelan Minister of Mines and Hydrocarbons Juan Pablo Perez Alfonso believed that “his mission in life was to stop the waste of valuable energy resources. When describing his early vision of OPEC, he said, ‘Most people see OPEC as a way to raise oil prices, but I see it as a way to lower the use of energy.’ Shortly before he died in late 1979, he referred to OPEC as the ‘leading ecology group in the world.’”

OMEC could similarly perform a valuable ecological function by regulating the extraction of minerals to keep the price high, reduce waste, and help turn countries like Afghanistan into the mineral equivalent of a Gulf State. Of course, to avoid the “resource curse,”OMEC members would have to submit to serious anti-corruption programs, devote profits to communal advancement rather than individual wealth, and set aside a portion of proceeds to future contingencies (like Norway’s Oil Fund).

But most of all, OMEC members must leverage their relatively small carbon footprints into economic advantage. I’ve written elsewhere about how a country like North Korea, which lags far behind South Korea on virtually every economic and social indicator, could parlay its single advantage of a smaller carbon footprint into a clean energy future that would lead the Korean peninsula and the region. Like Afghanistan, North Korea has significant mineral resources that could finance such a transformation.

For decades, countries like North Korea and Afghanistan were promised material advancement—leading perhaps someday to membership in the club of richest nations called the Organization of Economic Cooperation and Development—if they just followed the conventional path of industrialization. The poorest of the poor haven’t made much progress in the last couple decades, and that industrial model has proven disastrous on a number of levels. Perhaps it’s finally time for them to band together according to an entirely different model of economic cooperation and development.