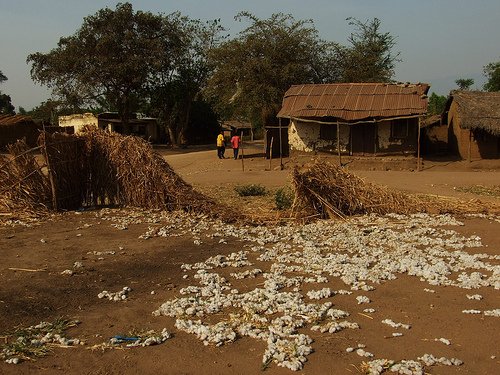 Africa and the Economic Crisis

While the world focuses on Afghanistan, Africa is addressing the global economic crisis in new ways.
By John Feffer, Emira Woods | December 7, 2009 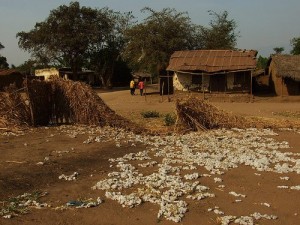 As the world turns its attention to Afghanistan and President Obama sends additional troops to that volatile region, pivotal events happening in Africa are falling further below the radar. The global economic crisis has brought negative impacts to the continent, such as a dramatic fall in commodity prices, from cotton to iron ore. There has also been a steep decline in remittances, as Africans in the diaspora lose their jobs and homes. And meanwhile, international development funds have cut back on the amount of money they are disbursing. Nevertheless, the financial crisis and economic recession create an opportunity to challenge flawed existing models and assert new strategies for Africa’s economic progress.

This was the message of a multi-stakeholder forum convened in Tunis at the end of November that brought together leading economists, government officials, and civil society representatives.

Decades of World Bank prescriptions have reduced the size and role of the state, in Africa and around the world. The current crisis, however, has dictated a more central role for African governments in regulating their economies, preventing capital flight, and creative taxation, so that Africa’s resources benefit her people. Africa’s focus must be on creating decent jobs by supporting small- and medium-sized enterprises that add productive value to Africa’s vast natural resources. For too long, Africa’s raw materials have been shipped elsewhere, leaving others to profit from higher-value manufacturing. Africa in the 21st century must reverse this trend.

“The crisis is an opportunity for transformative change, not just a threat to manage,” progressive economist Charles Abugre asserted at the meeting. “At the heart of that change agenda should be to address the continent’s crisis of production and productivity and slow pace of industrialization. This is a precondition to eradicate poverty and minimize social conflicts and inequality.”

As co-director of Foreign Policy in Focus at the Institute for Policy Studies, I emphasized the disproportionate impact of the crises on women and workers, while also drawing attention to opportunities being created by the climate crisis. I was pleased to be able to share information on new sources of financing like the financial transaction tax recently introduced in the U.S. Congress. This tax is an innovative way to raise revenue for job creation in a new global green economy.

The forum was the first high-profile event of the newly formed Coalition for Dialogue on Africa (CoDA), chaired by Botswana’s former President, Festus Mogae. CoDA is a rare common platform bringing together the African Development Bank (AfDB), the African Union Commission (AUC), and the UN Economic Commission for Africa (ECA) in a pivotal dialogue with African civil society leaders. CoDA successfully shifts power away from the World Bank-dominated Global Coalition for Africa (GCA) and the European-dominated Big Table (Africa – OECD), which were policy forums established in the 1990s to promote dialogue on Africa’s development. CoDA is driven by African institutions and carves out greater space for civil society to set the agenda. At the forum, Professor Fantu Cheru of the Nordic Africa Institute urged support for “knowledge production on the continent.” The establishment of CoDA is a big step in that direction.

Another key development this week — the launch of a new Institute in Timbuktu, Mali — provides a timely reminder that knowledge production is not a new phenomenon in Africa. Timbuktu, often thought of as a remote place, was in fact Africa’s ancient center for learning. Reclaiming this legacy, Timbuktu now is home to the Ahmed Baba Institute, built to honor, protect, and celebrate Africa’s ancient manuscripts while also resurrecting Africa’s legacy as an intellectual powerhouse.

In the 15th and 16th centuries, Timbuktu was the preeminent center for learning and intellectual life. The University of Sankoré, one of three universities in Timbuktu, was once one of the best centers of learning in the world. Centuries before Harvard and Yale, the Sankoré had facilities to accommodate 25,000 students and boasted one of the largest libraries in the world, with between 400,000 to 700,000 manuscripts. Students from all over the world came to learn about science, mathematics, geography, religion, philosophy, and more. At one time, books were the most valuable commodity in the city with numerous libraries throughout the community and private book collections in homes of local scholars.

With the onset of colonialism, the Sankoré and many other African institutions were decimated. Western universities and mainstream media further denigrated Africa’s knowledge centers. Today, much of the genius of Sankoré is in disarray. However, over the last few years, leading families of Timbuktu, civil society leaders, and Malian scholars have been working with the Malian government to resurrect and reclaim the powerful legacy of Timbuktu. These efforts culminated in the opening of the state-of-the-art library at the Ahmed Baba Institute, with its over 100,000 handwritten manuscripts dating back as far as the 12th century.

Capturing traditional knowledge (from Timbuktu and elsewhere on the continent) and generating new ideas (via new institutions that bring a common Africa platform) will position Africa well in this 21st century. We must, as the Tunis Forum convener Abdoulaye Bathily, Senegalese academic and former minister of environment, urges “redefine Africa’s development paradigm, and above all, support the emergence of new practices and citizen actions in Africa’s public space.” Far from the media spotlight, these new practices are taking root in Africa.