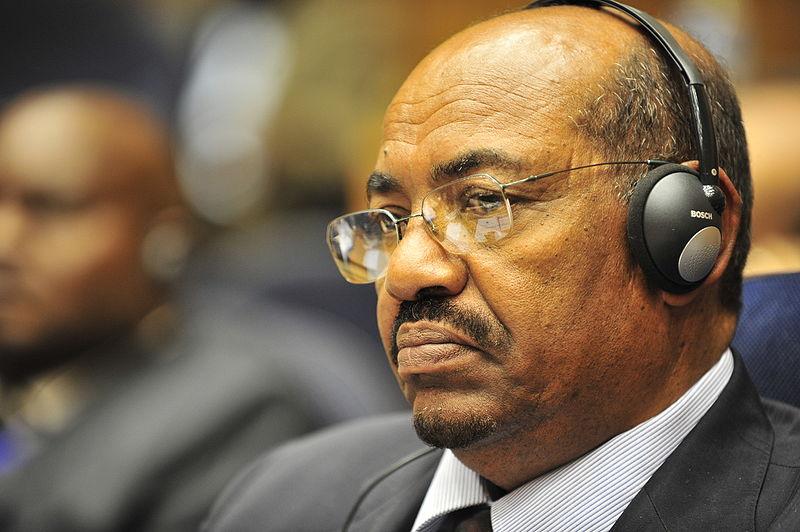 Allergic to Dissent: Khartoum and Washington

To effectively advocate for the people of Sudan, we must first understand that Bashir's open disdain for democracy in the region is amply matched by Washington's.
By Steve Fake, Kevin Funk | May 17, 2010 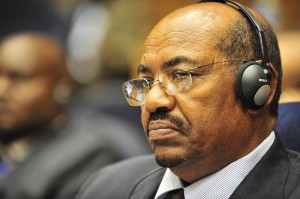 After five days of voting, the withdrawal en masse of virtually all the opposition presidential candidates and countless accusations of ballot tampering, voter intimidation, and worse, Sudan’s elections drama has drawn to an unsurprising conclusion.

Indicted war criminal Omar al-Bashir has maintained his ironclad grip on the presidency with 68 percent of the national vote, and the ruling Sudan People’s Liberation Movement (SPLM) held on to the reins of power in the south after obtaining 93 percent of the vote in that region. Sudan, post-elections, appears strikingly similar to its teetering-on-the-edge pre-election incarnation.

Although the staging of elections in and of itself might provide an opening for democratic change, immediate concerns in Sudan have returned to the prosaic. Bashir looks set to continue thumbing his nose at the International Criminal Court for the foreseeable future. Southerners appear unwilling to do or say anything to endanger the January 2011 referendum on independence for the south. And stillborn diplomatic efforts and low-intensity conflict keep plodding along in the western region of Darfur, with no apparent end in sight.

For their part, outside powers appear largely content to play along, with U.S. officialdom in particular generating a steady stream of sanguine commentary about the elections and in general the Sudanese state’s future prospects to survive its various crises. Glib comments, such as U.S. Special Envoy Scott Gration’s eyebrow-raising assertion that Sudan’s elections would be “as free and fair as possible,” raise an important and oft-obscured question: What is Washington actually looking to accomplish in Africa’s largest nation?

In the eyes of the Save Darfur Coalition (SDC) and the other liberal establishment voices that dominate Western discourse on Sudan, Washington has a deeply felt, long-term interest in Sudan’s democratization. To this end the Obama administration, like the Bush team before it, is said to be engaged in a horn-locking, mano-à-mano diplomatic struggle with the evil Khartoum genocidaires, as it seeks to “save” Darfuris and other Sudanese from the Bashir regime’s evil clutches.

In this storyline, NGOs will criticize U.S. policymakers for at times failing to put Sudan high enough on its list of priorities (a common complaint during the Bush administration though the SDC praised its “good work” in handling the Darfur crisis), or for appeasing the evildoers (a charge often leveled against Gration now). Yet no one questions whether Washington formulates policy with the best interests of the Sudanese people at heart. Any bumps along the road or potential aberrations are interpreted merely as good intentions gone awry, or as a U.S. failure to fully grasp the unique criminality of Khartoum’s ruling clique.

Such a worldview fails to account for decades of U.S. policy toward Sudan, as we document extensively in The Scramble for Africa. For example, Washington provided an “air bridge” of weaponry to the Khartoum-based Nimeiri dictatorship in the 1980s as it prosecuted a catastrophic civil war against Washington’s current allies in the south. This history, as well as the contemporary U.S. machinations in Sudan, is enough to disprove the well-traveled thesis of U.S. benevolence.

In truth, Washington and Khartoum aren’t quite at such loggerheads as their frequent verbal sparring would suggest. As the Darfur conflict was peaking in the years after its 2003 outbreak, Washington was in fact actively collaborating with Sudanese officials and groups directly implicated in the violence, and developed a close intelligence-sharing relationship with Sudan’s notorious intelligence agency (Mukhabarat) during the “war on terror.” The CIA flew one especially odious figure — then-intelligence chief Salah Abdallah Gosh (against whom the UN recommended instituting sanctions) — to Washington for meetings in April 2005. A few years later, in 2008, the Bush administration was even forthrightly dangling the offer of normalized ties — never realized — before the Sudanese government’s expectant eyes.

Open Washington-Khartoum rapprochement is unlikely, given Sudan’s bad PR image and China’s well-cemented position in the country’s booming oil industry. As a result, the United States has turned to cultivating a budding alliance with oil-rich and increasingly oppressive south Sudan, which is poised to join the ranks of independent nations after the 2011 referendum.

To this end, the 2011 U.S. congressional budget includes $42 million “to continue to build and transform the Sudan People’s Liberation Army in Southern Sudan from a guerilla army to a professional military force,” funding for the south’s “criminal justice sector and law enforcement institutions,” and ample resources for smoothing the implementation of the 2005 north-south Comprehensive Peace Agreement (CPA) — the final act of which is to be a 2011 southern vote for independence.

Undoubtedly, south Sudan is one of the world’s poorest regions and is desperately in need of disinterested aid. The United States, however, is not purely focused on state-building. After all, most of Sudan’s oil reserves lie in the south. Washington’s prior backing to Nimeiri as he waged a brutal war against south Sudan, as well as the current actions of regional U.S. allies like Ethiopia and Kenya in providing the SPLM with a steady stream of weaponry, suggest that energy and geopolitics, not democracy promotion, are shaping U.S. policy. According to The New York Times, south Sudan “has shown itself seemingly allergic to dissent, despite billions of dollars in aid money and democracy-building projects” from Washington’s coffers.

Save Darfur’s myopic view of U.S.-Sudanese relations and failure to grasp Washington’s motives in the region are regrettable in their own right. Such deference to U.S. “reasons of state” also have grave effects on the ability of such NGOs to be effective advocates for the Sudanese people.

The Save Darfur Coalition’s activism around the Sudan elections has crystallized around two reasonable-sounding demands: that the United States “make clear” that the vote is “not credible,” and that “the timetable for the referendum in the South should not be affected by the election results.”

The elections have certainly fallen far short of even the abysmally low standards set by liberal Western democracies. A resumption of north-south conflict in Sudan could well make the mass atrocities in Darfur pale by comparison. What’s not to like, then, in Save Darfur’s seemingly common-sense campaign?

First, the campaign is decidedly vague, almost meaninglessly so. After all, how are honest activists to gauge when Washington has made it sufficiently “clear” to Khartoum that it disapproves of Sudan’s bad behavior? Was it enough when a State Department spokesperson commented that “to the extent that the Government of Sudan was looking for redemption or legitimacy in what happened here (in the elections), they will get none of it”? Surely, Save Darfur’s legalese provides Washington enough wiggle room so that it can claim it fulfilled the demands no matter what. And if words aren’t enough, what does Save Darfur have left? To return to its earlier, militaristic roots and suggest backing some sort of “humanitarian intervention” (that is, invasion) in Sudan?

Further, Save Darfur’s elections advocacy is predestined for failure in that it offers nothing beyond calling on Washington to engage in another round of ineffectual finger-wagging.

Sudan under Bashir has survived 17 years on the U.S. “state sponsors of terrorism” list, 13 years of comprehensive sanctions, a 1998 cruise missile attack in the capital, and numerous threats from Washington of “regime change.” Will another round of tongue-lashing actually accomplish anything for the people of Sudan?

No matter what Obama says about the elections, the peace process in Darfur will continue in its moribund state, millions of internally displaced Darfuris will still be living precariously, and the peacekeepers and humanitarian aid agencies charged with their protection and well-being will still be dramatically underfunded by wealthy nations.

Save Darfur’s concern with Sudanese state pageantry, over which it has very little influence, looks even worse when compared to its reticence to hold Washington’s feet to the fire. It could, for example, launch a serious campaign calling on the United States to provide or find a provider for the two dozen support helicopters that the joint UN-AU peacekeepers have been seeking since 2007, quit collaborating with Sudanese officials implicated in human rights abuses, and furnish humanitarian organizations with sufficient financial support.

A more fundamental problem with U.S. policy is supporting anti-democratic regimes on Sudan’s borders and elsewhere in Africa.

A shared opposition to democracy

On Sudan’s eastern border, U.S. stalwart Ethiopia has been preparing for late May elections by “waging a coordinated and sustained attack on political opponents, journalists, and rights activists,” in the unvarnished words of Human Rights Watch (HRW). As documented, the ruling party has been using its “near-total control” of the state apparatus to “systematically punish opposition supporters” and “severely restrict the activities of civil society and the media.” One opposition politician was recently stabbed to death during a raid on his home, in highly suspicious circumstances.

As HRW comments with some understatement, “Ethiopia is heavily dependent on foreign assistance, which accounts for approximately one-third of all government expenditures”; however, “The country’s principal foreign donors — the World Bank, United States, United Kingdom, and European Union — have been very timid in their criticisms of Ethiopia’s deteriorating human rights situation.”

Elsewhere, in the heart of Africa, the U.S.-allied government of Paul Kagame in Rwanda is greasing the wheels for its own elections by “doing everything it can to silence independent voices,” according to HRW. “We’ve seen a real crackdown on critics,” says HRW’s Africa director, which includes “increasing threats, attacks, and harassment” against opposition parties. Tellingly, an article in The Economist noted that while Kagame “vigorously pursues his admirers in Western democracies, he allows less political space and press freedom at home than Robert Mugabe does in Zimbabwe.”

That Kagame also won his second term in office in 2003 with a curiously high 95.1 percent of the vote, and has continued a longstanding Rwandan policy of ravaging the neighboring Democratic Republic of the Congo, speaks volumes about Washington’s legendary commitment to human rights and democracy.

In Egypt, Sudan’s neighbor to the north and the recipient of more U.S. aid than any country in the world except Israel, president-for-life Hosni Mubarak’s nearly 30-year-reign continues unabated — as does the shared U.S.-Israeli-Egyptian policy of sealing off the people of Gaza into the world’s largest open-air prison. Notably, the announcement by Mohamed El-Baradei — “Egypt’s most high-profile dissident” — that he would be willing to contest Mubarak in 2011 in the normally rubber-stamp elections seems to have elicited few smiles in Washington. El-Baradei, the former U.N. International Atomic Energy Agency (IAEA) chief, was a vocal critic of the U.S. rationale for invading Iraq, and recently commented that U.S. policy in the Middle East “has been a total failure.” Though casual observers may expect a warmer reception from the democracy-lovers in Washington for this movement to peacefully oust a ruthless dictator, the kindler, gentler Obama White House appears none too concerned.

Honest Darfur activists should not lose sight of the U.S. support of virulently anti-democratic regimes just beyond Sudan’s borders, and indeed in south Sudan itself. To do so means not only wildly misunderstanding the U.S. role in Africa and the world at large, but also failing to formulate meaningful advocacy calls for Darfur as well.

To effectively advocate for the people of Sudan, we must first understand that Bashir’s open disdain for democracy in the region is amply matched by Washington’s.

This article is a much expanded version of an opinion piece that first appeared in the Los Angeles Times as part of their Blowback series.

Steve Fake, Kevin FunkSteven Fake and Kevin Funk are Foreign Policy in Focus contributors, and the authors of “The Scramble for Africa: Darfur – Intervention and the USA” (Black Rose Books). They maintain a website with their commentary at scrambleforafrica.org.